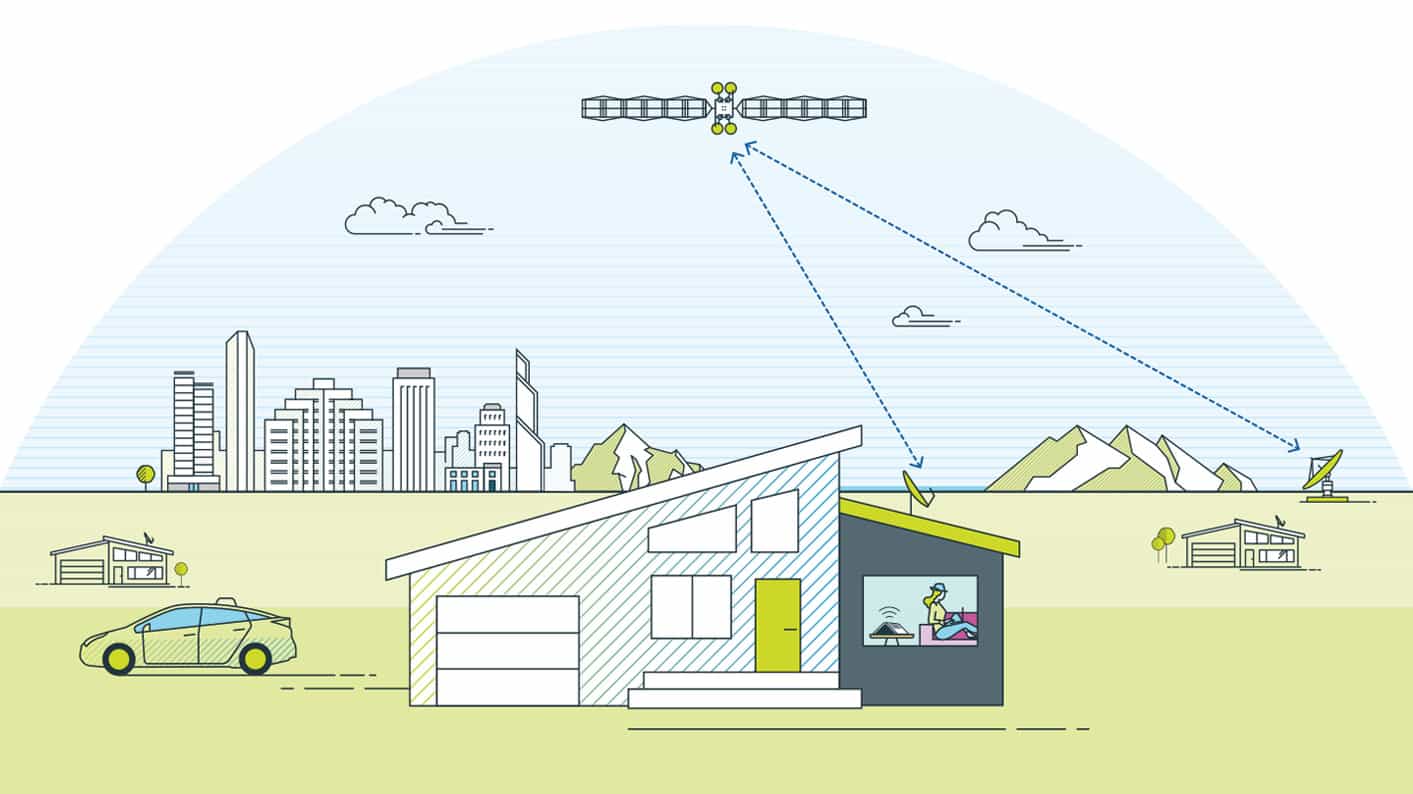 Just as a successful marriage takes the efforts of two, Viasat’s new satellite internet service is a byproduct of two technological marvels.

The ViaSat-2 satellite takes most of the spotlight, but its functionality is unlocked by the ground network – the vital link between space and our customers. The ground network receives and transmits signals from the satellite and manages traffic to and from the internet.

The ground system includes dozens of Satellite Access Nodes (SANs), or gateways, that connect to the satellite via large antennas. SANs are strategically placed to maximize the capacity and availability of the satellite.

ViaSat-2’s ground network has dozens more SANs than ViaSat-1’s, but each SAN uses equipment that’s smaller and more efficient. That adds up to a more powerful and reliable network.

It’s also a very resilient architecture because, if any one SAN goes down, you don’t lose connectivity like you did on previous satellites.

Another new feature of the ViaSat-2 system is the use of cloud technology. Most of the software running the ground network is stored in the cloud. That makes it a much more dynamic ground system so we can keep up with the changing internet. By virtualizing the core applications as well as the ground networking itself, we have a lot of flexibility to scale and add new features.

Those features are critical for a service that needs to keep pace with its customers. As the internet changes and people’s viewing habits change, we’ll use the ground network to accommodate those changes. Everybody’s watching tons of video now. Meanwhile, the Internet of Things continues to add millions of devices.

Because we put so much into our software and virtualization, we have the ability to adapt much more quickly. That’s something that’s going to prove to be really valuable.

We have also improved our data capture on the ViaSat-2 system. That means Viasat can more closely monitor the network and troubleshoot issues more quickly.

ViaSat-2's architectural flexibility makes it unique among communications satellites because it’s capable of responding to changing demand. That gives us the ability to put capacity where we need it, and where it’s most valuable. The ground system works with the satellite to enable us to do that.

One of the issues with previous satellites is you had to make a decision during the satellite’s design about where you want capacity, and at that point, you’re locked in. With Viasat-2, we’re not locked in until we sign up users.

That’s a big deal, because our understanding of where the market and our users are has changed since we started building the satellite five years ago.

That flexibility also lets Viasat accommodate more bandwidth geographically. Internet usage is heaviest in the early evening, which means the demand for bandwidth is greatest in the eastern United States several hours earlier than on the Pacific Coast.

As the heavy evening usage moves from East to West Coast, we have the capability to move capacity along with it.

If all that sounds pretty impressive, just wait until our next generation of ViaSat-3 satellites. These satellites will take another leap forward in capability.

Viasat plans global coverage with ViaSat-3, a constellation of three satellites, each with 1-terabit per second capacity. Service from the first ViaSat-3 satellite is expected in late 2020.

Viasat’s a pretty amazing company in how we continue to innovate. We’re never quite satisfied with what we did the last time. As fast as the internet is changing, we need that ability to continually innovate to keep up with our market.