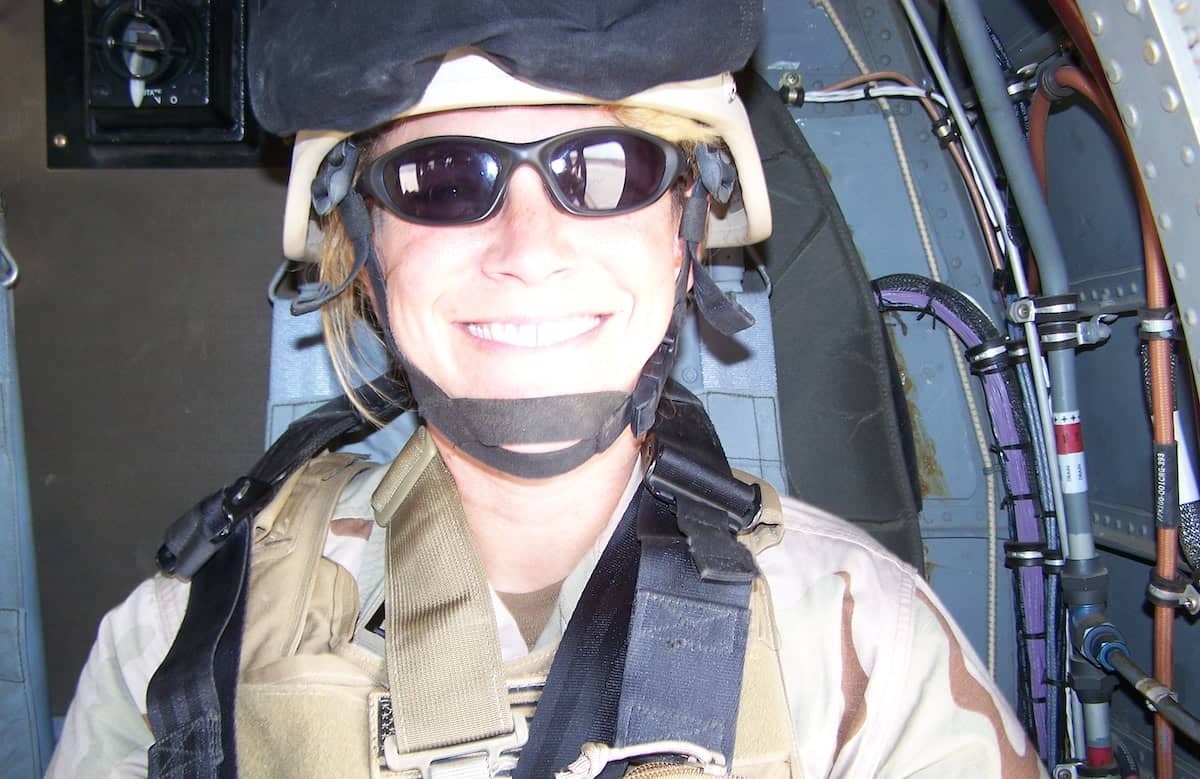 Shannon O’Meara Smith spent more than a decade serving in the U.S. military, an institution close to her heart since childhood. Working at Viasat – a leading provider of cybersecurity and connectivity services to the Department of Defense – she carries the knowledge that her civilian job continues to benefit her fellow warfighters.

For Smith, her current work on the company’s corporate side is a chance to help Viasat grow more cohesively.

“I worked in GS for six years before I was approached about a possible role on the corporate side managing market research and intelligence not only for GS but for the entire company,” she said. “I’d been fielding requests for information from the other business areas for a number of years and I knew there was a gap there, so I was excited about the opportunity to help in an even broader scope.

“This has been a great opportunity to learn even more about Viasat as a whole, to help serve as connective tissue between all the business segments, and it has given me a more complete understanding of how Viasat’s unique business model of agile commercial technology development, combined with an in-depth understanding of the military’s emerging operational requirements, sets us apart from traditional defense contractors.”

It was Viasat’s work with the military that first resonated with Smith.

The Phoenix native grew up in a military family. Her father was a Marine and a Vietnam veteran, and her grandfather retired from the Army after serving in both World War II and the Korean conflict. Their dedication to service made an impression on Smith – a self-described bookworm who also liked riding motorcycles and shooting guns – at a young age.

“From the time I was a little kid, the idea of service, of serving in the military, always appealed to me,” she said. “I am not sure how many little girls in the 1970s had games that centered around being in the Army, but mine always did.”

After graduating high school, Smith enlisted in the Army and left for basic training on Jan. 16, 1991, the day Operation Desert Storm began. Smith learned Russian and served as a linguist – detecting, identifying, and translating Russian transmissions into English.

After more than three years, Smith gave birth to her first child and left active-duty Army, transitioning to reserve status. As a single parent attending college full-time, she thought she was done with active-duty service, but something kept pulling her back. She continued to explore the possibility of serving and eventually rejoined the service as an intelligence officer in the U.S. Navy. She initially served in a standard reserve status but quickly transitioned to a full-time role that led to a civilian position with the U.S. Air Force, managing production within her Navy Intelligence reserve unit as well as a number of civilian intelligence specialists.

The desire to follow in her father and grandfather’s footprints never left her though, and in 2006, Smith volunteered for an active-duty Navy tour in Iraq as intelligence department head for an Explosive Ordnance Disposal (EOD) battalion, managing a team that provided operational intelligence to an Army division, four brigades, 38 joint service EOD teams, and six weapons intelligence teams.

Together, the EOD teams were charged with finding and defusing thousands of improvised explosive devices, which were planted in buildings and on roads, throughout Iraq.

“It was our job to provide indications and warnings regarding current enemy tactics, techniques, and procedures,” Smith said. “I had a dedicated, hard-working team. The mission required that we travel throughout Iraq by helicopter and ground vehicles to deliver briefings and training. Sharing that information was imperative to maintaining warfighter safety, and there was no way to do that other than physically travel to those remote locations.”

“It was at that point I realized for the first time how important secure communications in a battlefield environment can be. We weren’t able to communicate these new risks by any other method than to physically travel and deliver the information in person. That was a dangerous undertaking that also led to delayed intelligence distribution.”

During those five plus years in the Navy, Smith also met her current husband, Gary. Now retired, he was serving as the communications department head for the EOD battalion in San Diego when they met. The two have been married for over 12 years and together have five children. 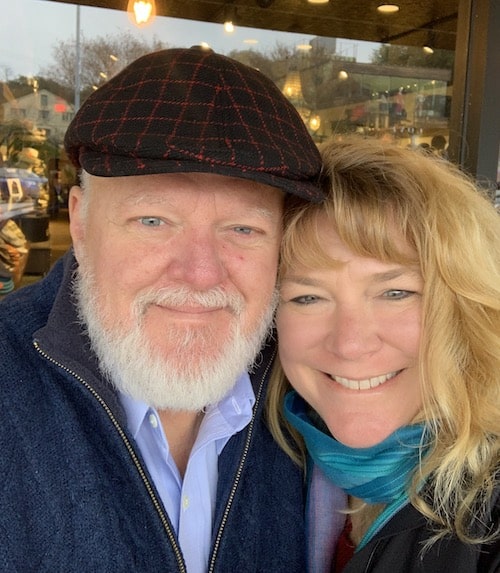 Smith with her husband, Gary

When Smith left the Navy, she worked for two different defense companies conducting market analysis and competitive intelligence, an area perfectly aligned with skills developed in the military. A former coworker who had left the company to work at Viasat suggested Smith consider Viasat.

At the time, Viasat did not have an employee assigned to do the kind of work Smith specialized in.

“The fact that they didn’t have a dedicated market analysis function beforehand was exciting,” Smith said. “Starting the function from scratch appealed to my entrepreneurial streak. Viasat is more agile, more able to quickly shift approaches and business models, and I thought my particular skills would really enable me to make an impact in this kind of innovative, forward-thinking environment.”

Smith originally worked remotely from Phoenix, but in 2017, when GS began to expand its presence in Washington, D.C., Smith moved there. It remains her home base.

While she may live and work far from the company’s Carlsbad headquarters, Smith feels firmly rooted in Viasat.

“I love Viasat as a company, our mission to connect the world, our innovative culture, and all the people I work with here,” Smith said. “Ken Peterman, the president of Government Systems, and his drive to support the DoD and the nation’s warfighters specifically stands out to me as someone who personifies the Viasat culture.

“A lot of veterans work for Government Services, so you still have that understanding of the mission. We’re dedicated to helping our fellow warfighters, and I am proud to say that with Viasat’s technology in place, current intelligence officers are able to disseminate urgent information securely and in real-time in any environment.”