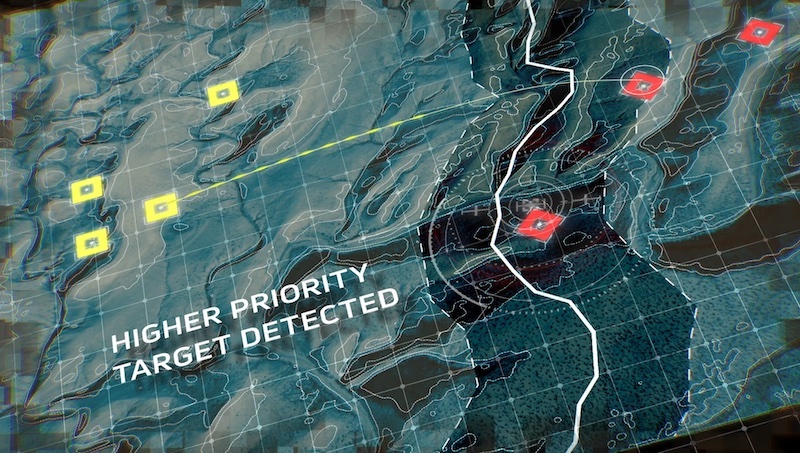 In the age of Great Power Competition, armed forces must retain the tactical advantage on the battlefield, particularly when operating against peer adversaries who seek to disrupt connectivity.

Central to achieving this tactical overmatch is the “kill chain” — a military term that describes a four-step process to find, fix, target and engage threats across the battlefield in a timely fashion.

The kill chain can be applied to every domain, networking platforms, sensors and effectors together on land, in the air, at sea and in space. The shorter the kill chain, the quicker an engagement can be successfully completed.

This need for resilient communications in contested, multi-domain environments was a focus of discussion during the recent AFCEA TechNet Augusta virtual event April 20-21.

According to Earl Johnson, Director of Expeditionary Force Applications for Viasat Government Systems, “brittle, inflexible and rigid” legacy kill chain solutions (also known as “exquisite kill chains”) run the risk of being disrupted and delayed by losses in connectivity and enemy interference, ultimately weakening one’s position on the battlefield. This is something Johnson experienced firsthand in his 32 years of service in the U.S. Army as a Senior Systems Technician and Command Senior Warrant Officer (CW5). Johnson discussed this in an Industry TechTalks session during the event.

“Like any linear structure, if you destroy a portion of the exquisite kill chain, it will significantly disrupt the outcome of an engagement, thereby limiting operational effectiveness and allowing the enemy to hit us before we can hit them,” Johnson said. “So the ability to operate inside of an adversary’s kill chain not only becomes even more essential but even more challenging.”

Johnson added that every communication and networking link in a legacy kill chain will be challenged, making it critical to move toward a newer, more resilient model.

Johnson discussed the importance of armed forces moving towards a more resilient kill chain. Unlike a legacy kill chain, which is pre-planned and inflexible, a resilient kill chain provides greater levels in redundancy and flexibility across the multi-domain battlespace.

“To penetrate a peer adversary’s denied access environment, long-range weapons must be neutralized,” he said. “This presents significant implications for the enabling capabilities that support U.S. Army modernization priorities from a communications and networking perspective.”

A resilient kill chain combines command-and-control nodes (including platforms, sensors and effectors) in a more agile, flexible and near real-time manner across a battlespace. While legacy kill chains operate in silos, a resilient kill chain has the ability to be interoperable with allied nation systems.

Resilient kill chains also allow for adjustments at any time during a mission, providing a convergence of robust and interchangeable sensors to the warfighter no matter what operational restrictions they may face.

“[It] is the ability to have a resilient system for integrating domains rapidly and continuously to prevent a brittle kill chain,” said Wesley, former Deputy Commanding General of the U.S. Army Future Command. “Say you have an exquisite kill chain synchronized 72 hours out, according to the authority to operate. If they’re challenging us in all domains, that kill chain could effectively be cut or bifurcated. So what are we going to do?”

The answer, at least from a technology standpoint, depends in large part on robust connectivity.

Consider a U.S. task force stationed along a disputed border of a hostile nation. Across the border, satellite surveillance networks identify an enemy missile launcher emerging from a cave to launch a salvo into friendly territory.

Upon firing, a Joint Task Force Headquarters quickly predicts the impact points of the salvo, resulting in the decision to destroy the enemy launcher using a network-enabled weapon launched from an unmanned aerial system some 1,500 km away.

Connected to a high-capacity satellite network, encrypted imagery and coordinates are exchanged across a resilient kill chain to confirm targeting data before launch and during the flight of the network-enabled weapon.

In mid-flight, a higher priority enemy asset is detected moving quickly toward the border with new targeting data shared across the resilient kill chain via Link 16 tactical data link networks. The network-enabled weapon is then redirected and destroys the higher priority target. This causes the enemy to recall its missile launcher and pull forces away from the border. Mission accomplished.

Viasat’s end-to-end communications capability provides armed forces with the capacity to effectively establish and manage a resilient kill chain across a multi-domain battlespace at pace.

The cornerstone is our high-capacity Ka-band satellite network employing small spot beams. These are difficult to jam, and they also provide increased bandwidth, particularly for small aperture terminals supporting communications on the halt/on the move.

“The key to operating within contested multi-domain operations is to build up a more resilient kill chain, which will create compounding cross-domain synergies,” Johnson said. “Viasat can play a vital role in shaping the communication and sensors web with our resilient, integrated solutions. Opponents are invested in technology across domains to sever our kill chains.”