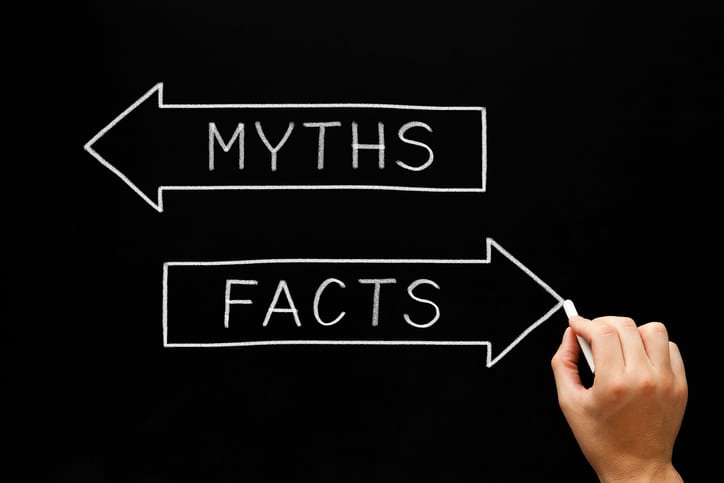 In some ways, delivering satellite internet to a home or business is relatively straightforward: stick an antenna on the building, blast the signal up to a satellite, then back down to a large gateway antenna connected to the internet. In reality, it’s a good deal more complicated than that, and it can lead to some misperceptions about how this technology works. Here’s a look at five of the most common myths about satellite internet.

Myth No. 1: You need a dedicated phone line to make it work.

This is an old one, but we still hear it so we’ll mention it. In the earliest days of satellite internet, it’s true that the two-way signal required a phone line for the upstream side. In other words, you could receive data (downstream) from the satellite, but to upload or send info, it had to go out over a phone line. This problem was solved long ago, and modern satellite internet service has the capability to send and receive through the outdoor antenna (dish).

Viasat Internet offers plans starting at $50/mo in most areas, so we think it’s pretty affordable. It’s true that some DSL and cable services are less expensive, but considering the cost of launching satellites, installing equipment and maintaining a network are pretty high, we think the cost is very reasonable. Plus, in most areas, we install the equipment for free.

Myth No. 3: Satellite internet is slow

It was! When we first launched our WildBlue service in 2004, our top download speed was 1.5 Mbps. It was still a lot faster than the dial-up service available to many of our customers, but still quite slow by today’s standards. Fast-forward to 2018 and things are a whole lot better: Viasat Internet now offers speeds up to 25 Mbps in most areas of the country, and up to 100 Mbps in some places. No other residential satellite internet provider on earth has speeds like that.

Latency refers to the time it takes for a signal to get from one place to another, and since our satellites are 22,300 miles above the earth, latency can be a factor with satellite. But unless you’re doing certain kinds of online gaming (like first-person shooters) or using a particular type of VPN for working at home, latency shouldn’t be a problem. With the most common internet applications, like browsing, email or streaming video, latency is not an issue worth worrying about. We also hear latency makes phone service with VoIP a bad experience, which also isn’t true. Read more about latency.

Myth No. 5: If it rains, my internet will go out

Heavy rain and snow can interfere with radio signals, but again, this is not the big problem some make it out to be. For one, we’ve improved our technology over the years to address so-called “rain fade,” and we keep an eye on the weather and increase signal power in areas where we think there may be a problem. Keep in mind, too, that an internet signal is not the same as a video signal, where even a small loss of signal can cause a total interruption in service. You might see some slowing in a heavy storm, but probably not a total outage, and it shouldn’t last long.