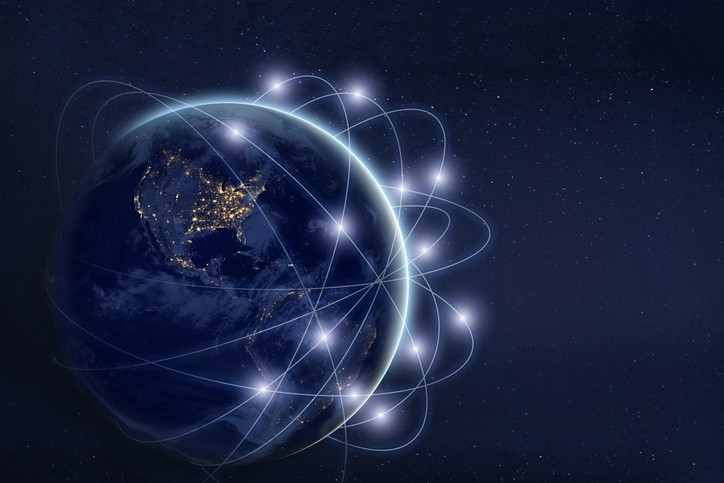 The U.S. government is beginning to embrace a new, entirely integrated satellite communications (SATCOM) Department of Defense (DoD) architecture. In recent months, the DoD has outlined the need to move to what’s called an Adaptive Multi-Networking SATCOM architecture to outpace fast-moving adversary threats. Such a move will likely significantly enhance the capabilities we provide to U.S. and allied military forces operating around the globe.

Private-sector industry leaders gathered at this week’s annual SATELLITE Conference in Washington, D.C. to discuss the enormous opportunity the DoD has when it comes to procuring SATCOM-as-a-service as the DoD looks to develop the most advanced SATCOM architecture in the world.

Ken Peterman, Viasat’s president of Government Systems, kicked off a panel discussion May 8 by highlighting the importance of developing an architecture that fully incorporates commercial innovation in a timely and affordable manner. This, he said, is expected to enhance resiliency, improve performance, enable adaptation to new technologies, and bring new capabilities to warfighters faster than ever before.

“Department of Defense SATCOM architectures can achieve the highest network resilience with a layered, heterogeneous network that encompasses a mixture of multiple private sector and purpose-built SATCOM systems across orbits, frequencies and networks,” Peterman said. “By leveraging private-sector innovation and a service-based approach, the DoD can significantly enhance the capabilities of warfighters operating across today’s digital battlespace.”

Panel members echoed support for multi-orbit networks that offer superior resilience, security and performance capabilities. One panel member suggested the DoD move beyond multi-year leases and employ hybrid networks that are interoperable, not at the physical layers, but at the network (IP) layer.

The DoD had indicated its support of these capabilities. In moving to a new era of Adaptive Multi-Networking SATCOM architecture, the DoD recently laid out key elements critical to making Hybrid Networking a reality. These include:

All panel members agreed the private sector is aligned with this DoD vision for Adaptive Multi-Networking Architectures and stressed the importance of moving to a SATCOM-as-a-service business model to maintain superiority in space.

Multiple panel members outlined the need for the DoD to conduct pilots and empirically measure the performance of private-sector SATCOM capabilities to determine who could deliver the best service depending on the mission needs of a given operation. In addition, panel members highlighted the benefits of purchasing SATCOM-as-a-service—similar to how military bases already pay for utilities like water, electricity and jet fuel, to name a few.

“By moving to a SATCOM as a service model and measuring the performance, the DoD can reduce cost, enhance resilience, improve security and determine which provider delivers the greatest connectivity capabilities required for a given mission. In addition, this approach allows the DoD to avoid vendor lock and maintain fierce market competition to continually improve performance while reducing overall cost to the end user.”

Peterman concluded the panel by highlighting similar hybrid architectures Viasat, and other service providers, have in place today that have been serving government and military customers’ mission needs for well over a decade.

Peterman said: “Hybrid architectures already in place, similar to the Viasat global network that has been serving DoD, high-profile U.S. government, and other customers for more than 15 years, offer insight to DoD leaders looking to transition to a service-based model and validate the enhanced performance, resilience, affordability and security advantages of SATCOM-as-a-Service business models utilizing multi-network, hybrid architectures that are constantly evolving and improving as new satellite networks become available.”

He added: “Viasat is already showcasing the value of hybrid network capabilities for a select group of customers. Viasat’s global hybrid network being used today for high profile U.S. government, DoD, and commercial customers offers insight into the art of the possible for future HAN architectures.”

Peterman went on to detail the steps Viasat took to develop such a network.

“Viasat didn’t start out as a satellite owner-operator, we began as a satellite service provider, so our focus was on the customer experience,” he said. “We have been providing advanced global connectivity services to some of the most high-profile leaders within the U.S. Government, DoD, business jet, and maritime markets via a hybrid system that currently utilizes our satellite networks, as well as those of others, and we expect to continually evolve and incorporate additional integrated services such as real-time network management, visualization and control; real-time active cybersecurity; and real-time situational awareness of every device on our network.”

Ultimately, panel members agreed collaboration is the best approach as we are all in this to better serve the needs of today’s men and women in uniform.

“At Viasat, we believe we have an obligation to provide warfighters with the connectivity needed to maintain a tactical edge across today’s data-driven battlespace,” Peterman said. “As leaders in this industry, we have the opportunity to come together to help create this advanced satellite architecture. I look forward to working with all of you and our counterparts at the DoD to make DoD’s vision for Adaptive Multi-Networking and SATCOM-as-a-service a reality.”