Things to know about video gaming on Viasat

Some games work just fine, while other types of games are impacted by latency 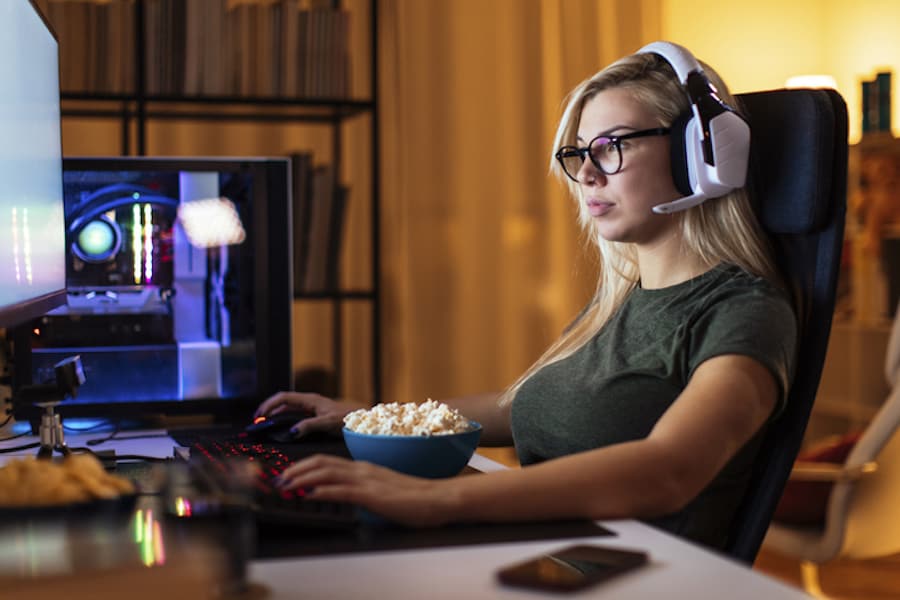 It likely won’t come as a surprise that lots of people play video games. According to the Entertainment Software Association, 60 percent of Americans play daily, and nearly two-thirds of households own a device that is used for video games at least some of the time. Add in the explosive growth of esports (competitive gaming, often livestreamed to viewers), and the video game industry is arguably bigger than the film industry – or will be within a few years.

In any given month, about 30 percent of Viasat customers play at least one game, with about 35,000 gamers online simultaneously during peak times each day. Because the world of gaming is getting more complicated all the time, and because satellite internet has some differences with other ISPs, we thought it was time to answer some common questions about gaming with Viasat.

Can I play video games with Viasat Internet?

Yes, you can play many video games with Viasat. But Viasat is not a good fit for every game, or every type of game. Some games have performance problems or are unplayable, or use up a lot of data on your internet plan.

What types of games work well with Viasat?

Mobile games, such as Candy Crush Soda Saga, will generally work best. So will single-players games, or certain multiplayer games that don’t rely on split-second reactions. Many Viasat customers are able to play Roblox and Minecraft with good results. Turn-based games such as Words With Friends also typically work just fine.

Remember that most games, even so-called offline or single-player games, will try to connect to the internet from time to time. As with any software, you should keep an eye on what your device is trying to download, and manage your high-speed data accordingly.

What types of games have problems?

Any fast-paced game that involves playing with multiple other people in real time over the internet could have issues on Viasat, or on any satellite internet. That’s because satellite has higher latency, or “ping,” than ground-based internet.

Why is latency higher via satellite?

Latency measures the interval between the time you press a button on your keyboard or controller, and the time the game responds to your command. Because our satellites are 22,300 miles away, it takes a bit longer for your commands to beam into space, then back down to the game’s servers.

How does latency impact my experience?

For many online activities, latency isn’t a big deal. In fact, our engineers are often able to create ways of making it less noticeable. But in fast-paced online games, especially competitive shooters such as Call of Duty, latency can cause stuttering, freezing, lag, or other odd effects. Some multiplayer games may limit or block players with high latency to keep things running as smoothly as possible.

Yes. But watch those file sizes – some video games can be huge. For example, a full download of Red Dead Redemption II on PC clocks in at nearly 150 GB! Mobile games tend to be smaller, but can still gobble up lots of data.

Remember, even if you buy a game on a disc, it will likely try to download a newer version from the internet at some point. To make sure your downloads go as quickly and smoothly as possible, we recommend downloading games (or any large files) during times of day when fewer people are online, such as late at night or early in the morning.

Watching game streamers on websites such as Twitch or YouTube isn’t much different from watching other types of video. This means your viewing experience may vary depending on which Viasat plan you have. If you’ve got a plan that’s great for streaming video, it will also be good for watching game streamers. But even if you have a good plan, watching a lot of video will use up your high-speed data and impact your overall performance when the Viasat network is busy. So it’s important to manage your data consumption and remain aware of your data-heavy activities.

Can I use Viasat to stream my own gaming sessions?

If you’re looking to upload pre-recorded clips of your gaming highlights, Viasat will generally work for you. Viasat could also be suitable for someone who occasionally livestreams just for fun. But if you’re a professional livestreamer, Viasat is probably not a good fit for you.

Any other tips for playing video games with Viasat Internet?

Matt Farley is a Social Media Specialist at Viasat. A former entertainment journalist, he has covered subjects ranging from politics to Taylor Swift. His work has been syndicated by the Associated Press and USA Today, among others.