The Link 16 evolution: Making a military communications protocol even better 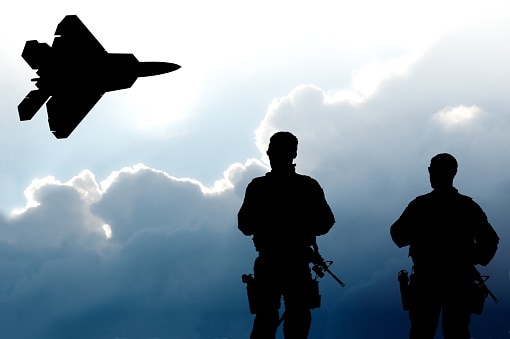 Link 16 is a secure system protocol that allows different military users to share data over the same network.

But like any good thing, everybody wants a piece of the action. As the popularity of Link 16 grows to include more platforms (ships, aircraft, vehicles, drones, etc.) and individual users, it will be important to expand Link 16 capabilities to help U.S. and coalition military forces adjust to new mission needs, enhance situational awareness, adapt to new technologies and improve warfighter safety.

The U.S. military has expressed strong interest in expanding Link 16 capabilities to maintain the tactical advantage needed to succeed across today’s data-driven, contested battlespace. One solution is Concurrent Multiple Reception (CMR) in which a radio can demodulate and decrypt multiple messages from multiple users simultaneously.

“Imagine that instead of a single FM or satellite radio station, your car radio could pick up three or four stations simultaneously,” said Andy Kessler, vice president and business area director for Viasat’s Next Generation Tactical Data Links (NGTDL) systems.

One example is with positional data, where CMR enables more frequent, secure updates on the location of friendly and enemy forces. The data from multiple messages received simultaneously is fused into a common picture.

“This picture that you are seeing on your tactical situational awareness display is more robust,” Kessler says. “The tracks are getting updated more frequently due to reduced latency so the locations are more precise.”

Multi-message capability also allows CMR devices to share data between specific users while still receiving information from the broader network, all in a single timeslot. This is expected to increase the overall network efficiency and capacity because multiple networks can operate in the same theater of operation. Seeing the need to enhance communications capabilities, the U.S. military recently identified CMR as an emerging need for Link 16 products.

Viasat recently took a proactive approach to develop and implement CMR capabilities to fulfill a need from the U.S. military ahead of future requirements. In April, Viasat announced it successfully integrated CMR advancements into the company’s extensive line of next-generation Link 16 products. CMR advancements are now available in the latest versions of Viasat’s AN/PRC-161 Battlefield Awareness and Targeting System – Dismounted (BATS-D) handheld Link 16 radio, as well as its KOR-24A Small Tactical Terminal. One of the key attributes of Viasat’s growing portfolio of NGTDL products is the forward compatibility that is built-in from day one.

Viasat’s proactive approach to its NGTDL product portfolio has already generated significant interest from both U.S. and international customers. In fact, Viasat recently announced its Small Tactical Terminal (STT) has been fielded by over 1,400 U.S. and international customers. In April, the company also announced over 1,000 of its BATS-D radios are now in use by U.S. military customers.

“At Viasat, our culture of innovation and agile development processes allow us to bring cutting-edge technology capabilities to warfighters faster and more cost effectively,” said Ken Peterman, president of Viasat’s Government Systems business. “The flexibility of our architectures allows Viasat to add new NGTDL capabilities, like CMR, in near real-time to keep pace with today’s rapidly evolving digital battlespace and meet the unique needs of each mission.”

CMR strengthens the cornerstone of modern military operations: the coordination of multiple land, sea and air platforms over vast distances.

“This leverages the more robust network infrastructure in a way that previously wasn’t possible because of the limitations of communications,” Kessler said.

He recalls his military service as a Navy F/A-18 pilot, when “you spent your time looking out your cockpit to see where your wingman was. Now you look down at your situational display and see where he’s showing up on your moving map.”

That’s also why CMR will be vital for manned-unmanned teaming, where manned platforms operate in conjunction with autonomous systems. More than ever, human operators will need to be in constant contact with drones and artificial intelligence-based systems at all times.

Viasat prototyped CMR a decade ago as an internal development project that was later adopted by the U.S. government. But the company has been in the forefront of Link 16 technology since the 1990s, with breakthroughs such as the BATS-D radio only the latest in a long line.

“We tried and succeeded in developing, a handheld Link 16 radio,” Kessler said. “There were a lot of well-informed people who said it would be impossible. When we hear folks say that, we get pretty excited.”

“We are proud to advance the industry in the tactical data link market,” Peterman added. “Innovations like CMR are just one of the ways we’re providing the connectivity needed to significantly enhance mission effectiveness and improve warfighter safety across today’s battlespace. We’re looking forward to making what’s next.”