The kill chain will be challenged. Can Link 16 help protect it? 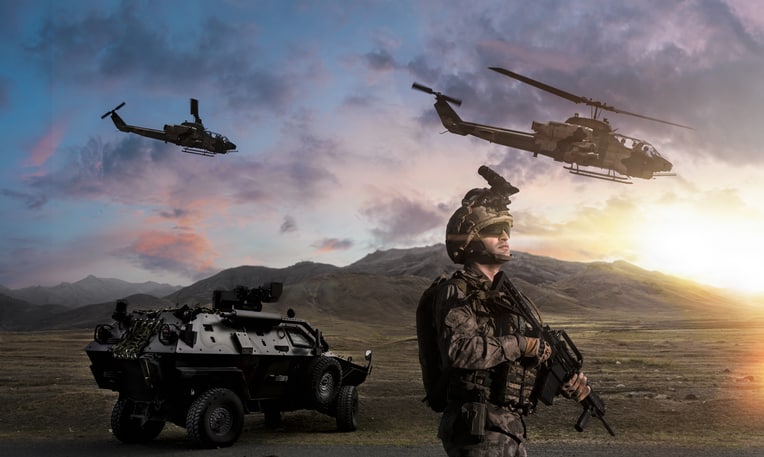 Since the 1980s, the U.S. military has relied on a dominating advantage in the “kill chain.” In campaigns such as Operation Desert Storm, linked sensors, command and control systems and precision-guided standoff weapons enabled U.S. forces to quickly locate and destroy targets while often remaining out of reach of hostile fire.

Today, the era of U.S. dominance and a largely unchallenged kill chain is likely coming to an end. But a familiar and trusted technology might help mitigate some of those challenges.

Reliable communications and networking are the ties that bind the kill chain. But nations such as Russia and China have invested heavily in capabilities to disrupt them, including electronic warfare and cyberwarfare.

Speaking in a Viasat webinar during the Association of the United States Army (AUSA) annual virtual conference in October, Kessler said the result is that the entire kill chain is at risk as adversaries develop the ability to “challenge US forces in multiple domains simultaneously.”

All this is occurring alongside advancements in technology leading to new, longer-range, and faster-strike weapons.

The result is a potentially fundamental shift in the pace of battle. Where once the U.S. had superiority in the classic OODA (observe-orient-decide-act) loop to react more quickly than its opponents, now American and coalition forces face the possibility that a degraded kill chain could allow a potential enemy to be the one in the OODA loop driver’s seat.

“We have to assume that every one of those links that connect these nodes is going to be challenged,” Kessler said.

Better weapons, such as the U.S. Army’s efforts in support of long-range precision fires, aren’t a solution in and of themselves. Adversaries are developing their own weapons to match American capabilities. More fundamental is that the problem isn’t one of firepower, but of reliable communications.

“The kill chain is holistic,” Kessler said. “It is not sufficient just to have better weapons, longer ranges and faster speed of engagement.”

Ironically, despite all the cutting-edge 21st Century defense technologies, it is a Cold War-era system that has promise for mitigating threats to the kill chain. Link 16 tactical networking technology, first deployed by the U.S. military in the 1980s, is now used on more than 15,000 platforms worldwide. It has become a ubiquitous and essential component of U.S. and coalition operations.

But what about using Link 16 as part of the kill chain?

“It has historically not been thought of in this context by the Army for a number of reasons, such as the size of the terminals, and CONOPS (concept of operations),” Kessler said.

In addition to being a proven communications technology, Link 16 also offers the advantage of the “network effect,” in which the value of the information being moved is increased as a function of the additional nodes in a network.

In this case, a challenged kill chain means that multiple redundant paths are necessary to increase the likelihood of messages successfully getting where they need to go on the battlefield. Link 16 becomes a clear way to augment and enhance the fabric of communications as part of the Army’s Primary, Alternate, Contingency, Emergency (PACE) plan.

Despite fears of congestion, Link 16 actually has vast amounts of untapped capacity that could be used to close the kill chain in ways we haven’t even thought of yet.

“Once we switch to a framework where we need multiple redundancies to ensure the various links in the kill chain are connected, there is an outstanding opportunity for forces to tap into this existing network,” Kessler said.