There's a growing need for students around the world to get connected. Those left on the wrong side of the digital divide are falling behind. 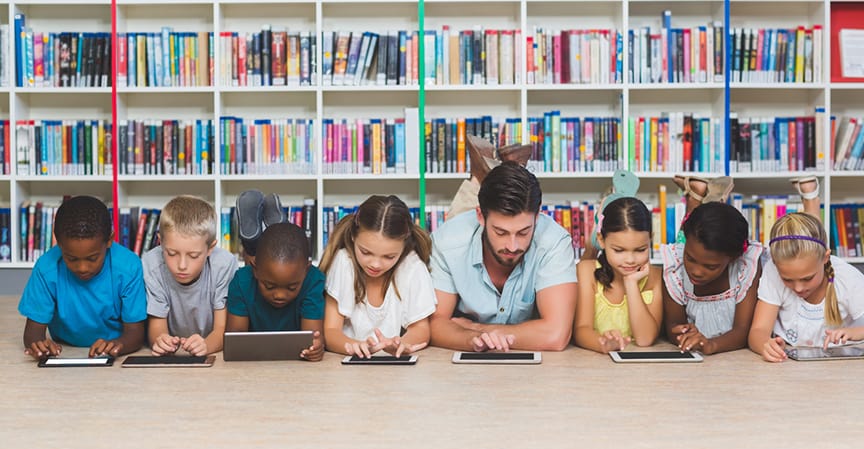 Education in the 21st century is moving ahead by leaps and bounds. Technology and broadband make it possible for anyone who is connected to learn just about anything, from just about anywhere.

The flip side to this is that those without connectivity are falling further and further behind, digitally. That’s a concern not only for students, but also entire countries and economies. An educated and internet-savvy population and workforce are what’s needed to move forward in the digital age.

Broadband is the fastest-growing technology in human history.

Almost one billion people around the globe now have broadband connections, speeds of 25 Mbps or more. Fifteen years ago, those speeds were almost unheard of, and so were many of the educational technologies enabled by them:

Broadband is so important that the United Nations Broadband Commission for Digital Development says it could be the long-sought answer to bringing high-quality, multi-disciplinary education to people everywhere, especially those who need it the most. And broadband’s significance to global learning should not be underestimated.

“Education is one of the most powerful uses to which broadband connectivity can be put,” says Secretary-General Houlin Zhao of the International Telecommunications Union. ITU is the United Nations’ specialized agency for communication and technology.

But while almost three billion people have access to the internet worldwide, that still means that 3.5 billion people are left without it. And being connected doesn’t necessarily mean access to broadband. Just one in three who has internet access actually has the high-speed connectivity needed to take advantage of the latest educational technologies.

Reliable broadband access is a definite problem, even for developed countries like Ireland.  Almost half of parents there say their children aren’t reaching their educational potential because of poor broadband   in schools. In the developing world, like Mexico, where almost 60 percent of the population has access to some type of internet, just 12 percent of schools have access to broadband. The picture is better in Brazil, where one-third of all primary schools, and two-thirds of secondary schools, have broadband. Even Australia has some work to do: Its average internet speed is just 11 Mbps.

This is even more concerning for those in the least developed countries, and those in armed conflict zones. Schools in these areas may not even have reliable electricity. It’s estimated that 78 percent of schools in the Philippines do not have internet, much less broadband. The average download speed there is just 2.8 Mbps. (In the U.S. broadband is defined by the Federal Communication Commission as 25 Mbps). In sub-Saharan Africa, more than half of secondary school students have had no experience with computers at all. In Kenya, just 11 percent of students had access to a computer in school. Indeed, fewer than one percent of internet subscribers in the region have broadband.

Availability of computers is also a problem. Several sub-Saharan countries have so few, that more than 500 students must share just one device. Even in more developed South Africa, the average ratio of students to computers is 75:1.

In so many of these areas, economics, isolation, government policies and war make it almost impossible for schools to have the tools to gain a digital advantage. Fixed broadband providers often can’t operate under these conditions, and find it financially unsustainable, especially in conflicted areas and those prone to natural disasters, where one incident can wipe out an entire network. In Puerto Rico, 95 percent of the region’s cell towers were knocked out after hurricane Maria in September 2017. Most schools there are still without any type of internet access at all. Around the globe, terrestrial ISPs may never reach many rural areas.

This is why space-based internet is so crucial. The UN International Telecommunications Union’s latest broadband report concludes that satellite service is vital to developing nations and to education worldwide. “Recent technological advances and an explosion in capacity will enable space-based … technologies to play a critical role in connecting the other 4 billion and meeting the(ir) Sustainable Development Goals.

The ability to provide internet nearly everywhere is a major goal for Viasat. With ViaSat-1 and our new ViaSat-2 satellite’s increased capacity and greater coverage, we’re well on our way in the U.S., Mexico, Central America and the Caribbean. When the first of our ViaSat-3 satellites launches in 2020, it will add even more capacity over North America while also covering South America. The next two of these satellites will launch over Europe and Africa and Asia-Pacific, providing global coverage and potentially reaching millions of people in areas now completely unserved.