Based out of Viasat's College Station, Texas office, Engineering product manager Kristi Kuykendall is passionate about bringing Wi-Fi to the millions around the globe without internet access. 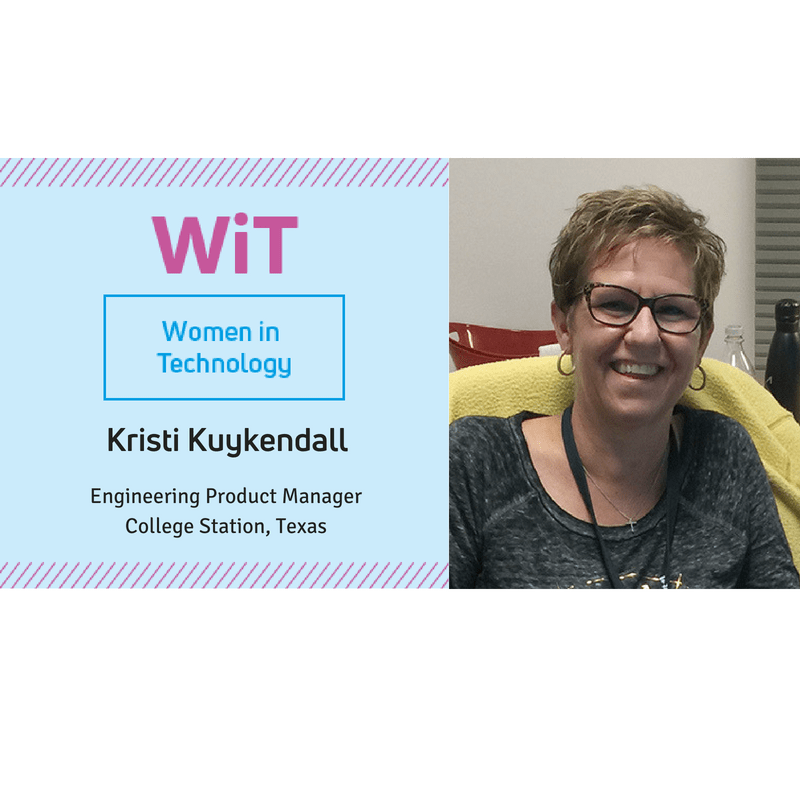 Engineering product manager Kristi Kuykendall bucks the stereotype of the cool, logic-driven engineer. Yes, she’s passionate about processes. But she’s equally as excited about the impact of her team’s work on the people who use it. She’s also a romantic, with an unabashed soft spot for the royal family.

“Who doesn’t love a princess?” said Kuykendall, who woke in the wee hours to watch Prince Harry and Meghan Markle’s May wedding.

The feel-good quality of that event parallels Kuykendall’s perception of her work, and the impact it can have. She’s spent most of the last two years developing Viasat’s Community Wi-Fi service, which brings the internet to areas with no or poor-quality service. For Kuykendall and her team, it’s not just a product, but a tool with the power to make dreams come true.

“Some of these kids didn’t even know it’s conceivable to go to college, or have a life outside their village,” she said. “Having the internet builds aspiration. You’re exposed to the outside world, and you suddenly see all the opportunities in it.”

Community Wi-Fi service is offered in parts of Mexico, and it’s expanding deeper into the country with the new capacity and coverage from ViaSat-2. And with the ViaSat-3 constellation — set to begin launching in 2020 — it’s expected to reach millions worldwide without access to the internet.

“Having the internet builds aspiration. You’re exposed to the outside world, and you suddenly see all the opportunities in it.”

Kuykendall oversees five developers. Together, they’re not only tweaking the existing service but preparing for its expansion around the world.

“Maybe I’m a geek but for me, work is exciting on a daily basis,” she said. “You spend a long time in development, watching it evolve and become a reality. Then you begin to see the fruits of your labor. Then you start to imagine the possibilities of going into other countries – translations, foreign currencies, adding some cultural nuances into the product. All you can think about is, how many more people could use it. How can we get this thing around the world?”

A new model for Wi-Fi

Kuykendall and her team have worked through 18 months of trial and error to bring Community Wi-Fi to its current state. The challenges were myriad, and all of them new.

“We had to start from the beginning and create a partner portal that would support this deployment,” Kuykendall said. “And in Mexico, cash is king, so how we manage accounts changed.”

It was a dramatic change. Instead of buying service with a credit card, a villager pays a shopkeeper cash for a specific amount of data, and then gets a code to log in with.

“It couldn’t have been a better friendship that got started professionally,” Rostad said. “She was another female I could relate to in a pretty male-dominated field. She’s amazing because she is so patient. She takes her very intricate and complicated world and knows how to explain it to whomever her audience is.

“Our business is pivoting and changing all the time, and Kristi’s cool as a cat. And fantastically humored.”

“Humor” and “friend” are words consistently used to describe Kuykendall. 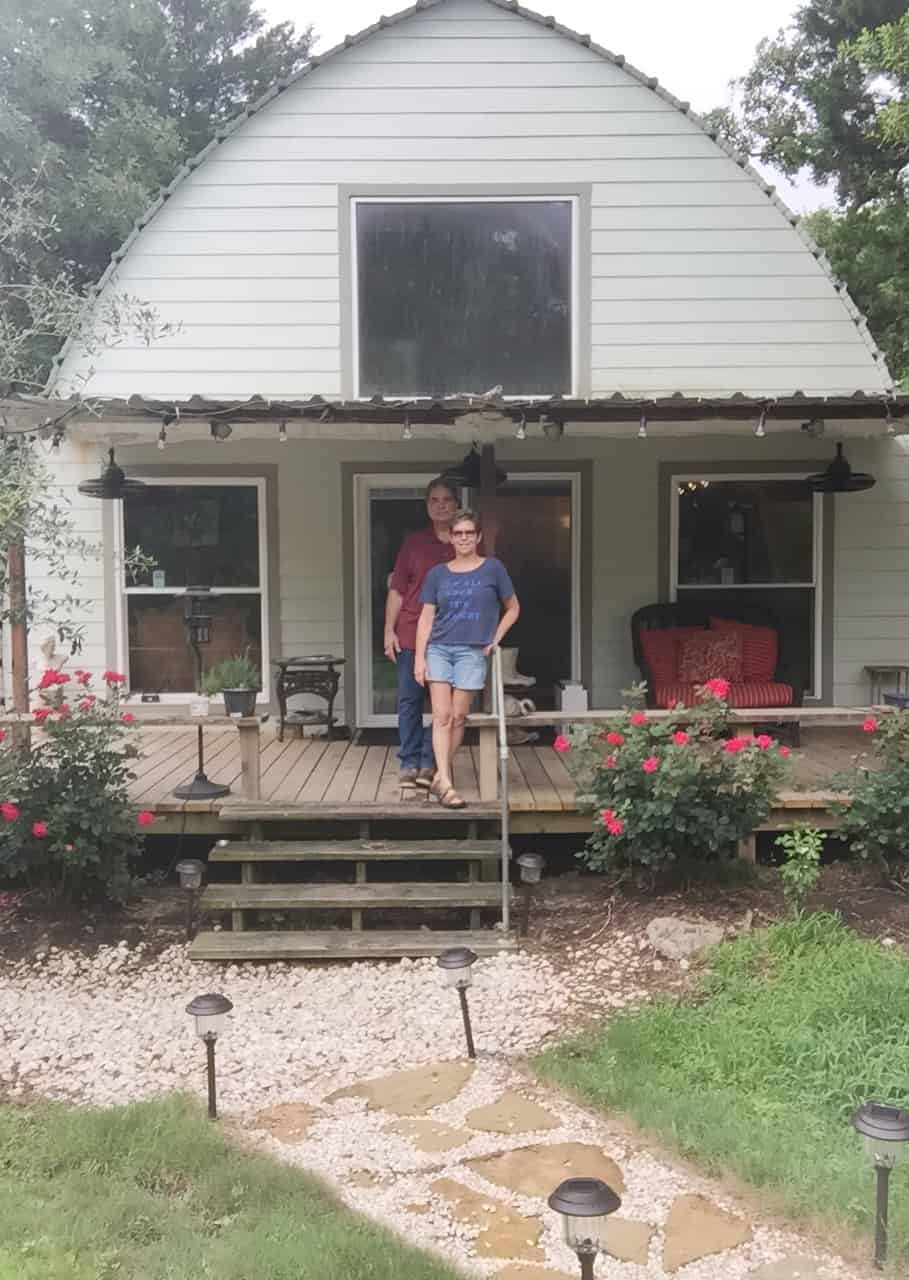 Kristi Kuykendall with her husband in front of the tiny house the couple built from salvaged materials.

“I always end up laughing – a lot – when she and I are working together,” said Viasat Business Analyst Michelle Osterholm. “Kristi is a leader, and so many people look to her for advice, guidance and direction. However, she wears this role with such humility. I’ve learned a lot from Kristi and feel very fortunate to have her as a coworker and friend.”

Kuykendall’s personal life reflects that same enthusiasm and humor. She and her husband live on 20 acres outside of College Station in a tiny house built from salvaged materials. Their goal is to live as close to self-sustaining as possible.

The bond between them goes well beyond that shared objective. The two met on a camping trip when both were 13. Her husband still has pictures of her from the 8th grade.

“He was smitten; I was not,” Kuykendall said. “But I never forgot him. We both left Texas, and ended up meeting again more than 20 years later.

“There’s a kind of beauty in remarrying somebody from your hometown. I can look into his eyes and say, ‘Yeah, we kinda look like grown-ups now, but I can still see the 13-year-old in him. You can look right past all that. And who’s not going to like a guy who saves your pictures from when you were 13?”

In those intervening years, Kuykendall lived in England and has traveled to more than 30 countries. That multi-cultural background plays into her passion for Community Wi-Fi.

Each country the service is introduced to will come with new questions – and Kuykendall is ready.

“A lot of my experience pre-Viasat has been in the international markets; I have a love for it,” she said. “We have to begin to think about cultural fit, a user experience that isn’t 100 percent American. We’ve started our foray into the rest of the world; it’s really exciting and a lot of fun.”