For Alex Duran, Viasat's leadership program proved to be the perfect track 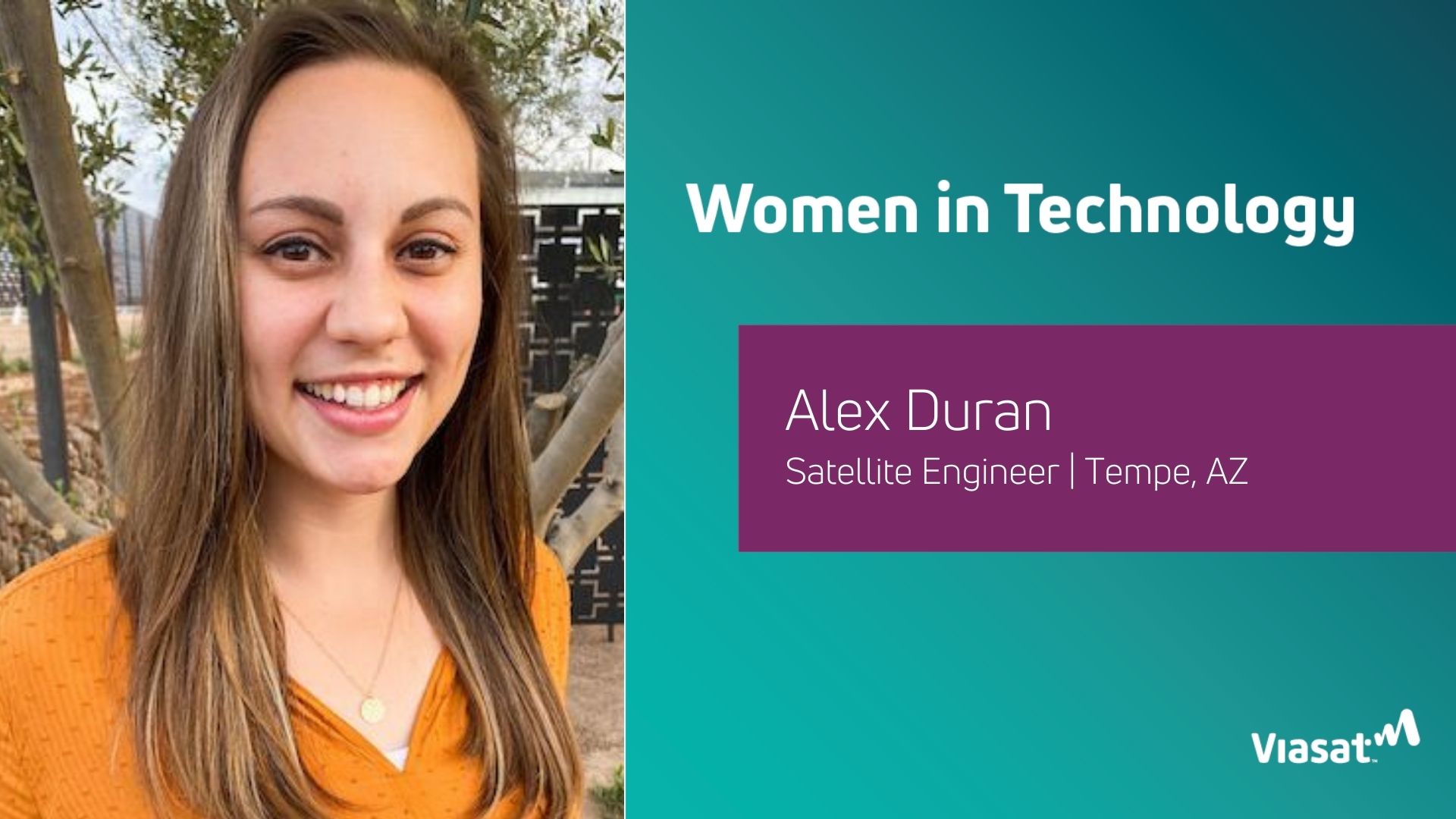 In her time at Viasat, Alex Duran says she has learned so much, so quickly, she often feels amazed. Duran is participating in the company’s Operational Leadership Program (OLP), wrapping up a series of rotations through several positions that began in 2019.

“I always say, when I end a rotation, I don’t even recognize the person I was at the beginning of the rotation; I’ve just learned so much,” said the Tempe-based engineer. “I feel very lucky to have gotten into the program. It’s been a major catalyst for getting me to where I am now.”

The program aims to groom employees identified with high potential into company leaders. Participation is limited and requires a nomination, followed by two years of rotating through a variety of company positions. The goal is to develop leaders with a broad understanding of the company.

While Duran may feel fortunate, her inclusion in the program goes far beyond luck. To join OLP, she employed the same determination and intelligence that has propelled her forward since childhood.

“I think I’ve always had this nature about me – this ability and belief that I can do whatever I put my mind to,” she said. “Whether or not I have the knowledge, I’m going to figure it out.”

That ability has led Duran to her current workspace — in the high bay room on Viasat’s Tempe, AZ campus, where she and other engineers are building the payloads for first two ViaSat-3 satellites. Work on the third is expected to soon follow. As a member of the integration and test group, Duran helps ensure the satellite’s myriad components are working together seamlessly.

“One of the coolest days I’ve ever had at Viasat was when I was able to walk under the satellite and look up into it,” she said. “I was a quality engineer previously, so I have worked on some of the lower modules that get integrated into the satellite.

“To see everything that people have put so much time and effort into actually on the satellite was one of the most amazing experiences. It was kind of like looking at a work of art.”

It was also a powerful highlight in a career that’s just getting started. Duran, whose family lives in the Phoenix area, is the daughter of an electrical engineer. Naturally gifted in math and science, she is also the oldest of three, and learned to lead from a young age.

“As the oldest, I was always the one to figure things out,” she said. “I think that’s what led me to engineering. The background of engineering is all about problem solving.”

Duran majored in biomedical engineering at Arizona State University. She went on to complete her master’s in business administration from ASU in 2018. But her career track took her down a different path than she’d anticipated in college.

“Even though I have a degree in biomedical engineering, I haven’t worked one day in medical devices,” she said. “Instead I ended up getting a job as a quality engineer at a space and defense contractor, working with energetic materials.

“Then I had the opportunity to move to Viasat and be a quality engineer here, which moved me even further into the space sector.”

It’s a field that now feels like home, and one in which she chose to immerse herself. After joining Viasat as a quality engineer in 2017, she learned about the OLP.

“I decided to pursue it myself,” she said. “I reached out to Simon Kuo and had a few conversations with him on it when he decided to be my executive sponsor.”

The experience has been life changing, in ways Duran did not expect. Her current integration and testing (I&T) role is her final OLP rotation. It seems an ideal fit for Duran, who will be charged with leading I&T for the third ViaSat-3 satellite.

“I definitely think I’ve found my passion; that’s what you hope for,” she said. “I&T is multiple things in one; there’s a program manager aspect, a test aspect, mechanical aspects. It’s been really amazing to learn about all those areas at the same time, and I’ve realized how much I actually enjoy learning.

Duran brings that same determination to her off-work pastimes. She and her husband are working together to upgrade the interior of their home. While Duran had no experience in home renovations, she rolled up her sleeves and got to work.

“I started to take on small projects, and then began leap-frogging to where I am today,” she said. “I’m doing some living room built-ins now, and some epoxy countertops. I learn a lot every single time. I tell myself I’ll figure it out along the way, and I have.”