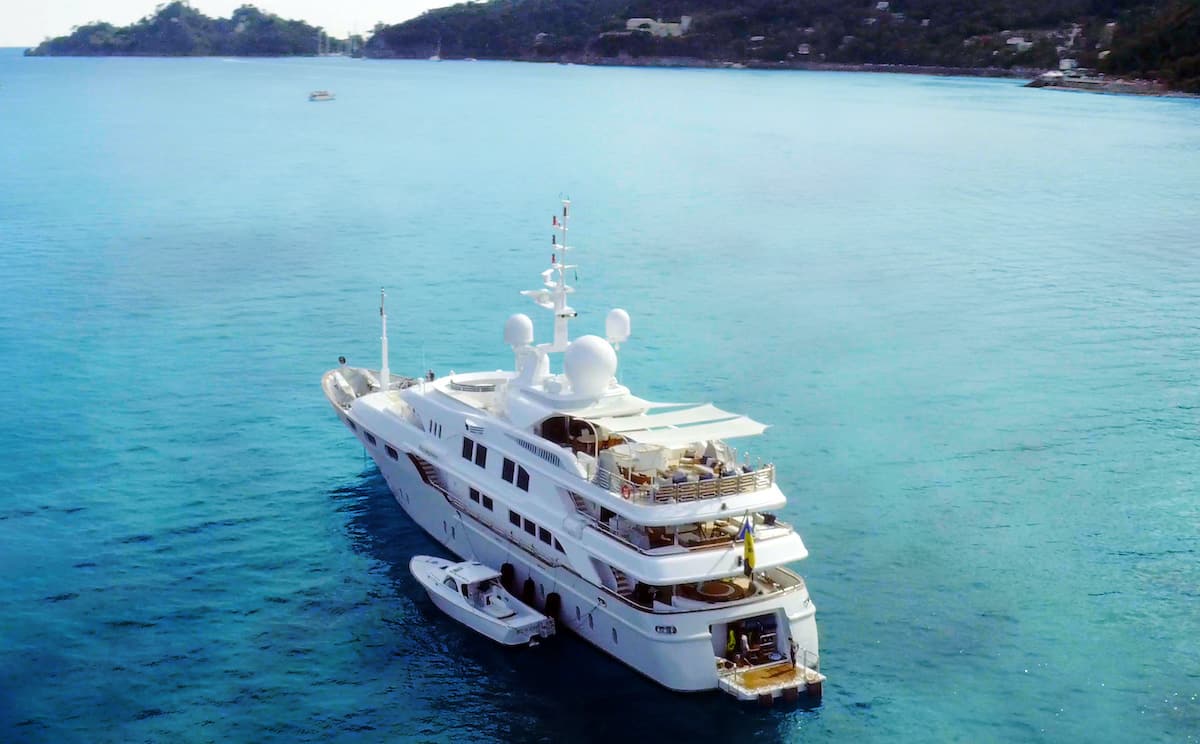 Like most luxury yachts, the 177-foot Starfire spends most of its time either in the Mediterranean or the Caribbean, taking up to 12 guests from port to port. Typical outings include stops in between to swim in clear blue water, jet ski, or just enjoy the view.

“Those are the stomping grounds of the majority of yachts at any given time,” says Starfire Captain Paul Duncan.

Those places are also often beyond the reach of terrestrial internet systems. And while it’s nice to get away from the digital world for a while, having a connection available makes time on the boat more relaxing and fun, Duncan says.

Take the case of a group of mothers on a voyage to celebrate a 40th birthday. After a day to themselves, they would take time to make video calls back home, delighted to see their children’s smiles, Duncan says. Or, consider a group of company executives who chartered the boat for a corporate retreat and needed access to company servers.

Starfire has fast, reliable internet thanks to Viasat, which beams its signal to the boat from high-powered satellites.

No other technology could reach Starfire in all of its remote destinations, much less at Viasat’s speeds. Terrestrial systems fizzle out a few miles from shore, while Viasat delivers data to ships with no speed limits. Typical speeds range between 25 and 50 megabits per second. However, peak speeds in excess of 100 Mbps are possible.

Viasat connected Starfire two years ago through its Viasat Maritime program. Among its customers are luxury yachts like Starfire, larger cruise ships, and offshore supply vessel that service oil rigs.

Starfire had a different provider before. “If a guest wanted to do a video call, you had to tell everybody to stop using the internet,” Duncan says. “Not with Viasat. It’s amazing.”

For his guests, the service is mostly a luxury, along with the hot-tub, the on-deck movie-screening room, and the gourmet kitchen. For his crew, it can be a lifeline, he says. That’s especially true on long voyages, when the crew is taking Starfire from the Mediterranean to the Caribbean.

Viasat’s internet connection also lets Duncan be more spontaneous. On most trips, he’ll take passengers out on the tender, a 36-foot Hinckley “Picnic Boat,” kept on board for trips to shore. The best adventures are into small bays and waterways among the islands.

But those can get shallow in places like the Bahamas, threatening to beach even the smaller craft. So, Duncan always loads an electronic chart of the area into the tender’s navigation system, showing depths, shoreline, reefs, and other features.

But sometimes he’ll have a new idea for a jaunt when he’s out to sea. In the old days, he’d have to rely on chart chips, which could contain out-of-date data or be difficult to source, especially when they found themselves in an area with little notice.

Now, Duncan can just download charts into the navigation system over satellite and be ready to go anywhere, anytime.

“It's fantastic,” Duncan says. “We're able to grab online charts over satellite as quickly as we could from a shore-based setup.”

Starfire is a rare craft. It was built by Benetti, an Italian company that has been constructing boats since 1873. These days, it is best-known for its “superyachts,” like Starfire.

It was built in 1998 and retrofitted in 2012. It accommodates 12 guests and 12 crew. The woodwork is teak, and the crew loads fresh flowers before every voyage.

Now, thanks to Viasat, Starfire has luxurious internet, too.