Space debris is a real, if rare, threat to spacecraft — including satellites

With ever-increasing numbers of satellites around the earth, particularly in lower orbits, space debris can pose a problem. Here's a look at how Viasat mitigates the threat. 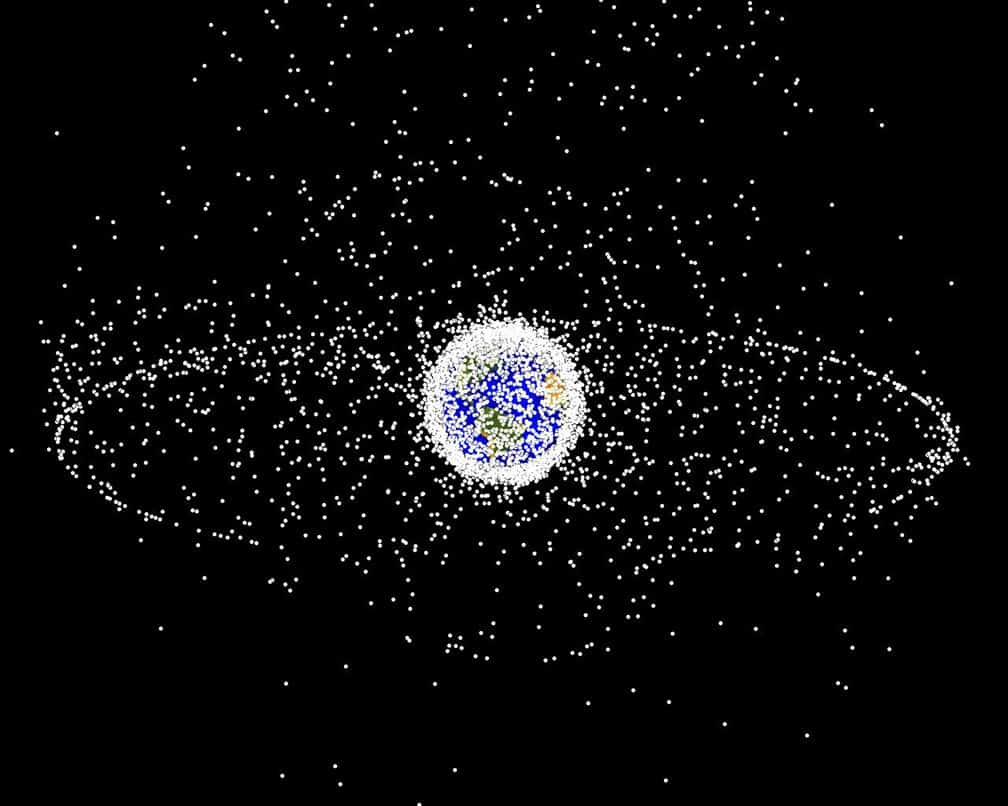 Every so often, crewmembers aboard the International Space Station put on spacesuits and get inside their emergency Soyuz capsule, even though they don’t plan to go anywhere.

They sit and wait out a danger that’s unique to space: debris that whizzes past at 17,500 miles per hour. At that speed, even paint chips can damage a spaceship window, and they have. Bigger objects could knock out solar arrays or smash through the aluminum hull.

The astronauts hunker down when NASA tells them that a collision is possible, and that evasive action may not work. Therein lies the good news: NASA and the U.S. Department of Defense (DoD) keep a very close eye on all the garbage orbiting the earth because it’s a threat to national security. And there’s plenty to track: old rocket boosters, dead satellites, debris from previous collisions, and anything that astronauts may have dropped since Ed White, the first American spacewalker, lost a glove in 1965.

Small things like that tend to fall out of orbit and burn up in the atmosphere. Bigger ones can remain aloft for decades, posing threats to humans and machines. Experts say the day is coming when a “conjunction” — a high-speed orbital crash — knocks out a weather satellite, or interrupts someone’s broadcast of the Super Bowl.

President Donald Trump has joined the chorus of leaders concerned about the threat of space debris. In June, he issued a directive tightening standards for debris mitigation in space and calling upon government and industry to co-operate on tracking orbital trash.

“The main things to worry about are micrometeoroids and debris associated with spent upper stages of rockets and old satellites,” says Dave Abrahamian, director of Space Systems at Viasat. Abrahamian is one of the few people on earth who wakes up at night thinking about collisions 22,000 miles up in space, where Viasat has four satellites pumping data down to its customers.

Several companies are preparing to put huge networks of smaller satellites in low earth orbit, around 1,200 miles up, clogging it like Los Angeles freeways at 5:05 p.m. on a Monday. Low earth orbit, or LEO, is easier to reach, but it takes more satellites to cover the earth from there. SpaceX has plans to put as many as 12,000 little birds into orbit to create its Starlink internet service. A San Francisco startup called Planet already has 175 Thermos-bottle sized satellites in the sky taking pictures of the earth.

“They want to darken the sky with these webs of satellites,” Abrahamian says. “They’re going to have to launch a lot of rockets and leave a lot of upper stages there.”

Viasat, by contrast, can cover entire continents with its geostationary satellites because they are higher up and more powerful.

In total, according to NASA, there are more than 100 million tiny pieces of debris whipping around the globe like supercharged hail. More than 20,000 are bigger than a softball, according to NASA, and some are just plain huge, like the European Space Agency’s Envisat satellite. It’s bigger than a Ford Excursion, and it died suddenly in 2012. Experts expect it to malinger for 150 years before it falls to earth.

"With so much flotsam aloft, we’re lucky to have had relatively few conjunctions," Abrahamian says. In February 2009, one of Iridium’s 66 satellites slammed into a Russian satellite 500 miles above Siberia. The U.S. Strategic Command tracked some 500 pieces of debris so they could warn others of potential crashes. Unlike on land, where we can clean up parts of wrecked cars, debris created in space stays in space for centuries.

Interactive maps of space debris are made with data from the Defense Department’s Space Object Catalog, a database kept since Sputnik went up in 1957. DoD and NASA locate new debris with ground-based radar and telescopes, then model its behavior with computers.

To avoid creating even more orbital debris, satellite operators are asked to comply with requirements set by the International Organization for Standardization in Geneva, Switzerland. Any satellite that won’t burn up in the atmosphere must carry enough fuel to vault itself into the “graveyard orbit,” far above any operating spacecraft. Not all nations follow the rules, though, so the problem persists.

Viasat takes the super-sonic-debris threat seriously. The company is building a new control center in Carlsbad, California, from which it will fly its satellites, modifying their orbits slightly to avoid hazards when necessary. Until now, Viasat has contracted with Telesat of Canada, a company that’s been controlling satellites for itself, Viasat and others since 1969.

While Viasat’s birds fly high above the most crowded orbits, there are unique challenges up high, too. The powerful satellites there cover whole continents by staying in a fixed spot above the equator, matching the earth’s rotation to stay at the same longitude. Right now, there are some 450 satellites parked in these high, geostationary orbits, according to a website that tracks them called “Satellite Signals.” Because hovering over the equator gives maximum coverage for satellite beams, operators vie for this narrow corridor of space, taking “slots” aimed at avoiding collisions.

The result is an orbital autobahn, where drivers must exercise extreme caution to avoid crashes among big craft that could shut the road indefinitely.

“The debris field would be enormous and will stay there for thousands of years,” Abrahamian says. “But most of the operators up there are very good.”

"Space," he added, "is also very big, so there’s plenty of room up in those higher orbits."

Risk is part of the satellite business. Space is a cold, harsh place, drenched in dangerous radiation. Engineers bury fuel tanks deep inside satellites, where they’re protected from grain-of-sand-sized meteors that routinely knock out solar cells. “We periodically take hits from micrometeorites,” Abrahamian says. “We design our satellites to handle them.”