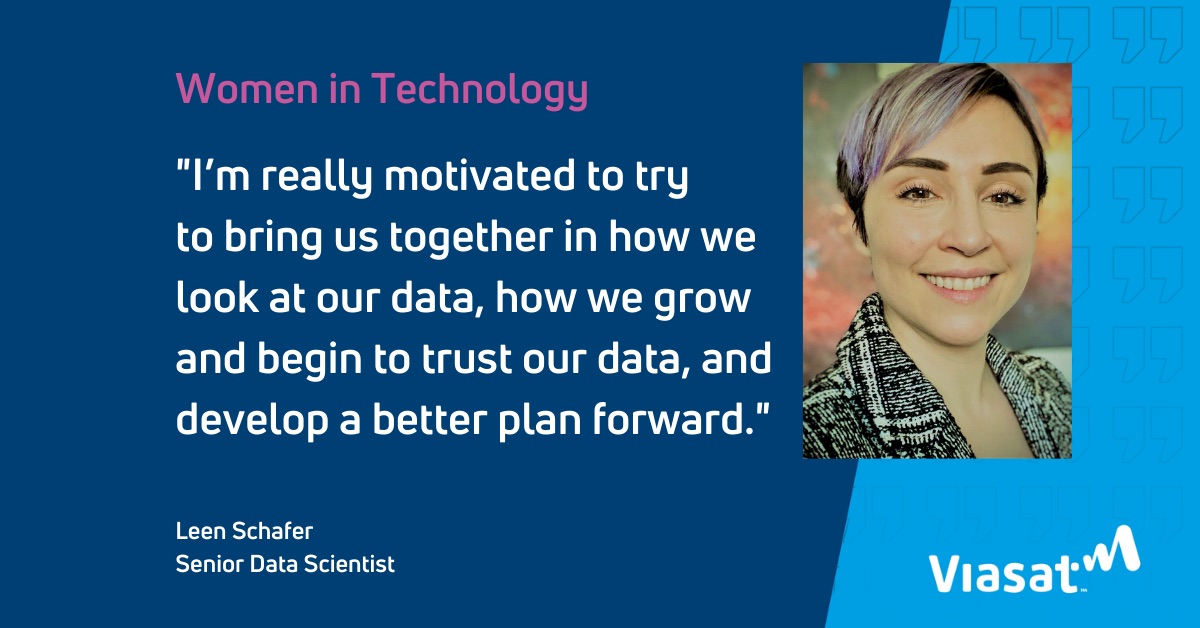 Leen Schafer’s personal and professional path has been anything but traditional, including stints as a nursing assistant, researcher, heavy metal singer, rock climber and mother. But each has opened new doors and provided new insights, eventually leading her to Viasat.

A senior data scientist at the company, Schafer calls problem-solving her superpower, so a company culture that encourages innovation and exploration is a perfect fit.

Schafer recently accepted a position as manager of Chief Information Officer Krishna Nathan's office. In that role, she hopes to accelerate Viasat’s goal of customer centricity through machine learning and data.

“As a company, that will require us to really harmonize all our expertise and collaborate. However I can enable that, I would love to try.”

From healthcare to heavy metal

A lifelong lover of math and science, the Orange County, CA native originally envisioned becoming a medical doctor. After graduating high school in the late ’90s, and lacking the funds to immediately start college, she began working as a nursing assistant. She quickly realized patient care was not in her future.

“I would emotionally attach to the patients,” she said. “I ended up working in different departments, but I would always feel like every patient was my family member. It was very emotionally draining for me.”

While she lost her original career plan, Schafer’s work in healthcare gained her her first exposure to data. She transitioned from patient care to coordinating clinical research.

“I was learning about cutting-edge medicine, how to recruit patients into these trials and manage that data we would generate,” she said. “It was a really great learning experience.”

She then accepted a job as clinical research coordinator with Tufts Medical Center in Boston, managing and reconciling research studies and authoring budget proposals. Spring boarding from that experience, she joined Genzyme Genetics, eventually transferring to their LA office to work as a quality assurance specialist.

The death of Schafer’s father prompted her move back to California. But being on familiar turf didn’t stop her from venturing into new territory.

She joined a couple of heavy metal bands. The most successful, D'evolution, played in the Los Angeles area in the mid-2000s.

“I was the lead singer where I sang/screamed,” Schafer said. “We recorded a couple of demos and eventually considered touring with a label. At that point, I had to take a step back and say, ‘Do I really want to do this?’

“My passion had always been science. Music was a passion as well, but it didn’t engage me intellectually in the same way. So I took the leap. I enrolled for one year in community college.”

While only in her mid-20s, Schafer had enough life and work experience to know what she wanted to study, and where. She won a scholarship at the University of Virginia, and majored in biomedical engineering. She later earned a doctorate in bioinformatics and systems biology at the University of California San Diego.

While working as a biomedical engineering research assistant at the University of Virginia, Schafer discovered a passion for analytics. She was studying breast cancer in the lab.

“The type of breast cancer we were studying at the time was one that did not have a targeted intervention, and that contributed disproportionately to breast cancer-related deaths,” she said. “Using system-wide data analytics, we revealed new key players that drive tumor development.

Schafer ran into some barriers in the healthcare industry that prompted her to look elsewhere for exposure to the innovative technology she craved. Friend and Viasat cybersecurity engineer Jessica O’Bryan suggested she might be a good match for Viasat.

“I wanted to work on the bleeding edge of technology with big data, and I saw an opportunity at Viasat,” she said. “Big data is something I hadn’t worked with before. That was exciting for me.”

Schafer initially served on the analytics tools group data science team, analyzing Viasat’s residential and commercial air services. She later transitioned to the government side of Viasat’s business, working on applications of machine learning for intelligence, surveillance and reconnaissance (ISR).

As part of CIO Nathan’s team, she plans to help enable more segments to collaborate by using machine learning. She believes Viasat’s culture is designed for collaboration.

“I really like the cultural aspect of being able to reach out beyond whatever tree you’re in and talk to anyone,” she said. “It encourages autonomy and you’re also able to transcend your structure. I think that’s really important for growth. When you’re able to look at everything as a system, new interactions reveal themselves.”

Schafer has treasured working from home during the coronavirus. It’s given her more time with her two young sons and husband, which they’ve used to transform the backyard of their San Diego-area home into a multi-generational playground.

Schafer and her husband are rock climbers, and built a climbing wall in the backyard, which also has a trampoline and children’s play equipment.

“It looks like what a 12-year-old would do with a backyard if they had money,” she said.

For Schafer, climbing is much more than physical exercise. It’s another way for her to engage in her favorite pastime – solving problems.

“Climbing is essentially solving a mechanical puzzle,” she said. “It’s simultaneously physically and mentally challenging; sometimes it can be meditative when you are trying to pull a series of movement together. To me, there is no other activity that has this much to offer.” 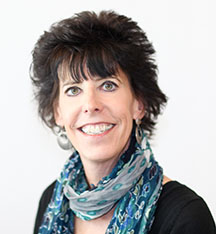