Hypercore president turns to Viasat for VoIP connectivity during lockdown 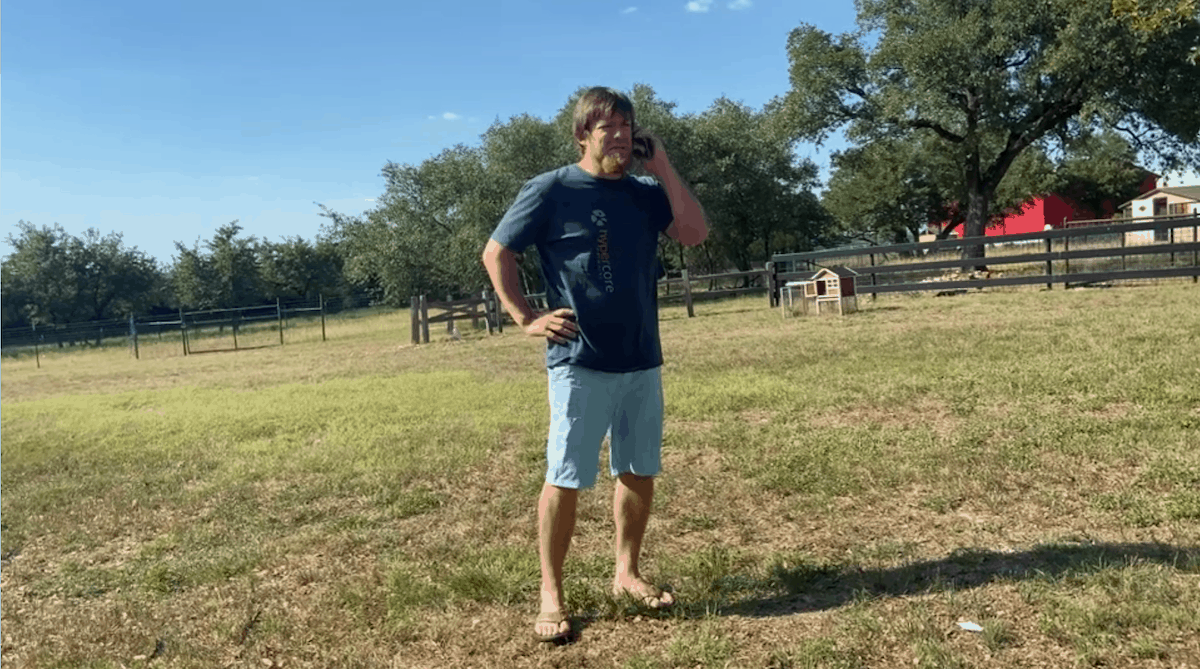 Hypercore president turns to Viasat for VoIP connectivity during lockdown

For Josh Dickinson, it was a worst-case professional scenario. He had moved his family, including a new baby, into a new home in rural Texas just as COVID-19 shelter-in-place orders were taking effect. As president and chief revenue officer of Hypercore Networks, Dickinson makes his living by helping businesses solve communications challenges. But suddenly he found himself forced to work from home on a ranch with no fiber or cable connection and cellphone coverage that was unreliable at best.

In short, he was a communications professional who was no longer able to communicate clearly with his customers and colleagues.

This is when he thought of Viasat. Knowing that the satellite internet provider had nationwide broadband coverage, he looked up to confirm service was available at his new home. Just a few days later, Viasat Business Internet was just wrapping up being installed at his house, when he jumped on a Webex conference call with Viasat and Hypercore’s Chief Technology Officer, Ryan Rostvold.

Josh started the call using his cell service and received the usual spotty connection. That’s when Steve Lusk, Viasat’s director of sales engineering, suggested Josh simply plug in his Hypercore VoiceCore hosted VoIP phone to the newly installed Viasat modem. Josh left the call for a few minutes to take Steve’s advice. From the moment Josh jumped back on the Webex, there was a noticeable difference in the quality of Josh’s voice connection. Ryan also commented on the uptick in quality of the call.

It became an “aha” moment for the Hypercore team as they saw firsthand the ability of Viasat Business Internet to carry third party VoIP traffic. It truly was plug-n-play, Josh didn’t have to take any additional steps to setup the connection, and more importantly, he had a significant improvement over the weak LTE connection he’d previously been forced to use.

“It was great to see Josh have an immediate improvement in his home office communications with our service,” said Lusk. “We’ve all been on calls with colleagues or peers when they have lost connection or sound — or both. Once Josh plugged in to Viasat, you could almost see his eyes light up as he was so impressed with the difference between LTE and satellite.”

Having Viasat in place dramatically improved his work-from-home communications, allowing him to make clear calls and switch effortlessly between cell and satellite connections as needed. He no longer was concerned with being able to conduct business while at the home office. The experience gave Dickinson an even better understanding of his customers’ communications needs during challenging times.

Matt Farley is a Social Media Specialist at Viasat. A former entertainment journalist, he has covered subjects ranging from politics to Taylor Swift. His work has been syndicated by the Associated Press and USA Today, among others.