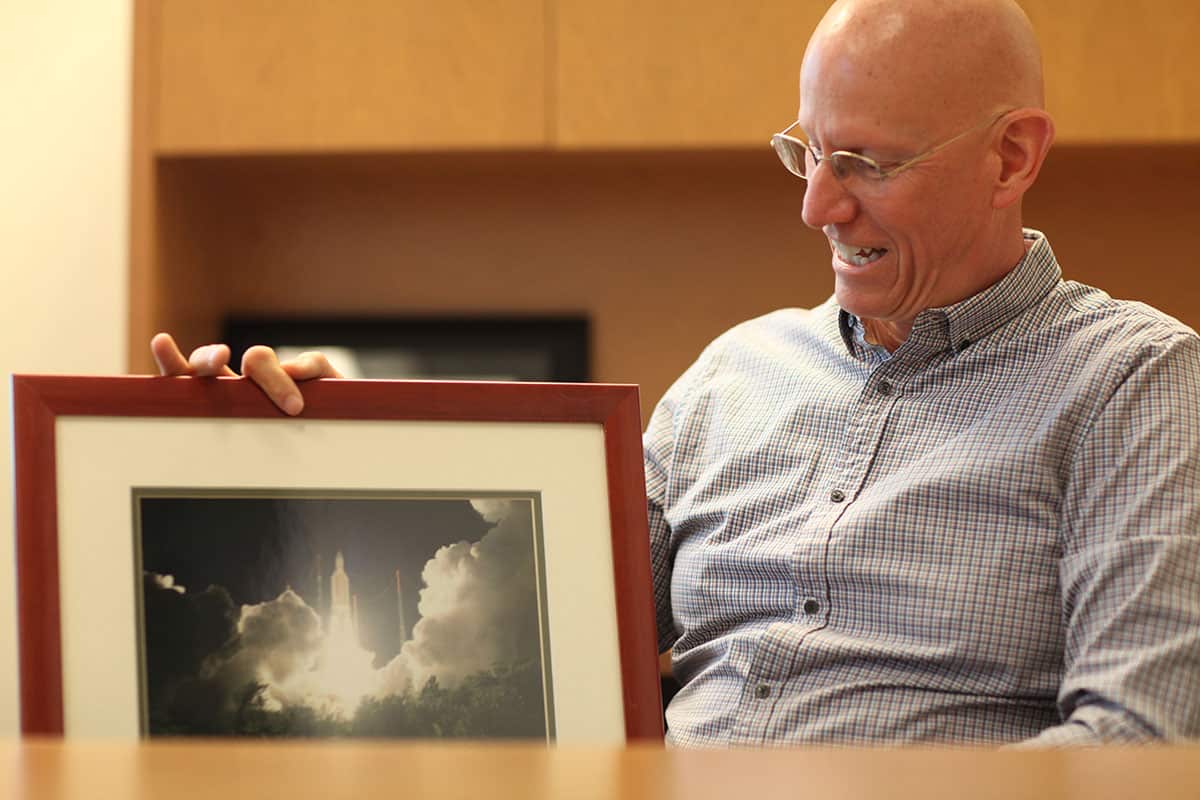 Viasat recently announced that satellite industry veteran Dave Ryan has been selected to lead the company’s new Space Systems segment. Ryan, 64, has been with Viasat since 2016 and brings many years of experience to the new position as president of Viasat’s Space Systems division. We took a few minutes to catch up with Dave to hear what he has to say about the new segment and his role leading it.

How did you come to join Viasat?

I started at Viasat part-time about three years ago after I’d retired from Northrop Grumman. I was having a good time doing volunteer work and riding my bike with a group of buddies in La Jolla, but then I started talking to (Viasat CEO) Mark Dankberg. We’ve known each other forever and we were talking over lunch one day and decided it’d be a good fit for me to help out with Viasat’s satellite development, since I’ve been doing that for a long time.

Last fall, I talked to (Viasat COO) Rick Baldridge about coming here full-time to work on the Ka-band satellite systems and scale up for the ViaSat-3 era. He asked if I’d be willing to run the new Space Systems division and it seemed like a natural fit. I was president of satellite systems at Boeing for three years and I knew a lot of the people in Tempe, since I’d been working with them on the ViaSat-3 project.

Tell us about your new position and this new division of Viasat? 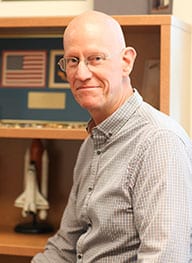 Dave Ryan in his office at Viasat HQ in Carlsbad, CA.

I’m leading two groups. One is led by Dave Abrahamian in Carlsbad, who’s responsible for the satellite antenna reflectors, satellite bus, overall spacecraft integration and launch vehicles. The other is Ken Crawford’s group in Tempe, where they’re building the satellite communications payloads and antenna feed assemblies.

The creation of a Space Systems division shows that Viasat realizes the satellite part of our business is becoming more and more important strategically to the company’s future. Whether that’s broadband delivered to commercial or military aircraft or to residential, it’s all going through our satellites Our path is to keep building more — not just ViaSat-3, but beyond those with even more satellites — while improving them along the way. Having me oversee this part of the business frees up some of our executives to focus on other critically important parts of the business.

We’ll also be standing up a satellite control center, which will oversee the actual flying of the spacecraft. That’s currently done by another company, and bringing it in house it fits in more with our philosophy of having a more integrated system with complete control.

Where would you like to see this division in a couple of years, when ViaSat-3 satellites are launching and deploying?

This is the exciting part because what we’re building now lays the foundations for being able to produce an assembly line of spacecraft in the future. We’ll be building payloads much more quickly than before, integrating them into satellite buses and getting into a cadence where we could have the capacity to launch a new satellite one to two times a year based on what we assess the market needs.

This can be an unforgiving business, which is why I’m here. I’ve touched over 80 spacecraft in my lifetime. The vast majority were tremendous successes, but even with the ones that weren’t, you learn from all of that.

What are some of the challenges you’ll be facing in the near term?

The focus now of course is on the first two ViaSat-3 spacecraft, expected to launch in 2020 and 2021. We’re at the phase of the program where we are testing our design and assessing where it is strong and where it needs to be improved and sorting through all of that. Over the next six months, we’ll be wrapping that up as we integrate and test the payload and then later integrate it with the rest of the spacecraft. It’s a busy time, and I’ll be working closely with Ken Crawford and his team along with Dave Abrahamian and the Boeing team, who I know very well. My primary role is to use my experience to help keep us on track and avoid tripping on issues that could hold us up.

Talk a little about ViaSat-3 and what’s unique about these satellites and the challenge of building and managing them.

ViaSat-3 design has a huge advantage over previous systems in that it has unprecedented flexibility to manage capacity anywhere in the field of view of the satellites. It’s a tremendously fast and dynamic system compared to previous systems which have more static beams pointing to the same places all the time. With those systems, the provider had to make determinations about where to put that capacity long before you even launched that satellite, and it could be a big gamble. With ViaSat-3, we’ll have thousands of beams, with capacity flowing dynamically to where it’s needed.

We’ll be building payloads much more quickly than before, integrating them into satellite buses and getting into a cadence where we could have the capacity to launch a new satellite one to two times a year based on what we assess the market needs.

For example, you could have an airliner over the middle of the ocean with hundreds of people needing connectivity. But the plane is only in the same place for a short period of time, so you don’t want to continue delivering that bandwidth to a place where it’s no longer needed. ViaSat-3 satellites give us the ability to focus the bandwidth at an individual airplane, and to create a fixed grid of beams where we know the plane will be next.

Compared to other companies that build satellites, how does Viasat’s fleet compare?

We’re way ahead. ViaSat-2 has more capacity than any of the other satellites up there, and of course the ViaSat-3 satellites are expected to each have significantly more capacity. And we are making improvements that will be incorporated into the third ViaSat-3 satellite in order to further increase its performance. If we keep our eye on the game, we’ll stay way ahead of the pack.

Are we in the midst of a new space race? How will Viasat lead the way?

I think we are in a new era, and a lot of it has to do with the fact that over the last 10 or 15 years there has been a shift in technology leadership from special-purpose government-developed satellites to commercial ones such as ours. That’s what’s exciting about ViaSat-3: A lot of the characteristics about it will be very good for our government customers, including our global coverage, anti-jamming capabilities, secure, dynamic spot capacity as well as the ability to deploy the latest tech more quickly and at a lower cost. We are already seeing a lot of our government customers being interested in using our services.

The other side of that coin is being able to provide service to millions, even billions of people around the world who’ve either had no or very poor connectivity. As the first truly global ISP, we’ll be in a unique position to address those needs. In addition, our residential customers help keep us on our toes since there’s always a demand for faster speeds and more innovative services. Once a ViaSat-3 satellite is in place, there will be so much capacity that people will be able to do things that they hadn’t dreamed of with the satellite-based internet service they have now.

Have you been interested in space for a long time? How have you turned it into a career?

Oh yes, as a boy I was always fascinated with astronomy. What really turned it into a career for me was when I was getting my master’s degree at Rice University (in Houston) and I met a professor who was an engineer at the Johnson Space Center. I was fascinated and asked him who I should work for if I had an interest in the field. He was working with TRW on the S-band transponder for the space shuttle and he helped me get a job with them. That led me to Redondo Beach, CA to work for TRW, which was later acquired by Northrop. I worked there for 13 years then moved up to Seattle to work with Boeing. After they acquired the space divisions of Rockwell and McDonnell-Douglas and consolidated it in Seal Beach, I moved back to California and worked there until 2005, when I moved over to Northrop. I retired from there in 2014.