Only some applications are impacted by latency 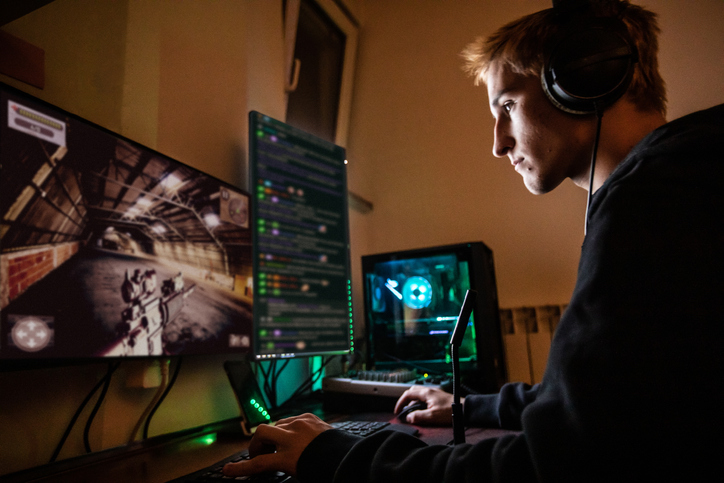 Gaming is one area where latency can be a factor.

This article has been updated.

Satellite internet has come a long way since becoming a widely available connectivity option in the mid 2000s. Back then, while it was an upgrade from dial-up service, it was still in its infancy technology-wise. What it didn’t have in speed, though, it made up for in availability.

As urban and suburban areas moved from dial-up to faster DSL service over phone lines — and later cable and fiber — people outside those population centers were already being left behind in what would become known as “the digital divide.” The infrastructure required to get a wired connection to every home simply isn’t scalable in areas with lower population density. It’s not uncommon even today for homeowners outside the cable/fiber zone to get quotes of $10,000 or more to have cable or fiber brought to their residence.

Unlike service delivered via cable, DSL, or fiber, satellite internet only requires a small antenna on a home or business. The signal comes directly to that antenna dish from the satellite, and the only cable needed is a short one to connect the outdoor terminal to the modem inside the building.

As a leader in satellite internet technology, Viasat has continually worked to improve service with higher-capacity satellites and vastly improved ground networks that provide coverage across 99% of the U.S. and deliver speeds up to 100 Mbps in some areas. Our upcoming ViaSat-3 global constellation is designed to bring even faster speeds and greatly increased capacity to handle data.

Some challenges still remain, and one of them people ask about is “latency.” In the communications world, latency refers to how long a signal takes to get from Point A to Point B and back again. Whether it’s fiber, cable, DSL or satellite, there’s always a certain amount of delay, or latency.

Radio waves sent from a satellite are moving at the speed of light, but because of the greater distances the signal must travel, the latency is higher than that of terrestrial providers. A cable internet signal, for example, may have an average latency of 30 milliseconds (ms), while a signal from a satellite in geostationary orbit might be 600 ms.

If it’s only half a second, how does that impact an internet signal?

In most cases, it doesn’t — or the effect is so minimal as to be barely noticeable. Viasat estimates the amount of latency-sensitive internet traffic is under 10%.

In its most recent Global Internet Phenomena Report, Sandvine reported that about 58% of internet traffic is streaming video, which isn’t greatly affected by latency. The only delay would be at the outset when the stream is starting, but once it’s on, it’s on. Any buffering during video playback — satellite or terrestrial — is likely due to slow connection speeds or network congestion, not latency.

The bulk of the remaining internet traffic is streaming audio, social media, e-commerce, and other applications that are generally not latency sensitive.

Here’s some more detail by category:

Online gaming is one area where higher latency can be a factor. Because of the split-second decisions and movements required in something like a sports or “shooter” game, the higher latency from satellite can make a big difference. Some games just aren’t usable with latency above 100 ms or 200 ms, while other, turn-based strategy games aren’t impacted much at all.

According to the Sandvine report, only about 4% of traffic is related to gaming, not all of which is latency sensitive.

Websites are comprised of a great many parts, and when we open a site, those pieces start flowing over the internet to “build” the site. If you’ve ever opened a website over a slow connection, you’ve experienced how long this process can take. With a fast connection, you may not notice it at all.

Earlier satellite internet service was challenged to overcome the latency delay to allow webpages to load faster. Viasat pioneered the use of software to improve page-load speed over satellite. This led to the creation of the Viasat Browser, created specifically to improve service over any satellite connection. The browser uses a secure “hinting” service, which remembers details of how a site is put together and serves them as needed. The browser respects the security of HTTPS while still helping improve page-load time and overall speed.

The Viasat Browser can also block unwanted content such as privacy trackers, ads, and malware to help provide users with a safer, more private browsing experience.

With so much of the data going over our network being video streaming, this is an area where we get a lot of questions. As noted above, most of the latency associated with video streaming comes primarily at the very beginning. You could compare it to two garden hoses — one short and one long. If you turn on the water to both at the same time, the short one will start watering the flowers more quickly, but once the long one catches up, they’re equal.

Viasat has invested a lot of time and effort into improving what’s called “video shaping” — a way to deliver those digital packets of information as efficiently as possible to reduce those startup times and minimize data usage.

One other area where latency has a small effect is with internet phone service, or VoIP. People talking over satellite with VoIP may notice a slight delay at first, but it soon becomes less noticeable as the ear adjusts.

Viasat offers a VoIP service on our residential and business plans, and many thousands of our subscribers are happy to have it. It’s particularly important in remote areas where landline service isn’t available — and cell service doesn’t reach.

With video-chat, the slight delay is less noticeable because we can see one another. Contrary to some media reports, services like Zoom or FaceTime work just fine over satellite — with just that slight initial delay.

Other applications sometimes impacted by higher latency are virtual private networks, or VPNs. Some won’t work at all, while others may work fine. It depends on how they’re configured.

While latency does present some challenges for satellites in geostationary orbit, Viasat has made great strides toward making it less of an issue. We’re also exploring how hybrid networks (satellite paired with LTE or DSL, for example, or even with low-Earth orbit satellites) can handle latency-sensitive traffic by making routing decisions based on latency. That has the potential to combine the coverage and capacity power of our large geostationary satellites in high orbit with the lower latency inherent in ground-based services and satellites closer to Earth. Advanced networking configurations using artificial intelligence can make instant decisions about each packet of data, choosing the best path for the job.

That “best of both worlds” approach has the potential to greatly reduce latency impacts associated with satellite internet.