Property owners say service is vital for business and safety 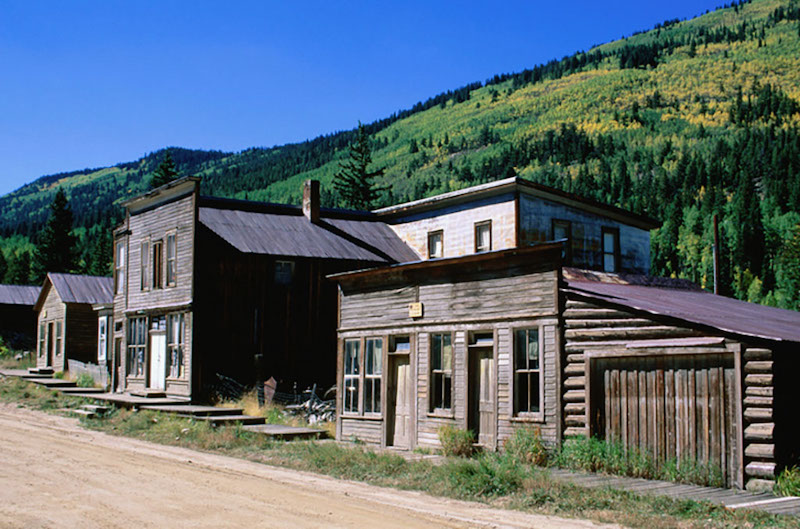 While St. Elmo is known as a ghost town, it's home to several seasonal and year-round residents, many of whom rely on Viasat Internet.

The small group of people who own property in the Colorado ghost town of St. Elmo often act as one. Every Fourth of July, they gather for the annual property owners meeting, where all review how to operate the community fire trailer and pumps. Each fall, several of them hike up from the town site at 10,000 feet to Flag Mountain, continuing the tradition of replacing the flag at its peak.

“We all work together and everybody helps everybody,” said Ann Gore, a Dallas resident who spends summers in St. Elmo. “It’s a real tight community, and of course it stays that way because we’re remote.”

While most of its property owners choose the tiny town for its remoteness, few want to be without some form of communication. In its mining heyday, the only method was the telegraph.

Today, almost all the town’s homeowners rely on satellite internet. Cabins and businesses throughout St. Elmo are dotted with Viasat Internet dishes, a service that doubles as both internet and telephone.

St. Elmo’s 100,000 annual tourists may not know it, but the satellite service is an important amenity for them, too. Voice over Internet Protocol (VoIP) uses the internet to make phone calls instead of a phone line, and that technology has proven critical.

There’s no cell service in St. Elmo, and the closest Wi-Fi signal is an 11-mile drive away in Mt .Princeton.

“Viasat was definitely life-changing for some folks," said Exede dealer Dick Eustis. The owner of Howard-based Eccentric Orbit has installed the service at about 10 St. Elmo properties. “What's especially cool there is the Voice over IP option; that was huge. For years, they’d been trying to get some sort of communication out from there, at least for emergencies.

“It’s a pretty close-knit group up here, and word got out that Viasat was great. The group consensus is it’s the way to go.”

“Viasat has changed the way people live here; they can stay longer,” he said, who also uses his service to process credit card transactions. “Some are business people and they’ve got to be in touch. A lot of people up here are older. They need a phone because they’re scared they’re going to get stuck up here.”

That includes Ann and Bill Gore. Both are in their mid-70s and live about five months a year in their high-mountain cabin.

“It’s important because it’s the means for us to use our telephone,” Bill Gore said. “It makes it a lot easier to stay up there. And my wife just feels better if she can call her daughter every day.”

The Gores are among several of Eustis' senior St. Elmo customers.

Seniors “have got to think hard about being anywhere where they don’t have 911 access," he said. "With Viasat, all of a sudden their beloved summer cabin is available to them for another 10 years because they’re able to get help if they need it.”

The proprietors of the town’s bed and breakfast – whose 2008 structure is St. Elmo’s newest by far - are the only residents who live there year-round.

But Sharon Glidden-Cole, who runs the Ghost Town Guest House with her husband Chuck, said their three guest rooms are rarely empty. They use Viasat to book guests and process credit card transactions. Like the Connells, the Coles also use the service as a connection for their phone.

“Oh gosh, I couldn’t live without it,” Glidden-Cole said. “The internet is drop-dead critical."

Regardless of the location, it's also an amenity most of today's travelers expect.

“Our guests always ask for it," she said. "We had one guest here doing his PhD in 2015 who had a deadline to submit his final paperwork online. It was snowing and the electricity went out. We were snowbound. But we have a generator, and we fired it up. He got it in on time.”

The one subject about which St. Elmo property owners aren’t unanimous is whether their historic home is truly a ghost town.

In eight years of full-time St. Elmo residency, Glidden-Cole said she and her husband have seen no evidence of ghosts.

“We named it the Ghost Town Guest House because we know many people consider old town mining towns to be ghost towns,” she said of their establishment. “We know there are spirits out there, but I don’t know if we would consider them ghosts.”

Mike Perschbacher, whose construction company is renovating many of the old buildings, has spent several uneventful nights in St. Elmo’s oldest buildings. Not haunted, he said.

But Connell and his wife Nora have witnessed things they can’t explain.

“I can tell you they’re all friendly, but there are odd things that happen,” Chris Connell said. “A few years ago, I was here by myself and I could hear music with no power on -- saloon, piano music.”

There are wind chimes that shake and sound without a breeze, a door that locks from inside the empty store, forceful nudges against the couple’s office chair, and a never-wound clock that’s gained six hours since Connell first hung it.

Eustis hasn't seen any paranormal activity, but he doesn't rule out the idea.

"In the middle of winter, only a couple of people within 10 miles, the wind whistling through the trees, clouds scudding by the moon, St. Elmo could be a spooky place," he said. "If there are ghosts that need internet, as long as they promise not to slime me with ectoplasm, I'm happy to do the install."