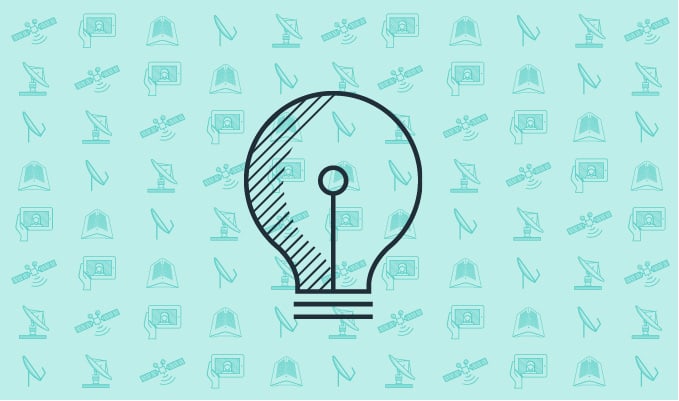 Building and launching a new satellite like ViaSat-2 represents an enormous amount of effort and investment, and it’s certainly among the most high-profile initiatives we do as a company. It’s important to note that the ability to offer download speeds up to and beyond 50 Mbps almost anywhere in the continental U.S. and beyond relies on some breakthrough innovations on the ground as well.

To build a truly great network, we looked at every aspect of it to go above and beyond what’s been done before. And that’s how we’re able to offer a premium internet service, just about everywhere, to all.

At Viasat, we relish solving hard problems — especially ones that translate into a good business for our company while offering a valuable service people want. More than any other satellite internet provider, we’ve pushed the envelope to give people the premium internet service they deserve — wherever they live. If you’d like to learn a little bit about some of the technological innovations that have made this possible, read on.

Our newest satellite is the true hardware rock star. With nearly double the capacity of our previous, record-breaking ViaSat-1 satellite, ViaSat-2 represents another giant leap. All that capacity means we can offer unlimited plans without hard data limits, as well as speeds ranging from 25 Mpbs all the way up to 100 Mbps in some areas. The spacecraft 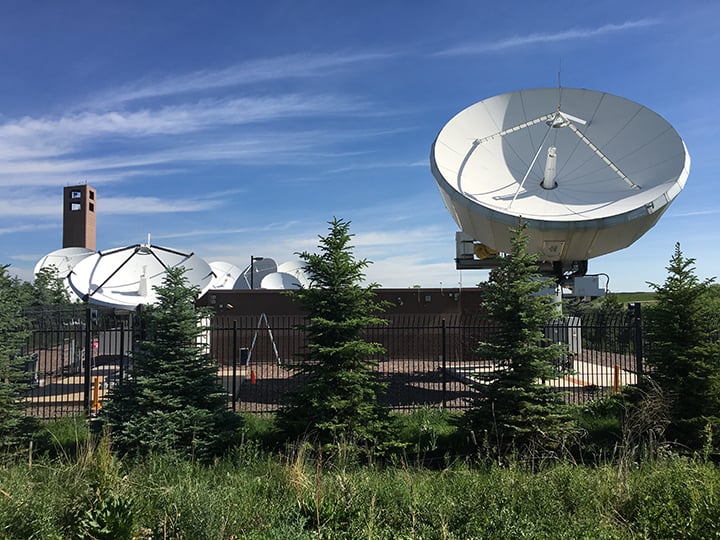 At our Denver Satellite Access Node, the difference in size between the ViaSat-1 antenna on the right and the new ViaSat-2 antenna on the left is easy to see.

is the product of years of research and development between Viasat and our partner Boeing Satellite Systems International, and it’s the most powerful communications satellite ever launched.

But a satellite needs a great connection to earth to really deliver. For ViaSat-2, we built an entirely new ground network with dozens more locations than we had for ViaSat-1. Think about how your cellphone connection is better when it has more cell towers for your phone to access — it’s similar with our network. More ground stations (which we call “SANs” – or satellite access nodes) equates to a more robust network all around. To increase that number, we reimagined the ground station to be smaller, more efficient and less costly than the previous ones.

The new SANs have much smaller antennas pointing up at the satellite. Improved tracking 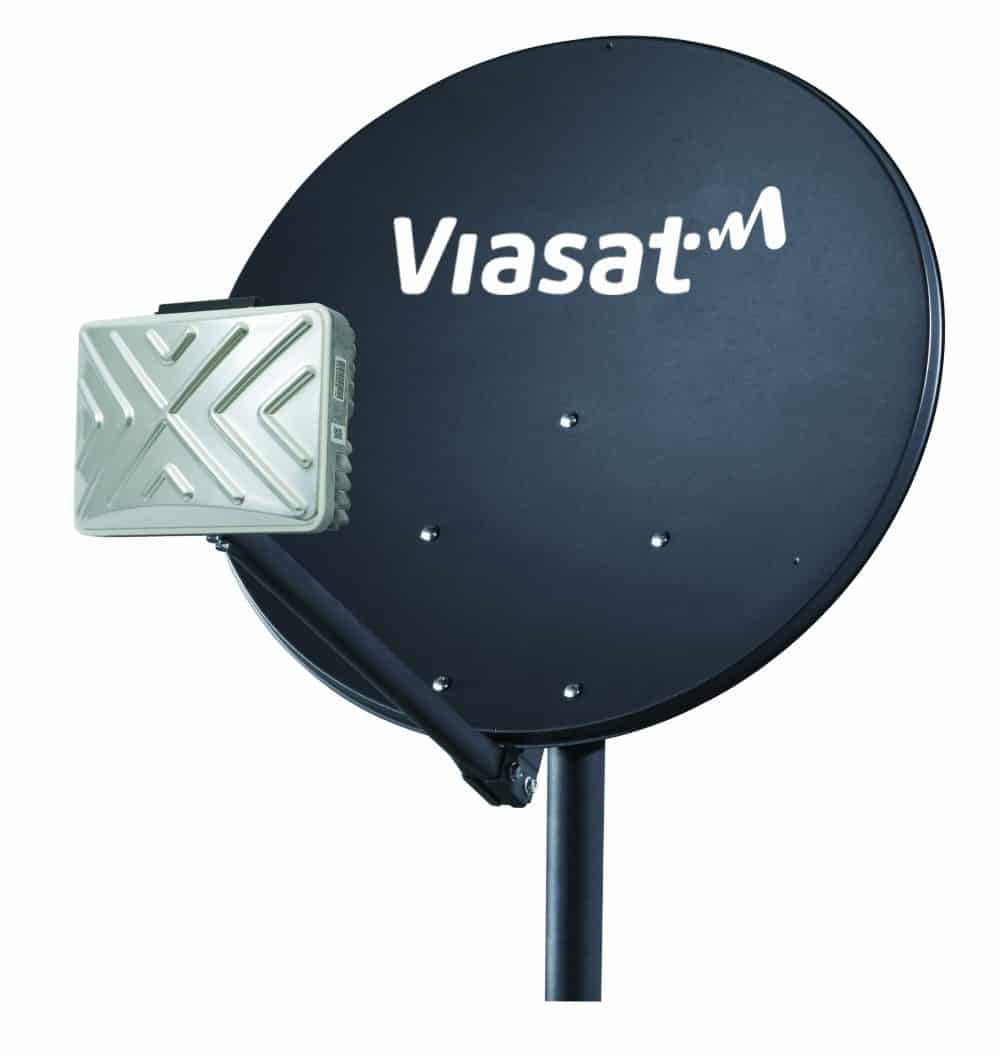 The new TRIA on the outside dish powers the new, faster speeds.

software and mechanics made that possible. And instead of a large room filled with servers, we moved all of that computing power into the cloud. That did away with the need for a larger facility with backup generators, fuel tanks, and all of that.

At your home or business, we also redesigned the outdoor equipment with a different style of TRIA. That’s the unit at the end of your dish’s arm that’s the primary radio connection to the satellite. By moving some of the functions that used to be on the inside modem, we made it easier for a technician to service your equipment without having to enter your house. This larger TRIA also contains the advanced electronics to support the higher speeds offered with the new ViaSat-2 plans.

For the inside, we designed an all-new WiFi Gateway that includes three vital connections in one sleek triangular box: the modem that connects to the dish via a short cable, a much-improved wireless router, and a VoIP phone adapter for those who want to use our Voice landline service. 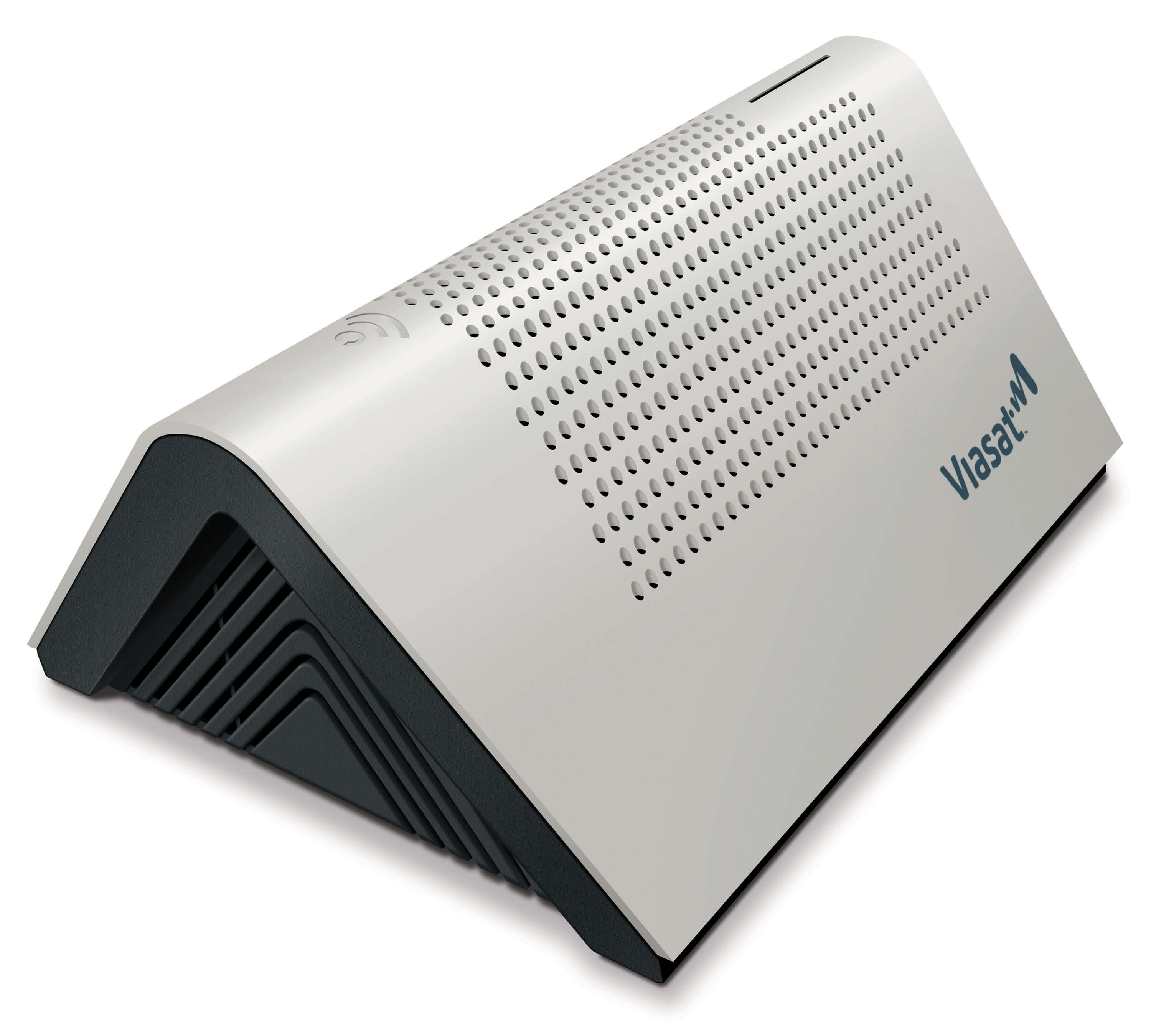 A new way of managing video

Much of the new & improved software is contained within the aforementioned satellite, SANs, TRIAs, and WiFi Gateway. But we’ve also introduced a new way of optimizing video that’s at the heart of our unlimited plans. The reason for this is related to a change in how people like to get their entertainment. With the shift toward “cord cutting” — where people tired of paying for cable TV choose instead to stream shows over the internet with services like Netflix — we knew we had to offer a service to accommodate all this streaming.

Video streaming uses a lot of bandwidth, and that ever-growing amount of data consumption can challenge any network. Our solution was to give people the option to stream video at different rates while still offering an unlimited experience. If you primarily watch TV and movies on a phone or tablet, you might be fine with lower resolution streaming at 360p. If you need higher resolution for watching on larger screens, we offer those options as well. The ability to manage all this is made possible by a sophisticated platform that optimizes all of those video streams, allowing more of our customers to watch more video.

So yes, the new satellite is a big deal. But to build a truly great network, we looked at every aspect of it to go above and beyond what’s been done before. And that’s how we’re able to offer a premium internet service, just about everywhere, to all.