Satellite broadband is an essential tool for closing the digital divide — and access to the required spectrum is essential to the effort. 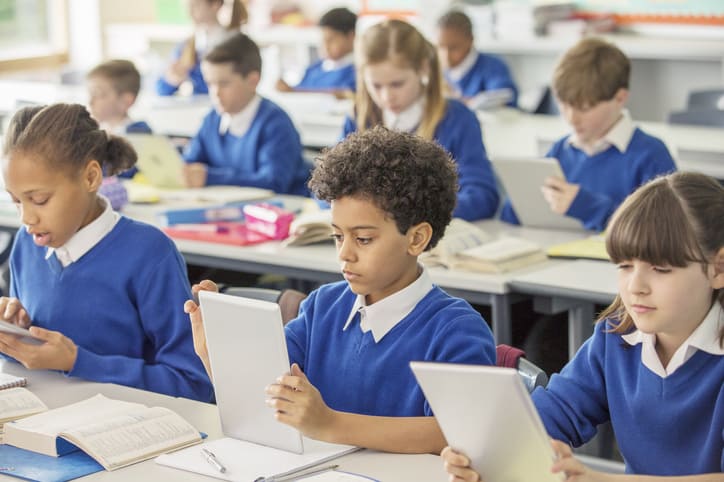 Affordable high-speed broadband is the most transformative technology of our time. Enabling high-speed satellite broadband access everywhere is not only an opportunity equalizer, but also an economic imperative.

Today, an estimated 3.8 billion people still do not have basic Internet access.

Satellite broadband investment and deployment is changing that by providing affordable and reliable broadband at up to 100 Mbit/s per user.

This unlocks opportunities in ways previously impossible — improving the way we live and work.

Because satellite broadband can connect anyone to everything, and anywhere, it is an essential tool for closing the digital divide — in urban and rural settings alike.

In November, the World Radio Conference (WRC-19) will address ways for satellites to continue and expand using critical 28 GHz spectrum to bridge digital divides by extending global broadband access. In the meantime, some national regulators are feeling the pressure to abandon the well-established international harmonization process in favor of ad hoc national decisions that would primarily benefit the already-connected, with little or no new coverage for those who have been left behind.

Various proposals have been made to have regulators end run a 2015 ITU WRC Resolution that declined to include 28 GHz spectrum as a candidate band for international mobile telecommunications (IMT)/5G, and to instead promote 5G services in that spectrum. Any such changes would only extend the existing digital divide by further separating the unconnected from the digital economy.

Today, a single 28 GHz band satellite can serve 1/3 of the Earth. The wide coverage provides all communities within a satellite’s footprint access to service. Coupled with easy to deploy user terminals, this means that consumers and businesses have near-instant access to fast, affordable broadband, anywhere. People can stream their favorite videos at home, walking around town, and even on an airplane. 28 GHz satellite-powered Wi-Fi now connects millions living in urban and rural centres and villages — many for the first time.

Enabling connectivity transforms economies and societies. When satellite broadband connects underserved communities, students can use the same educational resources as a child in the most affluent community. The unemployed can search for and apply for jobs once unknown to them.

Workers can develop new skills for better paying jobs. Farmers can plan for short-term weather and market changes. Local shops can reach global markets. Everyone can climb the economic ladder and build communities in place.

But it’s not just about what satellite broadband empowers people to do, it’s also about what policy-makers and society can achieve.

Satellite broadband unlocks new opportunities to solve problems in ways never imagined before. For example, many of the United Nation’s Sustainable Development Goals, such as improving health, lifting people out of poverty, and boosting education, depend on universal and affordable access to broadband:

ITU has played a critical role in making these opportunities possible through 28 GHz satellite broadband. Regulatory certainty has enabled billions of dollars investment in 28 GHz satellite infrastructure. The satellite broadband networks launched in the last four years using these bands, coupled with those under construction, have empowered hundreds of millions of the world’s disconnected inhabitants to leap into the digital world, despite the longstanding failures of terrestrial networks to serve their needs.

The WRC this year will be even more pivotal. Leaders will address issues that are critical for shaping the scope and reach of the satellite-enabled digital opportunity. These decisions will further allow satellites to meet people’s needs, extending digital opportunities into vital new realms like connected emergency vehicles, cars, aircraft, trains, buses, tractors and ships. These new opportunities — not achievable globally using any other technology — will create even more jobs and industries in sectors of the economy that have been disconnected for far too long.

Administrations should continue to support the continued deployment of satellite services in the 28 GHz spectrum, and accommodate 5G spectrum needs in other frequency bands. Doing so is the only way to connect the three billion people who are otherwise being left behind.

Chris Hofer is director of regulatory affairs for Viasat.