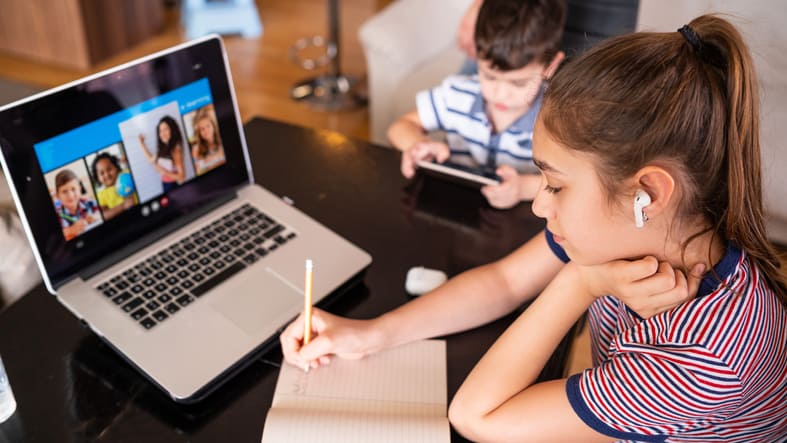 School districts across the country are starting a new academic year in perhaps the most challenging environment in modern history. While some are returning to the physical classroom, many more are launching the year online — or in a hybrid virtual/in-person setting.

With so much unknown, one thing is clear: This year more than ever, students need a reliable internet connection.

But many of them don’t have it. Statistics show more than 9 million U.S. students don’t have home access to high-speed home internet. A disproportionate number of those students are in rural areas, where many internet service providers don’t go.

Education experts say the consequences of the gap between those who have access and those who don’t could have long-term impacts. Some call it a national crisis. And one Texas educator likened it to closing the school’s doors to those without internet access.

Statistics tied to education and internet access in the age of the COVID-19 tell an alarming story:

Bridging the gap is not easy, particularly in the face of a crisis like COVID-19.

Many school districts have found the funds to provide students with laptops, tablets and other devices. And companies are also pitching in with creative solutions. Companies like Google are introducing and updating remote learning services to help teachers and students as they start the fall semester. All those offerings, however, rely on students having an at-home internet connection.

Similarly, schools, businesses and ISPs – including Viasat – are providing free Wi-Fi hotspots, so students are gathering to do school work in cars in the parking lots of schools, libraries and community centers. But these are temporary solutions.

“It’s not financially viable for the cable and DSL companies to extend service to rural homes,” said Viasat’s Vice President of Marketing Steven Mesnick, “At Viasat, we made an investment in a robust satellite network accessible to almost everyone. We didn’t cherry pick which areas get service and which don’t. We’re open to all, no matter where you live – whether it’s a high-density or low-density area.”

That wide accessibility has proven to be extremely valuable during the COVID-19 crisis, and subscriber numbers bear that out. In spring 2020, Viasat experienced a strong surge in demand, along with a spike in overall residential and business internet usage from added work- and school-from-home activities. As many students resume remote classwork, those numbers are growing again.

“We’ve seen significant growth in the last two to three weeks – not as significant as April but definitely another spike,” Mesnick said.

As a satellite provider, Viasat is less vulnerable to service interruptions tied to utility cuts, natural disasters and other issues common to traditional ISPs. In addition to being a good option for primary residential service, it also serves as backup for many residential and business customers.

“In a world where your kids’ education and your ability to do your job is all predicated on having the internet, you can’t afford to have the internet go down,” Mesnick said. “You may need a back-up solution.”

Viasat is also filling internet connectivity gaps with non-traditional solutions. In Mexico, Viasat Community Wi-Fi hotspots bring high-speed connectivity within walking distance of nearly 2 million people in remote communities across Mexico, most of which have never had internet service. The company is expanding that service into Brazil, with plans to provide Wi-Fi connectivity to more locations throughout the world that currently have no or slow internet connections.

While Viasat can’t provide internet to all those who lack it yet, the company is steadily working in that direction. With each satellite launched, it’s provided new service to those who before had limited or no options. ViaSat-2 expanded our coverage throughout North America and into Central America and the Caribbean – seven times that of ViaSat 1's coverage.

Its next series of satellites – ViaSat-3 – is expected to cover most of the globe, potentially bringing internet service to millions that do not currently have access.