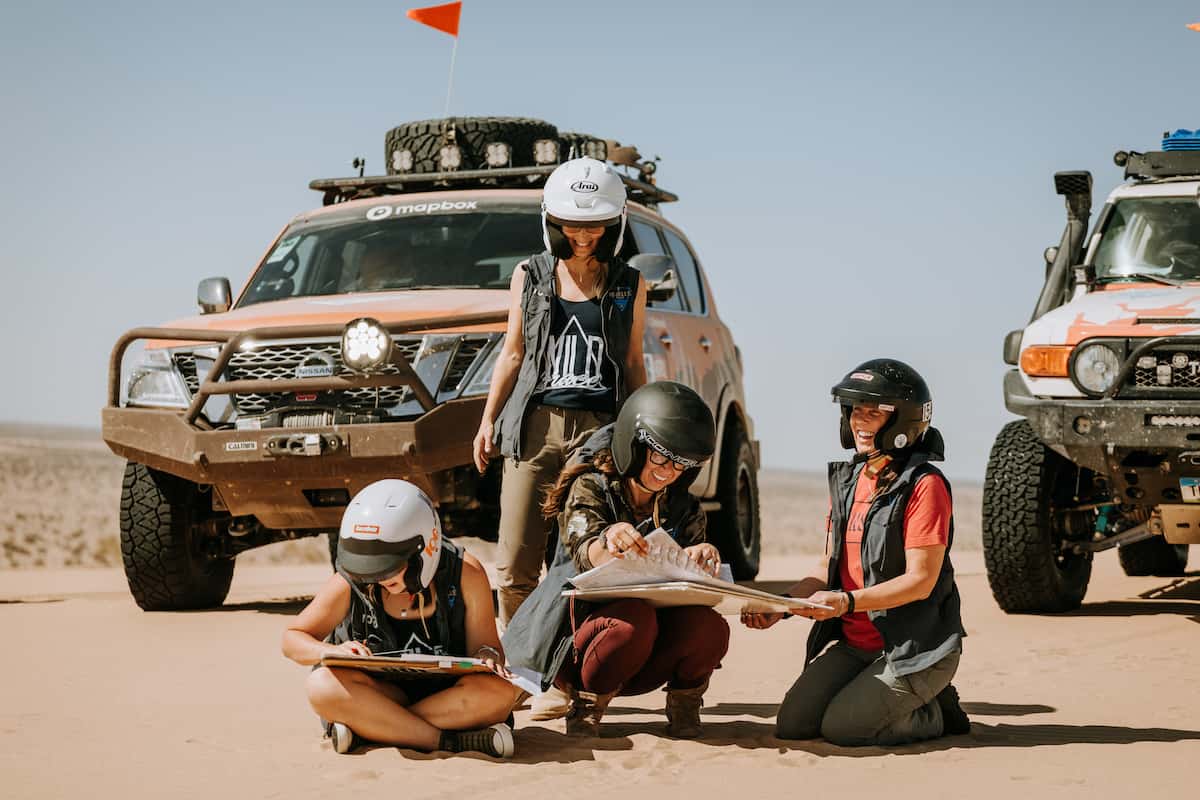 The annual off-road Rebelle Rally and Viasat already had a lot in common: Both specialize in going places others typically don’t go. Neither is deterred by words like “remote” or “inaccessible.” And that made them ideal partners during the October 2019 event in California and Nevada.

The rally is a women’s only, 10-day, 1,600-mile off-road race. Competitors use only maps and compasses to navigate the desert course. Cellphones and other communications or navigation technology – with the exception of a satellite phone to be used only in an emergency – is prohibited.

Parts of the long course are beyond the reach of cellular service. And while that’s not an issue for the racers, it is for rally staff members and media covering the event.

Viasat filled in that gap. Longtime Viasat retailers Steve and Trish Cimmarusti, who own Blacksheep Enterprises, set up temporary systems at one of the event’s base camps. 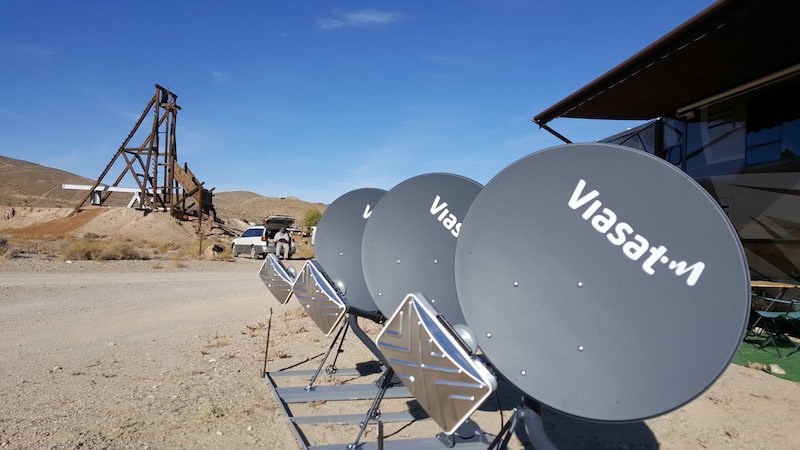 A temporary Viasat installation set up by dealer Blacksheep helped provide communications via satellite for the organizers of the Rebelle Rally.

Several camps along the route temporarily house traveling support groups, and the media. The first was in the ghost town of Gold Point, NV, on the border of Death Valley National Park.

“Literally, Viasat saved our first base camp,” Rally founder Emily Miller said. “The Rebelle Rally is an analog event with a very strong tech backbone. And on so many levels, we have to have connectivity.”

Viasat helped ensure the racers’ safety because, while team members may not always have known where they were, the staff did. In an emergency, staff needs the team’s precise location.

“We’ve got an eye on them at all times, and also a remote dispatcher who can communicate with our operations team to let them know their latitudes and longitudes,” Miller said. “We have to be able to see our teams on the tracker. If we don’t, we have to drive to cellular service so we can.

“With Viasat, we were able to remain in base camp and be fully functional.”

Online maps also let friends and family track the progress of the competitors, a service that wouldn’t be available if rally organizers couldn’t consistently plot and update their courses.

The Rebelle Rally is still relatively new, and in years past, Miller said she’s tried other ways to get around the communications roadblocks. That’s included using a different satellite internet system and locating camps only in areas with cellular service.

“But especially in remote parts of Nevada, the signal has been intermittent and problematic and we’ve had to leave base camp to access the internet,” she said. “This year, we said we cannot do that anymore.

“Viasat was the best choice for us.”

A matter of logistics

Providing this kind of service is not new to the Cimmarustis. They’ve traditionally brought temporary internet to wildland fire and search and rescue base camps, and other emergency sites.

“This was similar to what we’ve done in the past,” Steve said. “It was just a matter of logistics to work with Viasat so we could have the service there for a brief period of time.”

What was different was the rally camp’s remote location.

Helping the Rebelle Rally was about more than work for the Cimmarustis; it was also a way to support a family passion.

Steve and Trish live on the Rubicon Trail, one of the most popular four-wheel drive roads in the country, and are Jeep enthusiasts.

“Our kids grew up learning to drive on our mountain roads,” Trish said. “Our son Nick took all that experience and was hired to be the lead mechanic for the Rebelle Rally. He’s seen the struggles they’ve had to provide internet throughout the years, and he told them this might be a solution for the areas where they really don’t have any internet at all.”

“This is the only option other than satellite phone, which isn’t practical,” Steve said. “And it’s a great option. Viasat is a great product and always has been. We believe in it.”

The Cimmarustis hope Blacksheep and Viasat will become a fixture at the rally.

“Next year’s race will be even bigger and better, and hopefully we’ll be able to provide some service for that,” Steve said. “I already have some ideas about how to make it even better.”

“Blacksheep and our experts are looking at options for next year,” she said. “We’re only looking to keep reinforcing and building our communications.”