The airline has signed an agreement with Viasat Inc., to install high-speed wireless internet network on its entire Airbus A320 series short-haul fleet. 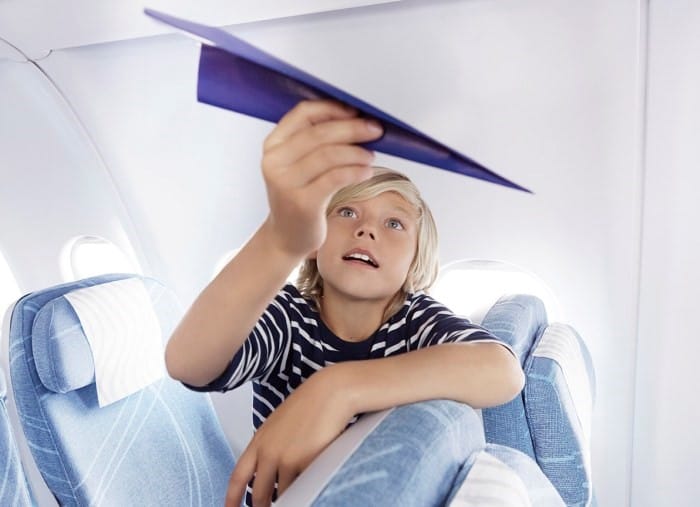 Finnair’s short-haul Viasat connections will be powered by Viasat’s European satellite partner Eutelsat and will cover the entire European continent.

“Our customers increasingly value the possibility of being connected during their flights and this change will also create great opportunities for Finnair to further develop its in-flight portal that will serve customers with news, entertainment and great shopping opportunities on their portable devices,” says Piia Karhu, SVP, Customer Experience Development at Finnair. “We are very pleased to partner with Viasat on this project as we will be able to offer our customers the best possible Wi-Fi offering available on the market today, and that has the ability to scale, once the installations are completed.”

“Finnair is a forward-looking airline that is recognized worldwide for customer service,” says Don Buchman, vice president and general manager, Commercial Mobility at Viasat. “With the Viasat in-flight Wi-Fi system, enabled across Europe by Eutelsat’s service, Finnair can deliver greater value to its customers by giving them the freedom to use their own device to engage with the internet in new ways – from enhanced online shopping to out-of-the-box online entertainment experiences.”

Last July, Finnair announced that it would introduce Wi-Fi as a retrofit on its entire long-haul fleet of Airbus A330 aircraft by May 2017. Finnair already offers Wi-Fi on its six A350-XWB aircraft flying today, and is scheduled to receive six more Wi-Fi connected A350 aircraft by the end of next year.

With both the long-haul and short-haul fleet outfitted with connectivity solutions by June 2018, the airline will offer high-speed Wi-Fi internet access on over a thousand route pairs in its network for transiting passengers.

Finnair’s Wi-Fi coverage over Chinese airspace has also recently been opened, after an extension of access privileges by the Chinese authorities. Finnair’s long-haul high-speed Wi-Fi services are powered by Panasonic Avionics.

The installation of the Wi-Fi equipment will begin in May 2017, and will be completed by June 2018.

Catching Up with the Cousins

Due to complications with establishing infrastructure over multiple territories, in-flight Wi-Fi in Europe has only been available domestically on Norwegian Airlines. The free service, powered by Global Eagle Entertainment’s Row 44 has proven extremely popular with Norwegian passengers.

Lufthansa announced that it would install Wi-Fi on short-haul European service through a partnership with Inmarsat.

In May, Finnair’s oneworld alliance partner IAG announced that it would sign with Gogo to offer Wi-Fi on select British Airways and Iberia, but on select long-haul aircraft. IAG’s Vueling has been slowly trialling Wi-Fi on limited aircraft but has not progressed on a commitment to a full installation.