With hurricane season upon us, satellite internet can offer a reliable alternative to terrestrial services 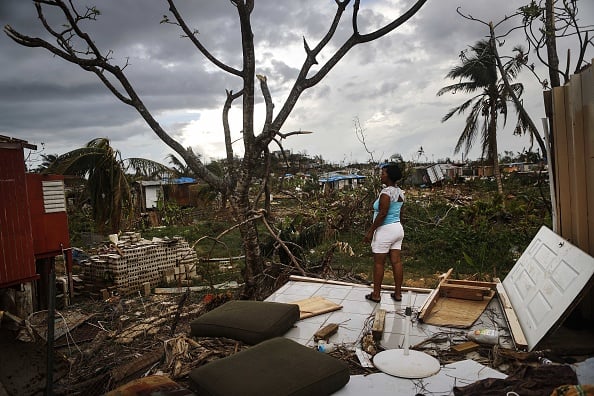 With hurricane season upon us, satellite internet can offer a reliable alternative to terrestrial services

In 2017, Hurricane Maria destroyed power lines and cellular towers throughout Puerto Rico, taking out more than 95 percent of cell sites and essentially leaving the devastated island without internet. It took almost a year to restore power to the island and to return internet speeds and access to pre-storm levels.

The hurricane also took an estimated $43 billion toll on the territory’s economy. More than 40% of Puerto Ricans suffered a job loss, reduced hours or lost wages from a business closure or missed days at work.

This year, the National Oceanic and Atmospheric Association is predicting an above-normal Atlantic hurricane season. The season runs from June 1 through November 30.

Viasat and Expedition Communications are teaming up to help Puerto Rican businesses stay operational no matter the weather. They do it by offering businesses more diverse internet connectivity choices offering better reliability during intense storms.

Satellite internet, which relies on signals sent from high above the earth, isn’t typically subject to the same service interruptions as terrestrial-based services. In regions like the Caribbean, which is highly impacted by weather, businesses need internet options that provide better business continuity and have greater availability than traditional services like cable and microwave/wireless.

“With satellite, the beauty is you’re completely independent of the infrastructure around you,” said Jerry Creekbaum, chief technology officer at Expedition Communications. “In an event like Maria, we can often have businesses back up and operational within hours. This is because with satellite, if you have power, you can have service. No need to wait for lines or cable to be restored.”

Expedition Communications is a California-based wholesale satellite internet and telecommunications company. Viasat’s ViaSat-2 satellite provides coverage throughout the Caribbean and Central America and works with partners like Expedition to serve locations far removed from reliable network infrastructure. Expedition partnered with Viasat last year to deliver high-speed satellite internet to businesses and government agencies across Puerto Rico and the U.S. Virgin Islands, and the two companies are prepared to help during the 2020 hurricane season.

Expedition has been working in Puerto Rico since 2014, and Creekbaum said his company welcomes Viasat’s help there.

“We’ve made a long-term commitment to Puerto Rico, and to the companies there for the long haul,” Creekbaum said. “We rely heavily on Viasat for the technology. It’s a great partnership, and a true benefit to the people on the island.

“Even before Hurricane Maria, we saw the need in Puerto Rico. If it’s damaged, the terrestrial infrastructure [in Puerto Rico] is going to be down for a while. But for our customers we keep a supply of satellite systems on the island, and we have on-site capabilities, so we can have businesses back up and operational within hours vs. days, weeks or months.”

Viasat’s Vice President of Global Business Solutions Cody Catalena said it’s been a good partnership – not only for the two companies, but for Puerto Rico as well.

“In working with Expedition Communications, we are able to support Puerto Rico’s economy in good times and in the wake of a disaster,” he said. “We can provide businesses an opportunity to take advantage of the benefits of satellite internet — with speeds, reliability and affordability that keep a business running — continuously, even when other communication services are down.”

Expedition’s knowledge of the island and expertise in networking implementation, paired with Viasat’s technology, could be critical to Puerto Ricans in the coming months.

And the Viasat equipment Expedition Communications installs on the island is designed and proven to withstand the often-unpredictable weather in the region.

“During Hurricane Maria, we had 100-some odd satellite sites operational on the island,” Creekbaum said “After Maria, I needed to replace the antennas on only four sites out of 100, and those four were hit by flying debris. Restorations were taking hours — not weeks or months — like other services.”

In addition to the satellite technology Viasat provides, Creekbaum said the company’s business plans are a good fit for Puerto Rico’s needs.

“The business-class service Viasat offers gives business traffic a different priority level than residential,” he said. “This provides a better experience for customers and a channel that is not as highly impacted as other choices in the region. That really attracted us to Viasat.”

“It’s critical to be able to restore service to a business quickly after a disaster,” Creekbaum said. “It’s not only about getting the business back into the market quickly, it also resonates with customers that when they needed you most, you were there. You’re allowing them to get back to normalcy, too.”