Protecting satellites is all part of managing a resilient network

Viasat is constantly adapting to threats 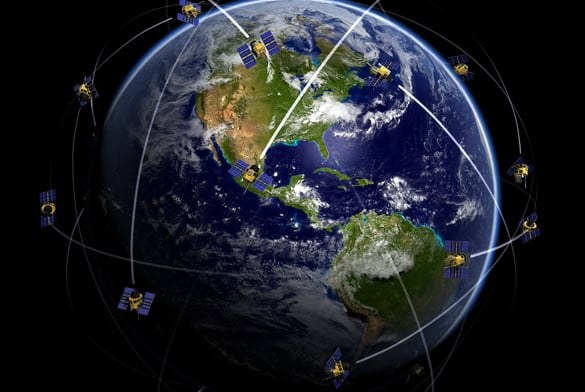 Viasat is constantly adapting to threats

Increasingly aware of threats to disable satellites, industry and government customers must consider an array of solutions to ensure the space-based connectivity of the warfighter.

Responding to these emerging requirements from across the U.S. Department of Defense (DoD) as well as the wider international community, Viasat has implemented a series of measures and technologies to reduce threats to legacy as well as future satellite communication (SATCOM) networks. Measures protect not only the spacecraft and its satellite beams but also ground infrastructure and telemetry, tracking, and command systems (TT&C).

“When we build a satellite and field a satellite capability, we fill the entire eco-system,” Peterman said. “For example, we build the satellite, develop the waveforms, deploy the ground infrastructure and use the network management capability and data analytics so that we have control of the whole of the ecosystem — including cyber security.”

That kind of vertical integration gives Viasat a strong level of visibility across the entire network.

“It’s important because it helps us defend against a wide range of threats, including cyberattack, denial of service and those trying to steal capacity,” Peterman said.

According to Craig Miller, Chief Technology Officer for Government Systems at Viasat, the entirety of the ecosystem must be protected from cyber and electronic warfare (EW) actions.

“When we talk about SATCOM security, it’s a lot more than just the satellite,” Miller said. “Satellites, beams, ground terminals and TT&C are linked in a chain to form the communications network, and you have to protect the holistic system and make sure these are as secure as possible.”

According to Miller, cyberattack is probably the biggest realizable threat facing SATCOM at the moment. Signal jamming and threats to ground infrastructure and satellite control systems are also areas of concern.

Describing how larger satellite beams could be “jammed” by radio frequency (RF) energy, Miller said that the latest generation in Viasat spacecraft work in a grid system of smaller beams. These smaller spot beams are much less vulnerable to such interference simply by virtue of their being a great many of them.

“Now it takes thousands of jammers to do what a single jammer could do with an older satellite architecture,” he said. “Even if adversaries could field 1,000 jammers, we have real-time, automated capabilities which identify the interferer and its geolocation.”

Viasat networks are further protected with frequency-hopping architecture. As Miller said, satellites can “re-use frequencies in flexible configurations so if a frequency is jammed, end users can hop to another frequency band and avoid the band that’s compromised.”

Additional protective measures have seen Viasat transition away from operating a handful of ground infrastructure sites to a “distributed gateway architecture” model featuring hundreds of smaller satellite antennas, which can be hidden in plain sight across indigenous landscapes.

Peterman estimates Viasat could lose a large number of individual ground stations simultaneously and still provide high quality services to all of our users without interruption. The company’s upcoming global constellation, ViaSat-3, will be even better at this, since it will feature more advanced technology and a great many more beams and ground stations.

“ViaSat-3 will do this even more effectively,” Peterman said. “It takes away another means of attacking a satellite system by making the distributed gateway architecture more resilient and redundant.”

Finally, Miller suggested industry and government customers should also be aware of threats to the TT&C of spacecraft.

“We have to make sure TT&C systems are resistant to jamming and denial-of-service attacks,” he said. “There are a variety of ways to ensure this, through protocol and waveform levels, transmission security or things to do in terms of geo-isolation to make sure commands only come from a certain place at a certain time.”

Yet another layer of protection is expected to come from Viasat’s Hybrid Adaptive Network (HAN) concept, which is being optimized to protect SATCOM networks through a diverse network architecture. This model features terminals smart enough to operate across multiple SATCOM networks in a variety of different orbits.

“It’s a difficult problem to disrupt a system like that,” Miller said. “A lot of these systems carry commercial traffic tools, which means operators can hide in plain sight. Diversity in using multiple communications networks makes it even harder.”