Progress on the road to realizing the Space Enterprise Vision 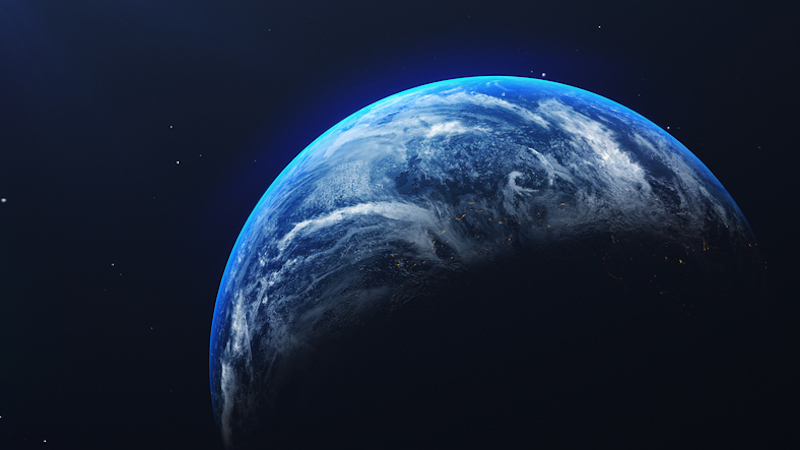 The times, he suggested, are changing.

“In the recent past, the United States enjoyed unchallenged freedom of action in the space domain,” read Gen. Hyten’s statement from the announcement. “Most U.S. military space systems were not designed with threats in mind, and were built for long-term functionality and efficiency, with systems operating for decades in some cases. Without the need to factor in threats, longevity and cost were the critical factors to design and these factors were applied in a mission stovepipe. This is no longer an adequate methodology to equip space forces."

The statement identifies some key areas of concern – emerging threats in space, a need for greater innovation, acquisition reform – that are still being navigated today. All of these topics were on the table during the recent virtual America’s Future Series (AFS) Space Innovation Summit, which included leaders from across government, academia and the private sector. The online audience had more than 1,000 attendees.

The summit featured influential U.S. Department of Defense (DoD) leaders and space industry experts discussing recent progress – such as the impact of establishing the U.S. Space Force (USSF) in 2019 and the announcement by Gen. Jay Raymond, Chief of Space Operations for USSF, of the Enterprise Satellite Communications (SATCOM) Vision. Participants shared their views on how to achieve a more transparent, secure and resilient space environment for both military and commercial endeavors.

The diversity of expertise during the event was also considerable from an organizational, geographic and gender perspective. Shelli Brunswick, COO of the Space Foundation, led a fantastic discussion of women including Erin Miller (Executive Director of Space ISAC), Laura Forczyk (owner of space consulting firm Astralytical) and Nicole Robinson (President of Ursa Space Systems) – each of whom are not only leaders in their organizations but also prominent industry voices. For the space sector, which has historically been dominated by men from a few places, the broadening and inclusion of different perspectives and expertise is critical to shaping new developments in space.

These conversations, collectively, explored the potential for commercial integration to support DoD operations and the realization of the SATCOM Enterprise Vision; what commercial capabilities bring to multi-domain operation (MDO) environments; and how acquisition reforms can help get the latest technologies into the hands of warfighters.

Overall, three underlying themes kept cropping up across the two days. Together, they collectively signaled the evolution under way.

For many years the U.S. government and DoD were the dominant force in space – both as a consumer and as the driver of R&D to create new space capabilities. Today, however, the tide has shifted dramatically as the global space infrastructure is now critical to commercial industry and economies around the world. Government is now a fractional user in space.

In a fireside chat conversation with Ken Peterman, Lt. Gen. Thompson acknowledged the change in who is the driver of innovation. “The R&D has flipped. DoD used to be the driver of R&D and now we find that it’s the private sector that is leading.”

But, while government is no longer the innovation leader, that doesn’t mean it can’t leverage the private sector investments being made.

There is a desire among DoD leaders to have faster access to the latest commercial technologies because of the operational capabilities it provides. Many leaders, including Lt. Gen. Thompson, talked about this and the importance of partnering with industry to improve acquisition.

“Increasing our partnership with industry is a big factor in our acquisition agility,” said Lt. Gen. Thompson. “These relationships with the non-traditional partners and vendors are helping make the space acquisition system better.”

Peterman likes to illustrate this point with an analogy of buying a car. The DoD is shifting to a model where leasing makes more sense than buying in such a dynamic environment. This allows DoD and intelligence agencies to capitalize on commercial investments and the flexibility to upgrade to the latest technologies without the commitment of ownership. Yet DoD should perhaps go even farther, exploring more innovative ‘Uber’ business models where DoD only pays for the satellite capacity they actually use, with the ability to rapidly scale by calling for, and immediately obtaining additional capacity precisely when and where they need it.

One potential obstacle raised was the cultural barriers that can prevent DoD personnel from embracing private sector-involvement. This is a real concern, which is why it was significant to hear several DoD officials speak positively about how the value of commercial sector partners is being recognized (and encouraged) more by military leadership — something that’s helping to shift perception.

Also, the fact is collaboration with the private sector in space is already happening in some pretty exciting ways. Chris Culbert, who oversees Commercial Lunar Payload Services (CLPS) at NASA, discussed the monumental change in how they approach lunar missions, with NASA outsourcing the launch and delivery of payloads to the moon.

As Culbert put it, “It’s almost like FedEx to the moon.” This is something nobody would have expected to hear 10 or 20 years ago, but it’s happening because of private-sector investment and the government’s willingness to take advantage of commercial solutions that offer a more efficient, cost-effective option to agency leaders. Culbert noted that now NASA is essentially able to send packages in four or five commercial lunar trips over a few years for approximately the same price of what it would have cost NASA to do one trip.

There was also clear excitement about the progress and potential of a single, integrated space enterprise environment with flexibility for the warfighter – allowing them to seamlessly roam between military and commercial networks, “Just like your cellphone roams between different cellular networks,” as Peterman says. But, if the conversations during the AFS are any indication, it’s going to continue to require committed, trusted partnerships between industry and government to get there.

Ellen Lord might have summed it up best during her fireside chat with Peterman when she talked about the importance of public-private partnership in supporting military operations in space.

“One thing I’ve learned from my time in government is that this is truly a team sport,” Lord said. “There really is such opportunity here at the intersection of industry and national security.”