Preservation of satellite spectrum is critical to global national security 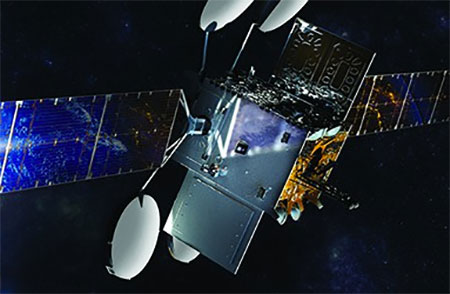 The world looks to the United States for leadership in space-based communications.

Ever since we landed men on the moon while an enthralled country watched live, the U.S. space industry has invested heavily in innovation and delivered reliable, critical, community-lifting results — thanks to the certainty of a portion of radio spectrum available for satellite broadband connectivity.

But the continued security, reliability and unique scalability of satellite broadband require the continued protection of the spectrum used today for that purpose.

Maintaining the integrity of this slice of spectrum must remain a top priority for the United States and the coalition of nations dedicated to digital inclusion.

For 20 years, following the lead of NASA and the Department of Defense, United States and global satellite operators have invested enormously in a sliver of spectrum globally available for satellite broadband (28 GHz).

This spectrum has enabled satellite broadband to be the fastest growing segment of satellite communications, the growth engine of the United States led the $100 billion space industry. Satellite broadband critically serves our military and uniquely enables digital inclusion globally.

This spectrum is the backbone that ensures the United States is always connected and can project our technology innovations and capabilities worldwide. It fosters investment to preserve our lead in the new Space Race — a cornerstone of national security.

While wireless trade associations offer slick presentations and vague pledges about what they might someday do with spectrum essential to satellite broadband, satellite already delivers tangible results for everyone from our military to underserved communities. And huge increases in satellite connectivity capabilities are already under construction, promising to further boost U.S. leadership in space, and the leading candidate to connect the 3.5 billion people in the world left behind by terrestrial infrastructure.

This isn’t a political issue — it’s personal and affects everyone:

If policy-makers allow 5G to move into this satellite spectrum, either at home or abroad, we lose the mission-critical benefits of satellite broadband. We won’t be able to get it back, let alone expand its benefits for the future.

Maintaining the integrity of this slice of spectrum must remain a top priority for the United States and the coalition of nations dedicated to digital inclusion.

Policymakers need not choose between 5G and ensuring the security of satellite broadband. There is more than enough spectrum for terrestrial 5G in other bands without undermining critical satellite connections blossoming at 28 GHz today. In fact, as a variety of 5G interests have indicated, the low and mid-band spectrum already being considered is much more attractive for 5G.

There must be no doubt: We are in a crucial new race with global competitors to preserve and expand access to space. Our cities, the countryside, regions of conflict, even space itself – all demand vast amounts of data, access to the cloud and AI.

Space-based broadband is often the best choice, and always our last line of defense in war and disaster. Fast, affordable, secure, reliable broadband connectivity is essential – not optional. This is a race that satellite broadband can uniquely help our country and allies win. It’s a task terrestrial infrastructure simply cannot perform.

Ensuring that the most innovative U.S. satellite communications companies continue to have critical access to the 28 GHz spectrum that has led to so many proven and powerful contributions — with so much more ready to take flight — is an essential component to a secure, connected, competitive nation.

Mark Dankberg co-founded Viasat Inc. in 1986 and has held the position of Chairman of the Board and Chief Executive Officer since inception. Mark is an acknowledged industry expert in aerospace, defense and satellite communications. He is a member of the National Academy of Engineering and holds a number of patents in communications and satellite networking technologies and has co-authored several military standards on satellite networking.