How the New Industrial Defense Base is challenging traditional defense contractors 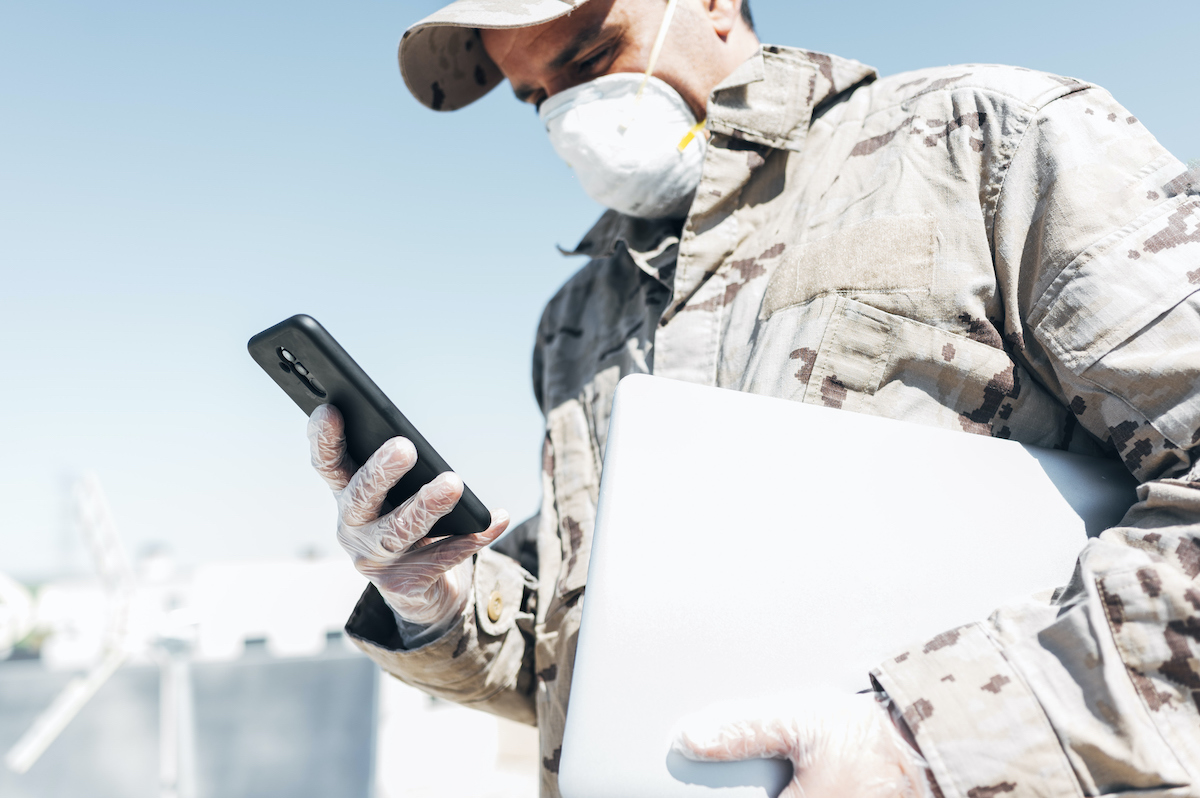 This is a tale of two types of industries serving the same customer.

One is the Traditional Defense Industrial Base: the familiar big defense contractors that have been adept at developing very specific military equipment since the First World War.

The other is a group of companies quickly becoming known as the “New Defense Industrial Base” or “New DIB.” These are the technology companies — often operating in both the government and commercial sectors — that provide cutting-edge products such as advanced communications, cybersecurity, and networking. Cloud connectivity, machine learning and artificial intelligence also hold enormous potential to empower warfighters in the field.

To compare the two is to glimpse how warfare has changed over the last century. The Traditional Defense Industrial Base rose out of the two world wars and the Cold War, when the strength of nations was measured by how many tanks, bombers and warships they possessed. For the U.S., military strength relied on robust production capabilities combined with a legacy of remarkable technological invention — from GPS and SATCOM to mobile networking and the jet engine, to name a few.

Though technology and the tools of warfare have evolved, the process to buy them has essentially remained the same. The Department of Defense (DoD) continues to rely on a production-oriented system where the government sets specifications, and industry – most often companies specializing in defense work — respond by producing large numbers of platforms expected to remain in service for decades.

The issue with continuing to operate this way today is that the tools of warfare have drastically changed. No longer can the military maintain an overmatch capability with tanks and planes alone. Today’s global defense forces know that advanced cybersecurity and communications such as high-capacity, secure satellite communications, artificial intelligence, and cybersecurity are just as important as these warfare-specific platforms. Because these technologies and capabilities are not the specific domain of the military, and because there is such demand for ever-increasing technological capabilities, the companies that are the most innovative in developing these cutting-edge technologies have strong roots in the commercial sector.

Importantly, DoD has formally recognized the non-kinetic nature of the current Cold War with Russia and China that is not centered on traditional “domains” (land, sea and air), and is instead focused on new domains of space, cyber, and network connectivity. These are areas where New DIB companies excel.

Anyone who has a cellphone, tablet, or computer can attest that the lifecycle of today’s consumer electronics and software is often measured in months. In the relentlessly competitive commercial sector, any company that cannot offer the latest technology and the best user experience will quickly be overtaken by their competitors.

It’s not necessarily about the devices (cellphone, tablet, computer, etc.), as much as it’s about the cloud-based applications hosted by them. In conjunction with cloud connectivity, these applications are enormously empowering, and New DIB companies routinely enhance them (via cloud connectivity) every few days, or even hours. That’s how they’re able to keep pace with changing environment, changing behaviors, changing competitive dynamics and changing cyber threats.

For the New DIB, this fast-paced development cycle is business as usual. But it’s culture shock for the Traditional DIB, accustomed as it was to taking years or even decades to design a new jet fighter or communications satellite.

An additional problem is that the DoD itself has not been able to effectively evolve its requirements, budgeting, or acquisition practices to match the speed of technological change. Current acquisition policy requires military commands to spend years determining goals and requirements. It takes even longer to formulate precise specifications before sending them to industry, which in turn spends more years to develop products to meet them.

Such attention to requirements and details continues to work well in some cases, for instance, when building an aircraft carrier or new bomber. But defending against cyberthreats that evolve on a continuous (minute-by-minute) basis requires ever-increasing speed and agility to satisfy demands for more communications capacity and speed. That’s because the overwhelming amount of data in today’s battlespace requires constant advancement/update at the speed of relevance.

The existing procurement system is simply too cumbersome to meet these challenges. It’s not an exaggeration to say that things developed the old way are often obsolete by the time they are field-ready. Imagine if a company came out with something today equivalent to a cellular phone from 2010 and the answer becomes painfully obvious. (It’s interesting to note here that the first U.S. military leader to receive an iPhone didn’t do so for a full seven years after civilians had them.)

According to James “Hondo” Guerts, Acting Undersecretary of the Navy, the only way to reach the full potential for defense technology acquisition is for the defense acquisition community to have three things:

Speaking during a Women in Defense conference in January 2021, Guerts said the defense industry and acquisition community owe this to the country.

At Viasat, we believe in these three traits wholeheartedly. The future of defense procurement is with agile companies able to anticipate military needs, then design products internally to meet those requirements before the government even asks. Under this approach, the government buys a service, and the contractor bears the responsibility for continually upgrading that service with the latest technology — just as consumers do with their cellphones.


In other words, the government should focus on the end goals and outcomes, and allow companies to devise the means to best achieve them.

“Focusing on the customer experience is something the private sector does very well,” says Ken Peterman, president of Government Systems at Viasat, a key member of the New DIB.

Peterman believes that the DoD should move beyond its original culture of invention that focuses on developing new technologies and instead lean toward meeting current and emerging user needs. This can be accomplished by more rapidly and more effectively exploiting private-sector technology leadership. Military users themselves are concerned with the situation, as evidenced by a 2020 survey of military communications professionals by Viasat and the Government Business Council. Some 60% fear that U.S. military communications technology is behind that of potential adversaries. Another 39% believe the DoD is gripped by a culture of complacency that hampers innovation – and 52% look to the New DIB for access to the latest technology.

Peterman says these concerns can be addressed with a new way of looking at how the military can procure the latest tech to ensure the safety and success of our warfighters in the field. He points out that the private sector is moving at an accelerated and steepening trajectory of technology development that far outpaces current defense technology development timelines and significantly shortens the time it takes to get these essential new technologies in the field.

Learn more about Viasat’s advanced technologies for the DoD