Why is connectivity so vital in the battlespace? Ask George Washington

Viasat webinar: Information technology has come a long way, but modernizing the tactical edge is still an issue. 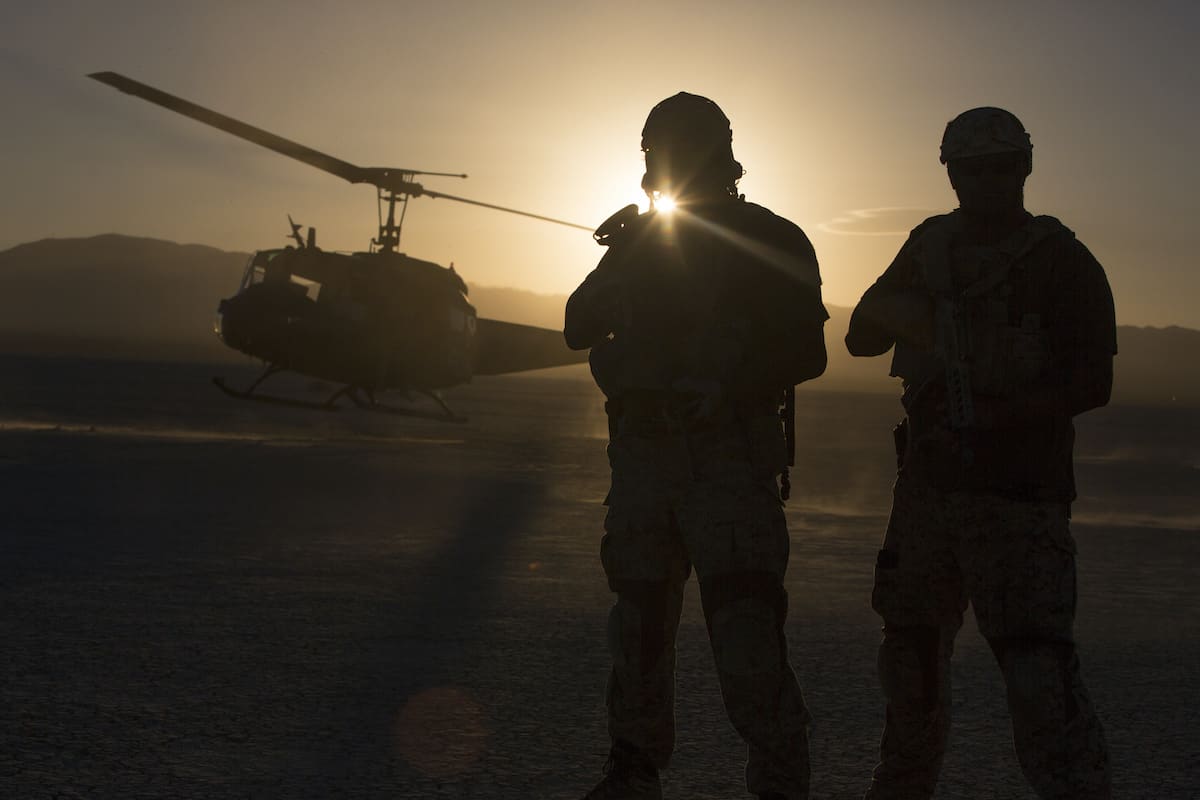 Viasat webinar: Information technology has come a long way, but modernizing the tactical edge is still an issue.

George Washington could only wish he had access to satellite imagery.

Atop his horse, striving to glimpse the regiments of Redcoats and Continentals through the billowing clouds of musket smoke, his only sensor was a simple telescope. Nonetheless, he was expected to process the data he was collecting, assess the battlefield, and issue the appropriate orders to his troops.

“It was a straightforward process during the Revolutionary War era for George Washington to task his sensor [the telescope], process and contextualize the sensor’s data, and analyze the data to provide actionable intelligence in real-time to his forces,” said John Reeves, Vice President of Strategic Initiatives with Viasat Government Systems. “Washington’s difficulty, however, was the lack of a secure, assured communications infrastructure that would have enabled him to share his insights with his forces that weren’t within his line of sight, while also benefitting from receiving similar information from those same geographically dispersed forces.”

But since the 18th Century, have things really improved? The answer is mixed, according to Reeves, speaking at a Viasat webinar held during the Association of the United States Army (AUSA) annual conference last week.

Sensor technology has greatly improved since Washington’s day, through the development of high-powered lenses, data storage systems and data collection, which have been aided by deploying these exquisite sensors on a variety of more flexible platforms such as reconnaissance aircraft and surveillance satellites.

“We don’t have the processing power that we need to leverage all of the data being ingested by systems,” Reeves said. “We also don’t have the human analysts required to train data and create the algorithms necessary to create meaningful insight from that data. And, we have not been able to bring to bear effectively, in a ubiquitous way, the connectivity infrastructure required for the tactical edge to provide our forces with an asymmetric advantage.”

One solution is to enable ubiquitous cloud connectivity, said Reeves. Another is for industry and government acquisitions officials to maintain a firm understanding of the evolving needs and challenges warfighters face at the tactical edge. That would lead to the creation of better AI support and actionable intelligence.

But the most crucial step is to ensure that users have secure, reliable, and resilient networks with plentiful capacity. Without those networks, the sensor technologies, AI/ML algorithms, radios and other devices cannot provide the game changing awareness they were designed to deliver.

The role of AI and connectivity

To demonstrate how cloud technology can enhance the tactical edge, Viasat engineer Kyle Zimmerman presented an example of how AI can assist with object recognition and detection. Simulating a search-and-retrieval operation for a laptop, a camera panned through an office, identified the various objects in the room. It then filtered them out to focus on a laptop on a table. 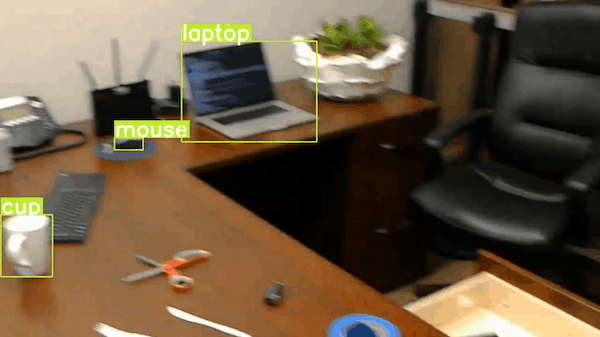 In this simple demonstration of AI, a camera identifies several objects, then filters to find a laptop, below.

But aids such as AI-based object recognition depend on sufficient connectivity.

“These kinds of technologies will have a tough time providing their true value without the connectivity in place,” said Viasat engineer Matt Dresser.

Reeves pointed to a recent survey that found 54 percent of the military personnel queried felt they lacked adequate connectivity to accomplish their missions. He likened connectivity to the actual football used by players in the Super Bowl.

“We talk about the star players and the Halftime Show, but not the ball. What if there were no ball? Without it, the Super Bowl would not be a very productive or interesting experience for anyone. In that sense, connectivity is the ball.”

When it comes to adequate connectivity for the military, Reeves said: “Our military personnel are telling us that 54 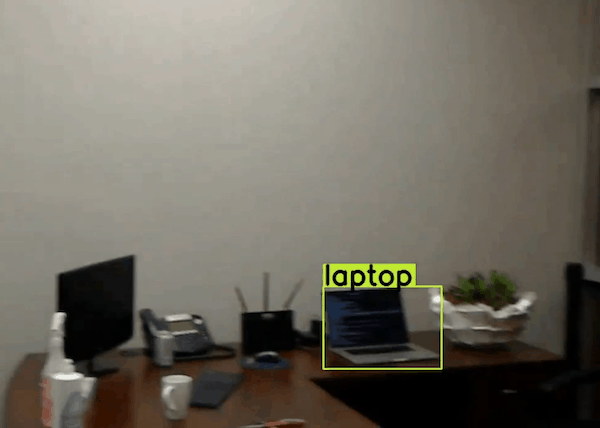 ey lack sufficient connectivity to accomplish a given mission. We need to recognize that, in the context of this football analogy, this amounts to us making a coin toss on Game Day as to whether we are going to take our ball to the Super Bowl.”

A big part of Viasat’s defense business is about getting that critical connectivity to warfighters in the battlespace. Only then can military forces take full advantage of the tools and technology available today at the tactical edge.

“If we get this right, we will be enabling the Internet Battlefield of Things,” Reeves said. “We will be able to bring to bear biometric and connected wearables, cognitive decision aids, crowdsourced ISR, predictive AI and automation, and the next generation of visualization technologies to enable our forces to harness an asymmetric information advantage at the tactical edge. Equipped with this advantage, they will be able to conduct their missions more effectively, securely and, most importantly, safely.”