How Viasat pioneered the MIDS business 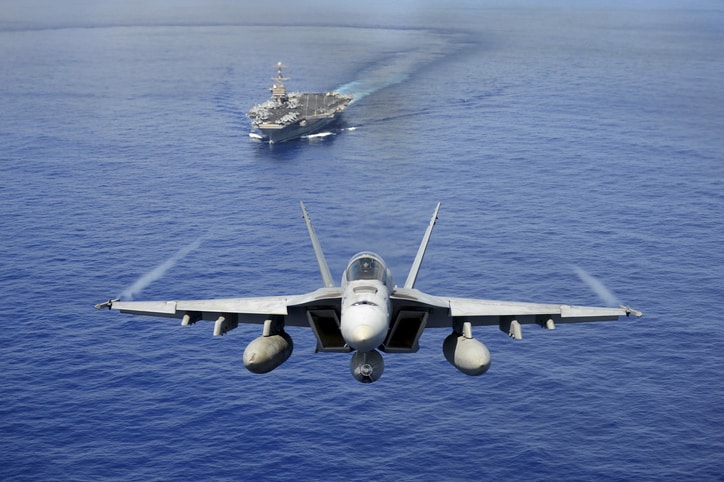 Back in the 1990s, when cellphones and the internet were just coming on the scene, a new tech firm called Viasat decided to get into the military tactical data link business.

“At the time, implementing this had been really complicated,” recalls Paul Baca, now corporate vice president of engineering, Viasat. “Not many companies had been able to do it. This created a huge barrier to entry.”

Nearly 30 years later, Viasat is one of only two companies approved by the U.S. Government to manufacture MIDS (Multifunctional Information Distribution System) — the terminals that form the backbone of the Link 16 network across the U.S. Department of Defense and for international coalition partners.

It’s almost impossible to conceive of U.S. and allied aircraft operating today without the Link 16 waveform, a NATO-standard tactical data link protocol that enables the instant situational awareness that today’s pilots depend upon.

“You can’t fly in a U.S or Coalition operation without Link 16,” said Dave Prater, Viasat’s General Manager for MIDS, Narrowband and BFT2. “It has to be up and functional for pilots to successfully execute their missions.”

MIDS terminals provide that Link 16 capability and have been most widely used on airborne and shipboard platforms. Viasat took the next step, pioneering the use of MIDS in ground installations to better enable digital data exchange with those air and sea components.

This has enabled the company to be a key provider for entire segments of the MIDS market, with over 4,000 platforms equipped with Viasat’s Low Volume Terminals (LVTs). In fact, the company recently entered its 20th year of production for the MIDS-LVT(1), which is intended to support theater-level air-to-air fighter exchanges, and for the MIDS-LVT(2)/(11), which is designed for use in ground stations.

The company also manufactures the newer MIDS JTRS (Joint Tactical Radio System) – now in full-rate production — which provides a migration path from the MIDS-LVT to a reprogrammable, software-defined architecture, and form factor that is backward compatible with other fielded and legacy systems. The initial fielding of MIDS JTRS terminals to operational U.S. Navy squadrons was accomplished successfully in 2019 using all Viasat MIDS JTRS terminals.

With over 10,000 terminals in widespread use today — across a variety of platforms from fighters to fleets – Viasat has helped ensure the continued tactical data link capability and interoperability with Link 16 equipped assets well into the future.

Things could have gone differently. Viasat began pursuing the Link 16 business in 1993 as a junior partner to Lockheed Martin. Viasat had the technical knowledge and capability but, as a very small company, needed a larger partner to pursue the market. After two unsuccessful competitions, one in the U.S. and one in the U.K., Lockheed elected to exit the partnership. But Viasat kept going.  The mid-1990s involved the development of critical Link 16 technologies by Viasat as part of the Small Business Innovation Research (SBIR) program and certification of a Link 16 test product for Logicon.

In 1997, when the government was looking for additional manufacturers of MIDS terminals, Viasat was willing to take the chance and go it alone.

“We made a decision that was huge for the company,” Baca says. “We pursued this as a prime contractor competing against companies that were 100 times our size.”

Another turning point was the U.S. Army’s MIDS-LVT(2) project. Viasat was selected as the sole-source provider. An original order for 97 Viasat-manufactured devices had soared to over 1,000, so the government opened it up to competition. Viasat ultimately garnered more than 80 percent of the ground market.

“We captured and grew a significant chunk of the MIDS business,” Baca says. “We were able to take over whole segments of the market from our competitors. That was a pivotal moment for the company.”

There were numerous technical challenges along the way, especially in terms of the computing power needed for MIDS to work. “We were operating at the cutting-edge of real-time signal processing,” Baca recalls.

Viasat was able to leverage its experience in data networking and its resourcefulness in research and development and manufacturing.

“We found ways to make a lot of simplifications and add reliability to the design, and we could offer a lower-cost model,” Baca says. Currently, Viasat offers an upgrade kit that adds the latest cryptographic technology to older MIDS-LVT terminals.

The company’s extensive work with MIDS has also enabled Viasat to develop the next generation of tactical data links products for non-traditional users. The KOR-24A Small Tactical Terminal (STT) is a multi-channel radio capable of performing Link 16 communications in a small form factor, and it includes interoperable functionality to improve communications between U.S. and international coalition partners’ military agencies requiring critical information from multiple networks. The company also introduced the world’s first and only handheld Link 16 radio —the Battlefield Awareness & Targeting System – Dismounted (BATS-D) that bridges a critical capability gap between air and ground forces and has revolutionized close air support missions.

“We’ve gone from the early days of refrigerator-sized terminals to doing all of that complex processing right in the palm of your hand,” Baca says.

But technology enhancements are only part of the equation. With Link 16 continuing to serve as the tactical data link of choice across 40 nations, it is no wonder that this 40-year-old waveform has emerged as a network that is not only ubiquitous, but also sufficiently robust to support the evolving and more extensive use of battlefield data.