Melanie Davis pushed past her comfort zone to develop her career – and plans to keep going. 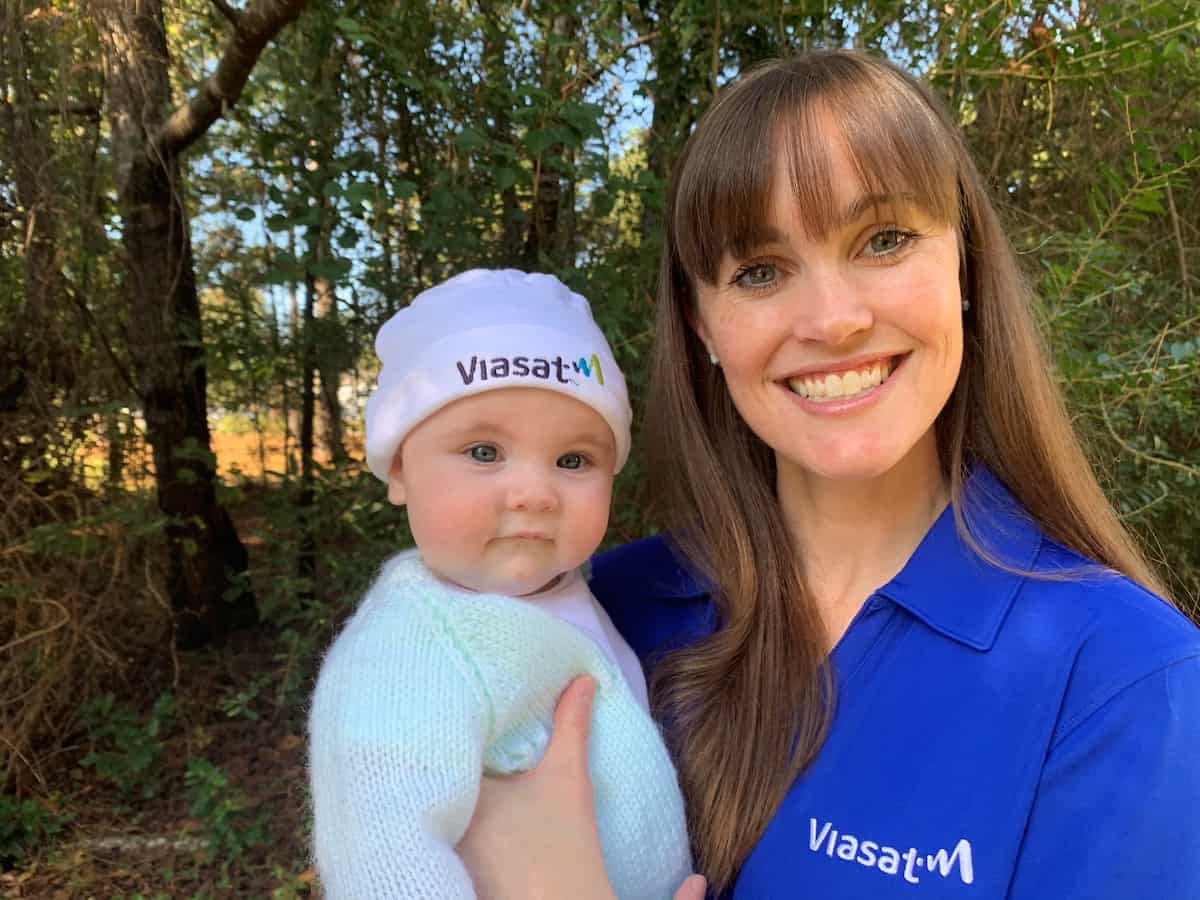 As an introvert, Viasat’s Melanie Davis has learned to push back against her instinctive boundaries. The career rewards she’s enjoyed by doing so have been beyond her expectations.

The Georgia native started working at Viasat’s Duluth, GA campus in 2012 after serving a college internship with the company. She started as a production planner working on large antennas. Since then, she has steadily climbed an unexpected career ladder, first becoming a supervisor and now working as operations program manager (OPM) supporting the construction of ViaSat-3.

“When I was first offered the roles of both planning supervisor and OPM, it pushed me a little bit out of my comfort zone,” she said. “I tend to be more introverted and quiet. So for me, it’s one thing to be an individual contributor, another to help ensure the successes of your team.

“But I’ve enjoyed it. And any opportunity that’s come my way since, I’ve accepted.”

Davis says none of her accomplishments would have happened without the support of her coworkers –  including her supervisor — Duluth Vice President of Operations Ron Rhodes – who urged her forward.

“My boss helped me get exposure to figure out what I was interested in,” Davis said. “And each time an opportunity presented itself, we would talk one-on-one, and he would outline the steps to get there, including any gaps from a training or education standpoint.”

Davis learned what certifications she would need and pursued them, including earning a master’s in business administration and a Six Sigma black belt, plus completing the Pathbuilders Percepta Leadership Program. Pathfinders is an Atlanta-based company dedicated to building female leaders.

Rhodes also connected Davis to Director Kristin Walsh, who served as her mentor during her early days at Viasat.

“She helped me come out of my shell and seek opportunities for development,” Davis said. “All of that has helped me grow into these other positions.”

In her current role, Davis has helped set up clean rooms on the Duluth campus for construction of material that will accompany the ViaSat-3 satellites into space and helps manage those builds.

“If it’s going on the satellite, it has to be clean,” Davis said. “Setting up the rooms, learning all the requirements for maintaining a lab has been a lot of fun and a good experience. 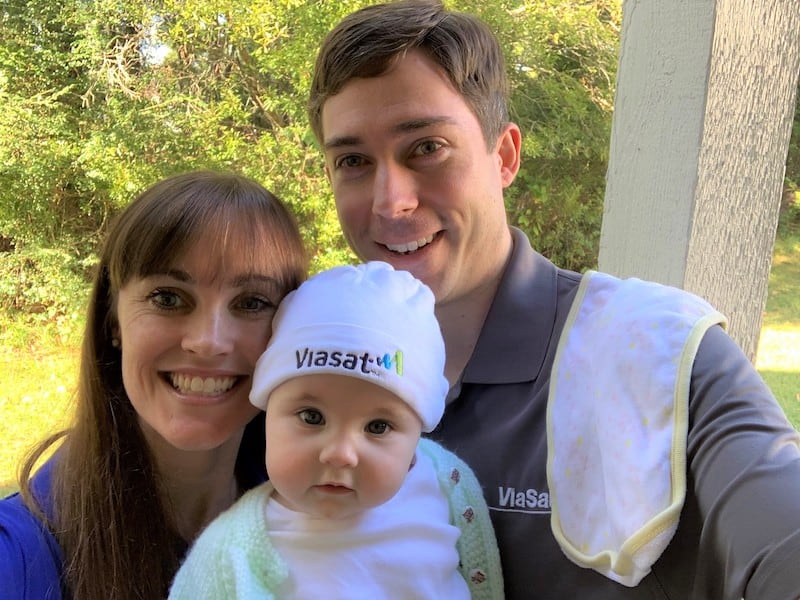 With her daughter and husband, Viasat software engineer Joel Davis.

“Outside of Viasat, spending time with family is my biggest priority,” said Davis, who also enjoys gardening, playing piano, baking and long-distance running.

The variety of involvement she has at Viasat has created a strong sense of belonging.

“When I first started interning at Viasat, I really didn’t know what to expect,” Davis said. “It was in Georgia where my family lived. So to be honest, that’s why I accepted the job. But ever since, there’s been no doubt in my mind I made the right choice.

“Viasat has almost a family feeling. We’ve grown but we’re not that big. And the support is incredible. If you ask, people will help you, and for me, that’s the key.”

Because of those close bonds, Davis said working from home during COVID has had its challenges.

“When your coworkers become your extended family, not seeing them on a daily basis is hard,” she said. “But I think everyone’s trying to find ways to make it fun at the same time, and providing support to one another.

“Viasat’s handled it really well. They’ve supported any equipment needs, and are doing everything they can to keep everybody safe.”

Davis said she is looking well beyond the coronavirus to what she believes will be many more years with Viasat.

“Right now, I want to see ViaSat-3 through to completion as an OPM,” she said. “But I’m very interested to see where my career can go. I continue to seek opportunities that are available in the future, and I hope to have a long career at Viasat.”