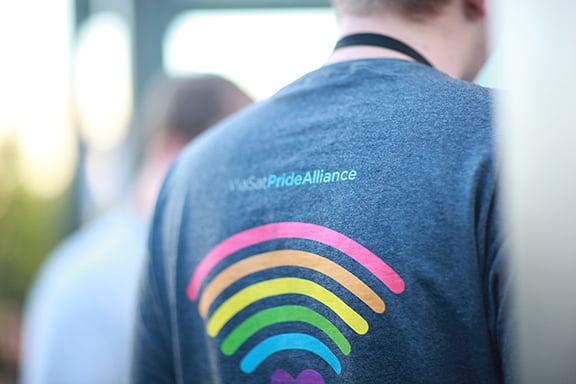 With a growing and diverse employee population, Viasat supports a variety of employee resource groups that continue to grow in number. Those include ERGs for the Hispanic and African-American communities as well as women in technology and veterans. Just recently, a new group for members of the LBGTQ community was formed at Viasat’s Carlsbad campus.

Viasat’s Matthew Bancroft spearheaded the start of the Viasat Pride Alliance (VSPA) group. He was hired this past May and noticed something was missing in the onboarding PowerPoint.

“I went through the new-hire orientation and there was a slide for all the employee resource groups, but I thought ‘there’s a group missing here’ — we’re missing a group focused on the LGBTQ community.”

Matthew’s husband works for Viasat, so he already knew that Viasat was diverse and inclusive. Like many Viasat employees, Matt’s passion drove his professional endeavors, and he soon found himself seeking information on how to launch an employee resource group for members of the LGBTQ community. On October 13, the group had its first official event.

“Our goal is to connect Viasat employees in the LGBTQ community and to help them understand that the company not only appreciates and supports them, but also assists in their professional development,” Bancroft said. The Pride Alliance, he continued, hopes to utilize workplace policies and practices, education and charitable events to build awareness and allies around important LGBTQ issues.

Reaching out to foster understanding is a big part of it.

“The ambassadorship is so important,” Bancroft said. “Someone you work with every day might be LGBTQ, and that shouldn’t change your opinion or work relationship in any way.”

Bancroft said employees don’t have to be part of the LGBTQ community to join this group. Advocacy from members and allies are equally important, he said.

The new group’s members have a number of goals in mind. Taking gender titles away from any single-use bathroom is one step in the right direction. Bancroft also said he wants to land Viasat high on the Corporate Equality Index. This is a ranking of companies based on their insurance coverage and policies geared toward same-sex married couples and transgender employees. He’s aiming for a perfect score.

The ERG will also partner more with the North County LGBTQ Resource Center, bringing more education on transgender issues and nuances within the community that prospective allies may not be familiar with. There are also opportunities to be more involved with local charities. VSPA participated in Pride by the Beach, donating $1,000 to the event. VSPA also has its sights set on participating in next June’s annual San Diego Pride event.

The group is launching at the Viasat headquarters in Carlsbad, but there are already other locations showing interest. Bancroft hopes to identify interest to organize other chapters across the company. 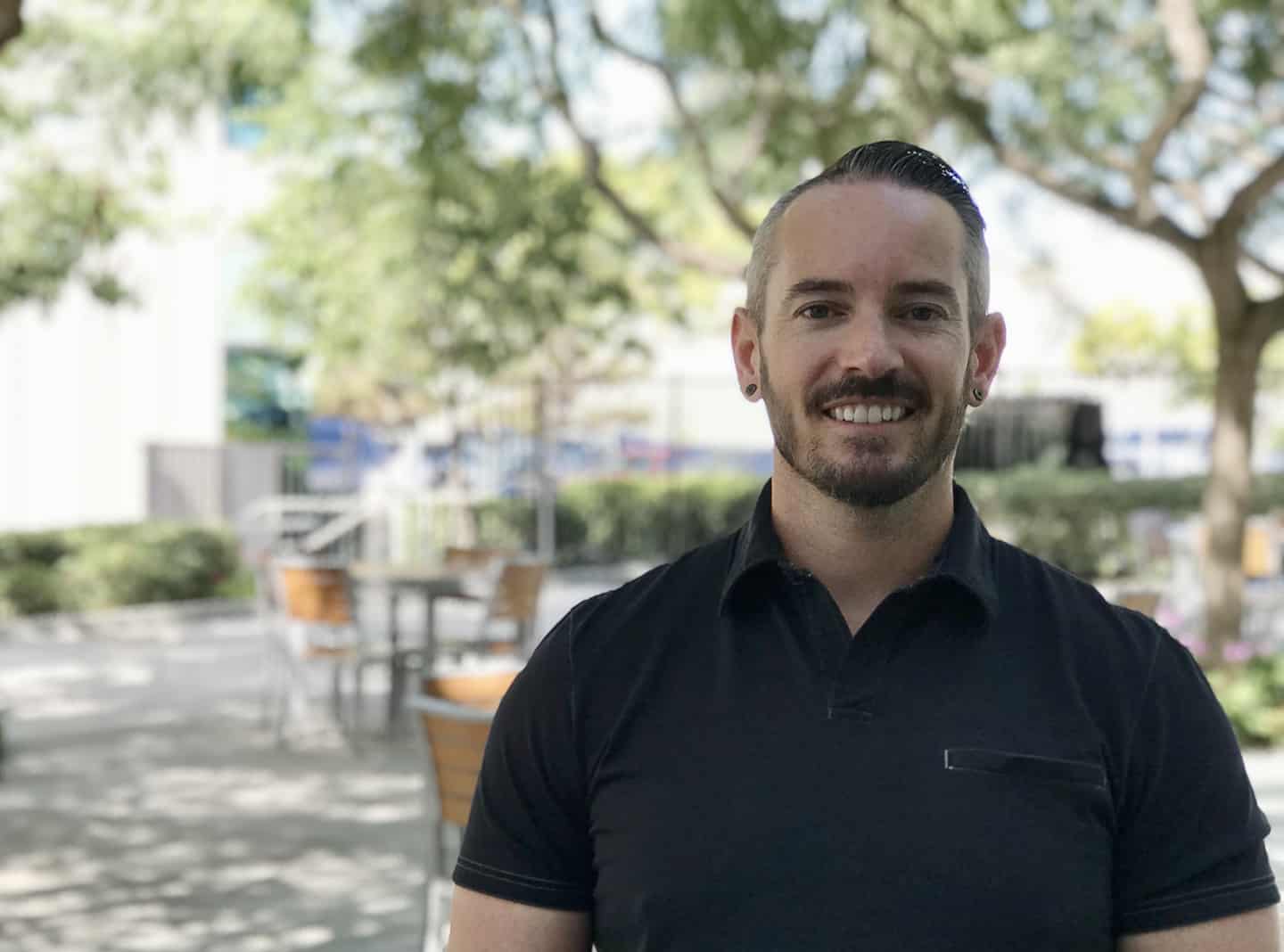