While Viasat’s Ka-band-based products get most of the limelight, vital services are tapping into its lower frequency narrow band service offerings 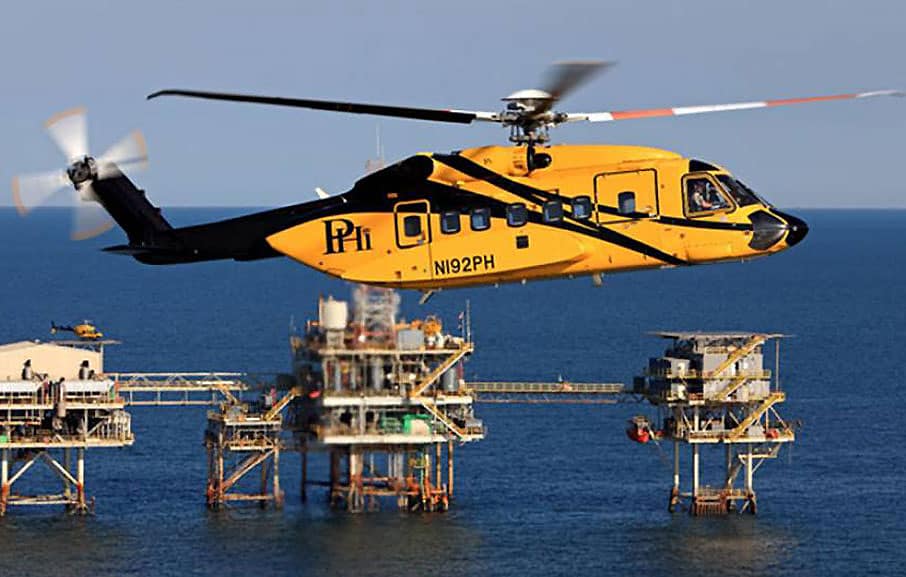 What’s less known are the often life-saving services Viasat provides through other satellites on L-band. These communications serve a smaller number of people and applications than our Ka-band satellite internet services, but their effect is profound.

“Viasat is a global leader in satellite communications and most prominently recognized for our disruptive broadband technology in Ka-band,” said Buddy Carman, Viasat’s Director for the North American Region of Mobile Satellite Services (MSS). “Compared to the robust big pipe of the Ka-band, L-band is a tiny straw.”

So why choose a tiny straw instead of a big pipe?

It’s because the tiny straw comes with some distinct advantages. Our L-band service leverages the Arclight waveform, so it operates well with small aperture terminals while on the move or through helicopter rotors. Its low bandwidth and frequency isn’t ideal for streaming video and internet surfing, but it’s a reliable and cost-efficient option for transmitting critical data and communicating in the air, at sea and on land.

It also works well in all kinds of weather – through rain, fog and violent weather. And Viasat’s L-band teminals are compact (smaller than a cigar box), lightweight and rugged – easy to install and tough to damage.

Roots in the military

Viasat’s MSS L-band services sprang from a program it developed for the military almost a decade ago. With Blue Force Tracking, the military can see real-time battlefield locations of friendly and hostile troops, mine fields and damaged infrastructure, send instant messages and communicate between air and ground.

Viasat engineers believed the vital technology for the military could have broader applications.

“We’ve taken the core technology we developed for the government, and changed it, even in some ways upgraded it. We created some great value differentiators elevating us ahead of existing technologies and positioning us in the epicenter of the next generation machine-to-machine markets evolution and growth” said Roy Drakos, director of Viasat international business development for Global Satcom. “Now here we are with a pearl in our hands; empowered to ignite new unserved markets worldwide while we are able to improve existing underserved enterprise mobile markets.”

Viasat built the L-band network – ground stations, terminals and other equipment – and runs it using other partners’ satellites. In North America, it operates on Ligado Networks’ SkyTerra 1 satellite. In Europe, the Middle East, Africa, Asia and the Pacific, it links to a pair of Boeing satellites owned by Thuraya. All told, Viasat’s L-band service is available on over 85 percent of the world’s land.

“The only area we don’t cover is South America,” said Phil Berry, Viasat’s MSS Vice President. “Because cellular is more cost-effective, it’s typically used outside of areas with cellular coverage. However, some of our customers choose to use it even when they are in range of cellular for redundant connectivity.”

While L-band is often viewed as expensive, Viasat’s efficient equipment design – small, durable terminals in contrast to some competitors’ more expensive, fragile hardware – has broken the cost-barrier in several markets.

Through a partnership with Outerlink — a Louisiana-based aviation communications provider — Viasat L-band is now used on over 300 helicopters, many devoted to medical evacuations and others that support oil and gas platforms in the Gulf of Mexico and other areas. More helicopters are being equipped with the technology each month.

Due to its support of multicast voice, MSS L-band is ideal for push-to-talk communications, a method of conversing with a group of users. Its ease and efficiency make it a popular choice for people working in public safety, security, construction, transportation and other fields.

The sensor data transport provided through L-band is uniquely suited for monitoring weather and equipment at remote sites. Keeping an eye on backcountry infrastructure can prevent or cut short the spread of wildfires and other issues triggered by storms or malfunctioning equipment. Because it’s not transmitted on ground-based towers that can be damaged by fires or storms, L-band is highly reliable.

When hurricanes ravaged Puerto Rico in 2017, L-band helped both businesses and consumers get back on their feet. With traditional infrastructure destroyed, merchants couldn’t conduct credit card transactions.

“It was a huge problem,” Berry said. “Our channel partner deployed some units for push-to-talk communications and integrated our terminals with point-of-sale machines. That way people could buy food and stores could generate revenue. All of that helped the economy to get moving again.”

About 1,000 Viasat L-band terminals are currently active, but the untapped market is vast.

“L-band is really a start-up business for Viasat, which extends the corporate mission of connecting everything and everyone to smaller platforms and devices,” Berry said. “We’re still finding our way as we continue to learn more about the  market.”

Another reason it’s stayed under the radar?

As a global communications company, Viasat recognizes the capabilities of both narrowband and broadband communications over satellite. In both commercial and government applications, these different service offerings complement each other. Small, narrowband terminals providing critical sensor, location and voice data on mobile and fixed nodes together with broadband connectivity to operations and dispatch centers providing streaming video and increased data throughput for the ever growing demands of integrated networked data.