For Viasat, the shift means fine-tuning the satellite network to accommodate critical needs 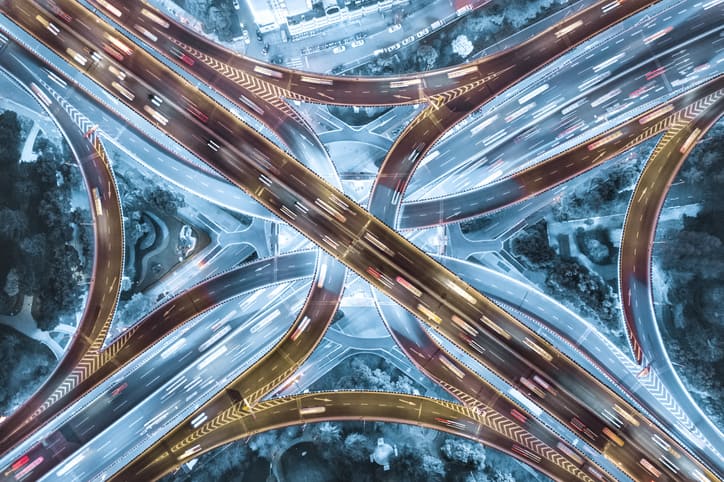 Internet traffic levels have spiked as the coronavirus has prompted people to leave the real world for the virtual one. Meetings became conference calls, lectures became webcasts, news sites recorded record traffic, and billions of people binged more video than usual to stave off boredom.

The surge started in China’s Hubei Province, where the streets emptied in January, and the internet’s connections filled up. Mobile broadband speeds fell by more than half, according to The New York Times. The traffic jam went global soon after, as Europeans and Americans flocked to Facebook, Netflix, YouTube, Disney, and Zoom Video Communications.

“This is an increase we would normally expect to see in a year,” Chintan Patel, Cisco Systems’ chief technologist in the U.K., told CNBC in an interview on March 27. “We’re now obviously seeing that in a matter of days and weeks.”

Streaming video is one of the biggest data users on the internet, especially when video is delivered in high definition. Presenting video at HD resolution requires more pixels, the smallest units that make up a picture or video. More pixels mean more data, and at times like this, that means clogged data pipes.

The EU’s Breton used Twitter and the hashtag #SwitchtoStandard to urge entertainment companies to stop using high-definition streaming for applications that don’t require it. The problem is that HD is becoming the new standard.

Shift on the Viasat network

Viasat’s satellite network is feeling the surge, too. On a normal day, about 50 percent of Viasat’s bandwidth is used for video, and that’s mostly at night and on weekends. When the coronavirus arrived, and people sheltered at home, daytime internet traffic surged 30 percent. Usage of the increasingly popular video-teleconference service Zoom went up 1,000 percent alone.

Viasat’s satellites are working hard to beam bits to customers, and the company’s engineers have come up with novel ways to keep the quality of service high.

“We’re squeezing every bit out of our satellites,” says product manager Dan Newman. “We’re not leaving anything on the table. We’re trying to find equitable ways to balance our network and be fair to our customers who use our service.”

Since the coronavirus outbreak, Viasat’s engineers are giving priority to real-time business communications applications like Google Plus, Zoom, Webex and others; educational sites; as well as social networking apps like Facebook, because that’s often where people turn to keep up with friends and relatives during the outbreak.

Viasat’s engineers are also prioritizing “network storage.” That includes Google Drive, which is key because so many students use Google Drive for schoolwork.

“Many of our customers are working from home, doing distance learning, and looking to stay connected and informed,” Newman says. “Those are the things we’re paying attention to. We’re focused on delivering 24-hour, optimized treatment on Viasat’s network.”

To make room for the essential internet service needs, Viasat made some network adjustments, including the way video games are downloaded and upgraded. Most game consoles automatically download new versions of games, and they usually do so on Tuesday nights, when internet traffic is slow. But if a user turns the console off that night, say, it will try to take down updates at other, busier times. That would result in a bigger impact on the network.

“Game downloads can be tens of gigabytes in size,” Newman says. “They’re just enormous and can account for 7 percent of our network traffic.” By de-prioritizing games, Viasat made the more essential services available around the clock.

To ensure fair access to critical services, Viasat also had to ration video streaming, just as other internet providers (and EU ministers) are trying to do. Customers that use up all the data in their plans for the month may notice that video is lower resolution, but a technical feature about video can remedy those delays, too. Unlike other kinds of data, streaming video has an adaptive bit rate, meaning that when there is congestion, video will drop bits so that fewer will be sent. Other forms of data, like static webpages, can’t do that.

“We manage our network to give space to more interactive, less elastic applications,” Newman says. “That means the network can breathe a little.”