How to talk to an Osprey 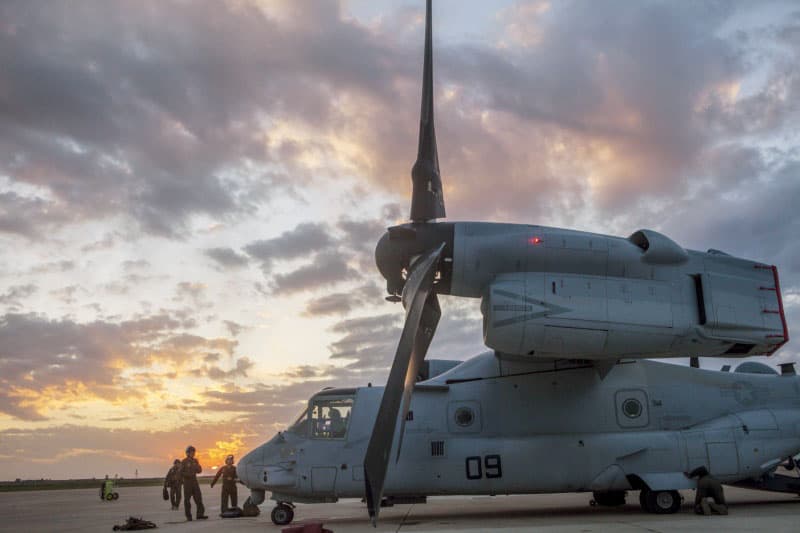 As our “Nation’s 911 Force,” when the U.S. Marine Corps responds to a crisis, they must be prepared to execute a variety of missions such as inserting combat forces, rescuing American citizens or delivering supplies to victims of natural disasters. In these situations, Marines will use the MV-22 Osprey as the workhorse for moving their forces, especially when distance and speed are a factor.

The MV-22 has proven to be a disruptive technology to the Marine Corps, as it provides them with further reach and speed to enable greater operational flexibility. But when the MV-22 was introduced, it lacked the connectivity required to provide sufficient situational awareness and mission command information to deployed forces. This limitation caused the Marines to search for a solution to this critical capability gap.

The Marines were not looking for just any in-flight internet connection, but rather a secure, resilient network capable of operating in the most stressing physical and operational environments.

The Marines needed reliable, secure and high-speed network connectivity services while en route to an objective area. Whether in peacetime or combat, they needed to maintain situational awareness of rapidly evolving conditions in their objective area which, without en route updates, could prove disastrous for them upon landing.

Imagine 300 enemy fighters waiting at an objective, but the Marines onboard the aircraft think there are only 20 based on the briefing they received prior to departure — and their six-hour transit time. This risk is mitigated by having the ability to get the right information, at the right time, with the right level of fidelity to provide them real-time updates on the changing situation on the ground.

“A Marine Corps veteran at Viasat came to our engineers and technologists,” recalls Ken Peterman, president of Viasat’s Government Systems business. “He said, ‘the scariest moment in my life is when we were flying in that airplane for two or three hours en route to our objective. When the hatch dropped and I ran outside, I had no idea how the situation had changed since we were briefed many hours ago.’”

He asked, “If we can put this technology in a commercial airliner or a business jet, why can’t we bring it to the Marine Corps? They deserve the capability to watch a broadcast of the developing situation via streaming video from an overhead, unmanned, aerial vehicle or satellite.” 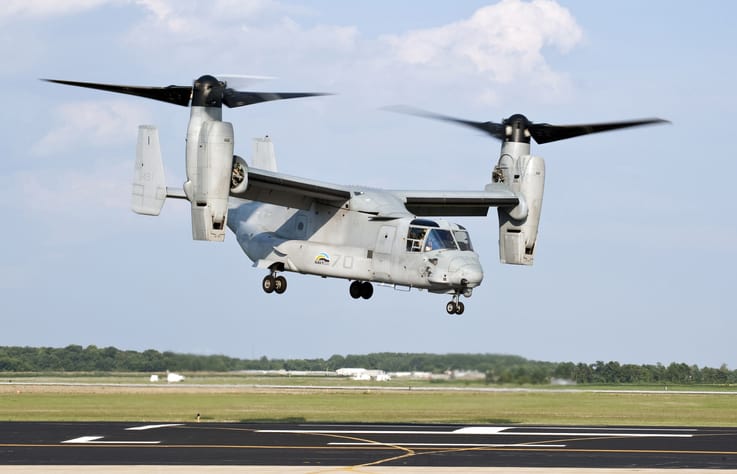 The Marines found a solution via their Networking On-the-Move (NOTM) program for the MV-22 by adopting the Viasat commercial satellite communication (SATCOM) system that provides the same secure, resilient, high-speed connection as it does for commercial airliners. Viasat’s innovations have enabled leading “through-blade” technology that allows applications to operate virtually error free through the rotors of helicopters and rotary-wing aircraft like the Osprey.

With Viasat’s through-blade technology now in place, warfighters and emergency response personnel have access to a wide range of in-flight capabilities that significantly improve safety and enhance mission effectiveness.

Since Viasat has extensive experience installing, operating and maintaining airborne SATCOM systems for business jets, widebody aircraft, and helicopters — as well as many government aircraft — the partnership with the Marines proved to be instrumental and led to the development of the MV-22 broadband system known as NOTM-A Increment 2.

“Today, Viasat is making it possible for a corpsman to know the patient situation when that hatch door opens during a medevac,” Peterman said. “We remain committed to finding a better way for our men and women in uniform to execute missions and significantly enhance their mission effectiveness. We’re looking forward to expanding these capabilities to a wide range of rotary and fixed-wing aircraft.”