How satellite gets European broadband beyond ‘good enough’

With high-speed, 50 Mbps from satellite now available from Viasat in Europe, it's time the technology is recognized as a viable alternative to fiber in many areas. 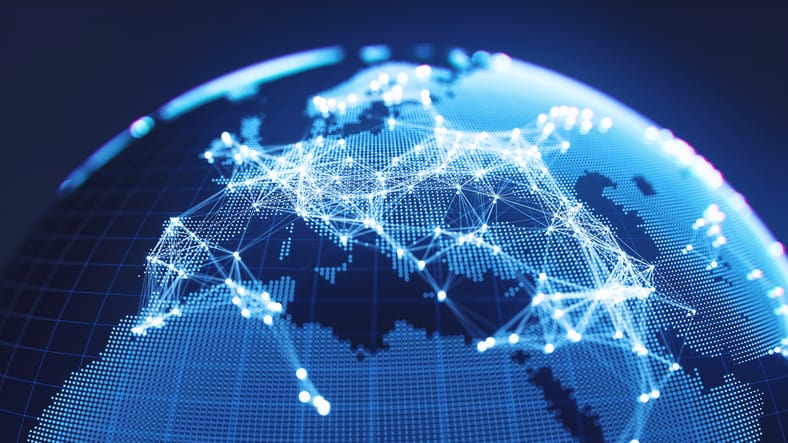 In 1876, William Preece, chief engineer of the British Post Office said: “The Americans have need of the telephone, but we do not. We have plenty of messenger boys.”

While this seems ludicrous to us in the 21st century, there is a long history in technology and beyond of people failing to recognize the obvious potential of what’s in front of them. William Preece’s comments were made 140 years ago, but this reluctance to move with the times is still with us today in communications, particularly around the internet.

Over the years, we’ve seen internet speeds increase exponentially. For those of us who remember the early internet of the 1990s, a 56 kbps connection seemed perfectly normal. When broadband appeared, we thought nothing would compare to 256 kbps. Now, with connection speeds measured in megabits per second, we have online services of a quality unimaginable 20 years ago. Yet at each stage, there has been the same blasé attitude: that what we have now is “good enough.”

The growing need for bandwidth

But in communications, what we have now will never be “good enough” for long. Just as the idea of messenger boys or, more romantically, the Pony Express, was swiftly made obsolete by the telegraph and telephone in the 19th century, the services we have now are already being eclipsed by the demands of both business and consumer internet users. Quite simply, if we have a pipe, we’ll fill it.

For instance, home internet users have gone from downloading and streaming grainy videos, to higher-resolution YouTube shorts, to full-length movies in HD on Netflix. Looking ahead, high-definition gaming — together with 8K video and beyond — means the appetite for more capacity, greater bandwidth and higher speed will always be with us. At the same time, users don’t just want higher capacity; they want it in more places, with the promise of a similar experience to at-home broadband whether they’re on the road or even in the air.

The way in which these changes in demand can affect communication strategies is being explicitly demonstrated by the UK Government’s Broadband Delivery UK (BDUK) program. Originally designed to deliver speeds of 24 Mbps to the whole of the UK, the Government then announced that these speeds would only be guaranteed to 95 percent of the population. The remaining 5 percent would have to settle for a Universal Service Obligation (USO) of 10 Mbps. The backlash has been immediate, both from the population affected – such as the vast majority of the UK’s farmers – and from those who believe that while 10 Mbps may appear substantial now, it will not stay that way for long. Indeed, there was a proposal to increase the minimum required speed under the USO to 30 Mbps, but this was scrapped when the Digital Economy Bill was passed.

The BDUK experience is a prime example of how a technological approach that only looks at what is “good enough” can cause problems down the line. The UK superfast roll-out has been entirely fixated on fiber broadband, with the result that many premises could have been served much more cost-effectively by other means. Yet when we look at other technologies, we can see the same approach in action. Take satellite as an example. The long-held stereotype has been that, while satellite can reach anywhere at any time, both the infrastructure and the service are expensive, and provide limited capacity.

However, satellite has proven it is far more capable than these increasingly outdated stereotypes. Residential satellite broadband services already offer comparable speeds and capacity to fixed-line services, at a similar cost. In fact, today in some markets throughout Europe, residential satellite broadband packages from the Viasat joint venture with Eutelsat are offered at 50 Mbps. Similarly, satellite technology is always advancing; satellites already have capacity in the hundreds of Gbps, and in a few years this will increase to thousands. What this means is that organizations should not be looking to satellite to provide what is “good enough” for now, but instead to anticipate and meet future broadband needs. By acting as the natural extension to a nationwide superfast broadband roll-out; or allowing passengers on aircraft to not only email and stream short videos, but perform any action they would at home.

For the BDUK initiative, satellite offers a great leap to 50 Mbps today, and even faster speeds coming in the next few years as additional satellite capacity comes online over Europe. Getting that left-behind 5 percent connected with 50 Mbps speeds doesn’t require extensive costs to taxpayers or years of waiting for terrestrial carrier buildouts. It can be installed today using current capacity. And as new satellites get added in the very near future, these customers will be getting cable-like speeds in the hundreds of Mbps.

We need to learn from the example of William Preece. Whether technology providers, customers or consumers, nobody wants hindsight to prove them the equivalent of Decca Records turning down the Beatles because “guitar groups are on the way out.” The communications industry cannot settle for what is “good enough” now. Instead, it is crucial to keep pushing against the boundaries of satellite and other technologies to ensure that, no matter how fast and in what direction consumer and business demands grow, the industry is always ahead of them.