How cryptocurrencies help people move money around the world

Cryptocurrencies have had their ups and downs, but the tech-driven currency could help billions of unbanked people around the world. 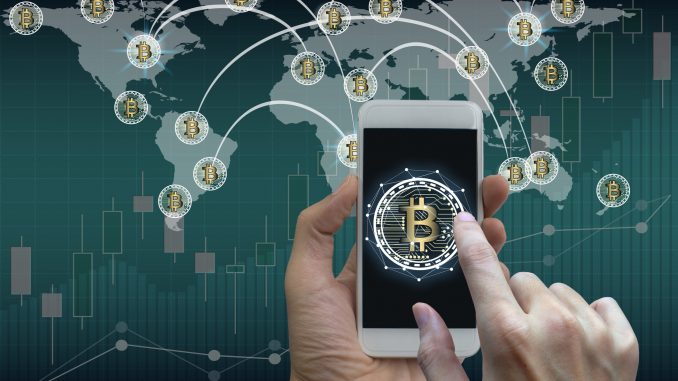 The bruising losses don’t mean the end of cryptocurrencies. Ferrari-driving speculators are gloating less, for sure, but many more technologists remain committed to the new money and the ingenious systems that run it.

Satellite companies like Viasat are interested, too, because electronic currencies help people send money around the world at little or no cost. That’s a big help to people working in the U.S. or Europe, who may need to send money back to their families back home. And home is often in places like rural Latin America, where satellite is the only way to get online.

Crypto is one of many financial technologies helping people move money more efficiently. In Africa, millions of people who have never set foot in a bank branch are saving money and paying bills with their phones. Africa has fewer bank branches per person than anywhere in the world (5 per 100,000). But some 100 million people there were using mobile financial services in late 2017, according to McKinsey, the consulting firm. M-Pesa, a leader in the business, has expanded from Kenya to other African nations and even India.

Even so, some 2 billion people still have no bank of any kind, not even on their phones, McKinsey says. Some people think cryptocurrency will help extend financial services to them, especially in places where basic security and a stable currency is lacking.

First, what is it?

To understand their power, let’s take a look at what a crypto-currency is. We’ll use bitcoin. It was the first cryptocurrency to hit the market, and it remains the largest in terms of total value (17.5 million bitcoins in circulation X $3,650 per coin = $63.8 billion).

Bitcoin is a perplexing thing, but so are most currencies. The only reason a paper dollar has any value is because most everyone in the world agrees that it does. The dollar was backed by gold until 1973. Now, it’s propped up by faith in the U.S. government alone.

Bitcoin is the same, and different. It’s the same in that it derives all its value from public perception. There are no vaults full of gold backing bitcoin. It’s different, though, because instead of being made of paper, it’s made of data. It exists in computers only.

So why do a bunch of bytes have so much value? Because people can buy bitcoins, hold them securely, and prove that they own them, thanks to some amazing computer encryption (hence the name). And, unlike dollars or euros, bitcoin is much more mobile. You can send it in an email to someone else without paying fees to a bank or Western Union.

Best of all, say the bitcoin believers, the number of coins is limited. There will never be more than 21 million bitcoins in the world. If it wished, the U.S. Treasury could print trillions of dollars tomorrow, diminishing the value of ones already in circulation.

Not so with bitcoin. The “blockchain” technology that runs it allows only 21 million coins, forever. Because it’s scarce, proponents say bitcoin is like gold that you can send from your phone.

Big deal, you say. You can do that with Venmo, Square, and PayPal. True, but they require the help of banks to keep ledgers of who owns what money, and banks charge fees.

There is no Bitcoin Bank with a big ledger. The blockchain keeps track of who owns what, and the blockchain runs on computers everywhere in the world, all connected by the internet. Give the blockchain some of your computer power and you can be rewarded with bitcoins through “mining.”

Each bitcoin is harder to mine, though. In 2009, when bitcoin started, you could unlock them with a Mac laptop. Now, you need a supercomputer.

A better way to move money?

So why do people still like these beaten-down bits? Because they make money move without friction or fees. Imagine you work in the U.S. and send money home to Mexico. Cross-border transfers are expensive. For Mexico, Western Union charges $10 for $300, with a fee on the other end, in Mexico, of 10 percent, too. With bitcoin, it’s close to zero.

But what about the huge fluctuations in the price of bitcoin? What if I buy one-tenth of one for $300 and it’s worth $200 the next day?

This might be the biggest problem with bitcoin, and one that a company called Tether Ltd. is trying to solve. Its cryptocurrency, also called Tether, is pegged to the dollar. The link sticks because tether has a dollar in the bank for every Tether. Tether is backed by dollars, just like the dollar used to be backed by gold.

So, using Tether, you can work in the U.S., get paid in dollars, turn those into Tethers, and send them to rural Mexico, where Viasat’s Community Wi-Fi, for example, provides affordable satellite internet hotspots within range of over 1.3 million people. There, your relatives turn Tethers into pesos, all on phone or computer.

The idea is catching on. About 15 percent of people sending money abroad use cryptocurrencies to do it, according to a December report by Clovr, a cryptocurrency company. The combination of cryptocurrencies and satellite is a powerful one in places where banks are scarce and the wired internet doesn’t exist. Together, they can make money fall from the sky, literally.