Helton Moreira is part of Viasat’s growing office in Brasilia 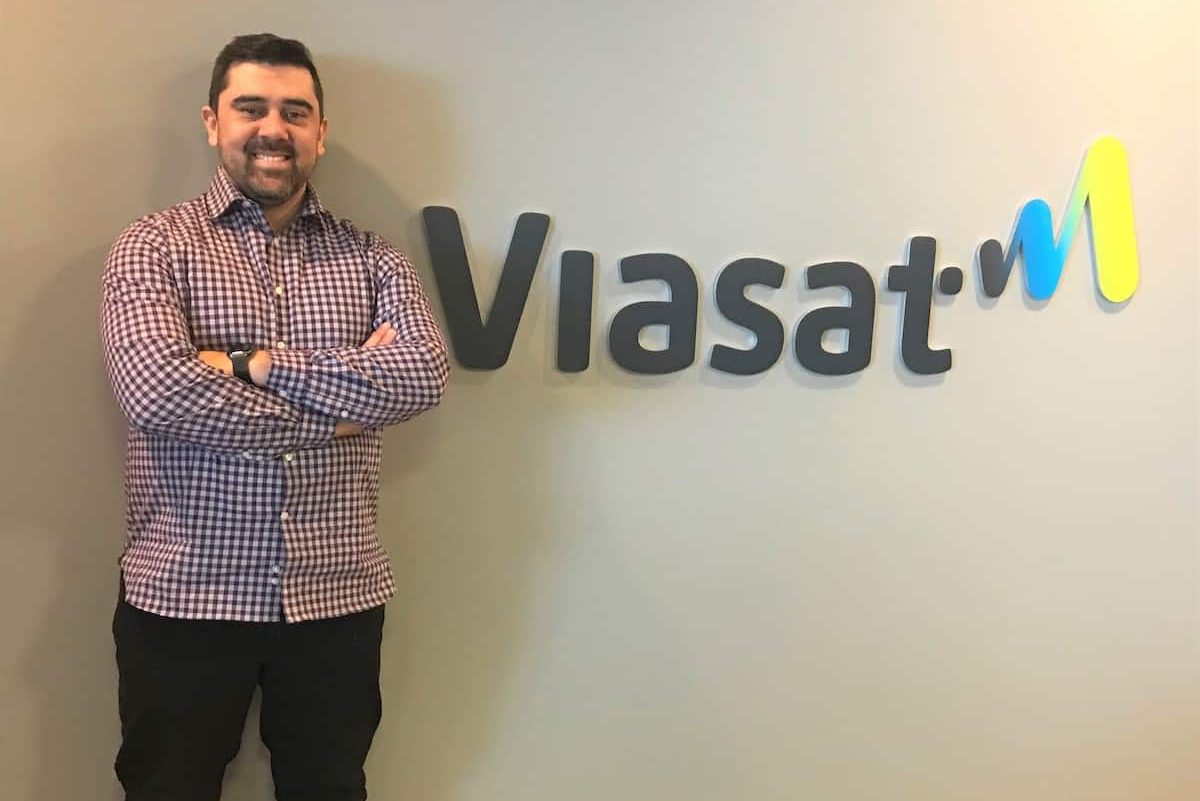 Helton Moreira is part of Viasat’s growing office in Brasilia

Working in the midst of a nearly overwhelming tragedy, former Telebras employee Helton Moreira saw Viasat respond in ways that inspired him to join the company. With Telebras’s blessing, the Brazil native was hired in December as Viasat’s director of strategic partnerships for Latin America.

Brazilian telecommunications company Telebras and Viasat became partners in Brazil in early 2018, working together to bring satellite internet to unconnected areas and citizens of the country.

Moreira was Telebras’s head of client engineering in January 2019 when a mining dam collapsed in southern Brazil, unleashing a mudslide that killed 270 people. Rescuers at the site of the tragedy needed communications support as soon as possible, and requested the help of Telebras. Moreira and a technician jumped on a plane to the site, and called Viasat to ask for equipment and support.

“They said, ‘Go and we will support you. We’ll get the equipment and techs there,”’ he recalled. “We helped to connect not only the rescue teams but the families – some of whom waited sleeping on the floor, hoping to find family members. We connected generators so helicopter controllers could get communications to rescue helicopters. We are sure those connections provided rescuers the opportunity to save lives. We worked together for seven days. I never will forget it.

“And during that time I thought, ‘Wow, this is a good company to work for.’”

Rescuers are still active at the site, where 10 people remain missing.

“We can connect people to the internet that have never been connected in their whole lives, and we can do that in Brazil, Mexico, Guatemala – all over,” he said. “I like to work with a purpose. And Viasat has purpose.”

Moreira also thought he could provide a useful link between Telebras and Viasat.

“I know the internal process at Telebras and, working for Viasat, I can make bridges,” he said. “I can connect the right people to one another.”

In its partnership with Telebras, the country’s state-owned telecommunications company, Viasat taps into the Telebras-owned satellite SGDC-1. The collaboration leverages the satellite’s Ka-band capacity with Viasat’s proven ground infrastructure and ability to bring low-cost, scalable broadband services to communities where internet service has been historically unavailable.

Working together, the two companies have so far connected 2.5 million students whose schools previously had either no internet or substandard internet service. A variety of other government sites have also been connected.

2020 will be a busy year for Viasat in Brazil. Viasat is now launching a residential internet service aimed to help the approximately 15 percent of Brazilians who live in the country’s rural and remote areas, places well-suited to satellite internet, again tapping into capacity on SGDC-1. Two other launches – inflight Wi-Fi and community Wi-Fi hotspot services are upcoming as well.

“Since he knows Telebras very well, he can help us funnel issues quicker and try to get them resolved,” he said. “He can also manage the relationship between us and any other partner we bring on, wholesale or retail.”

Moreira lives in Brasilia and works in the office Viasat recently opened there. When he wants to talk with his former Telebras coworkers, he grabs his coffee cup and just walks. Viasat’s new Brasilia office is adjacent to Telebras headquarters, so close the two buildings are connected by an underground tunnel.

“When we need to meet, they don’t even need to get in a car or call a taxicab,” Moreira said. “I can just say, ‘Let’s drink a coffee.’”

As a native of the country, Moreira clearly sees the need for better internet service.

“Many parts of the country can access a DSL connection,” he said. “Ka-band satellite service is something very new for Brazil.”

“We have rural areas in the north and northeast that don’t have any type of connection. We are offering connection to people that have never had it in their lives. And that is awesome.”