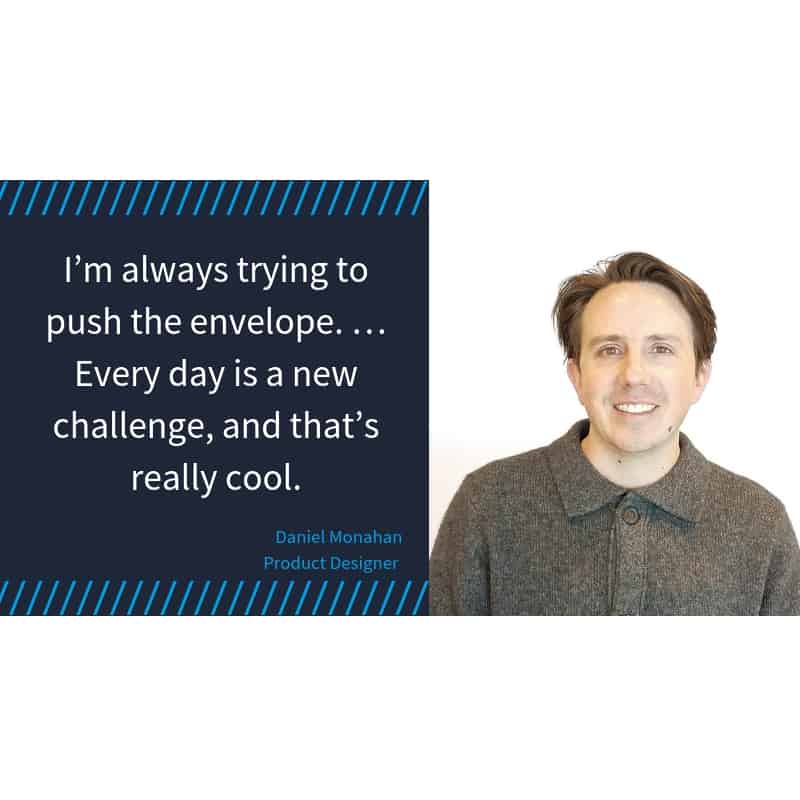 Not many people can legitimately list “toymaker” among their LinkedIn accomplishments; Viasat Product Designer Daniel Monahan is among those lucky few.

Before coming to Viasat in 2014, Monahan spent a decade making toys for Disney, playthings typically based on characters in its top-grossing Pixar movies.

“If you were in a Disney store buying ‘Cars,’ ‘Toy Story,’ ‘The Good Dino,’ or any of their classic lines up until four years ago, there’s a good chance I made one of those,” said Monahan, formerly a freelance sculptor and product designer.

Monahan’s work with Disney grew from a love of the creative process more than a fascination with toys. As a child, he enjoying building, creating and illustrating.

“He learned from old-school Italian sculptors, and basically taught me how to do everything from the way Michelangelo used to do it to the cutting-edge technology today,” Monahan said.

After college, Monahan started his own business, working for a variety of clients while pursuing his own creative efforts – including self-publishing a comic book in his mid-20s.

Around that time, Disney contacted Monahan. 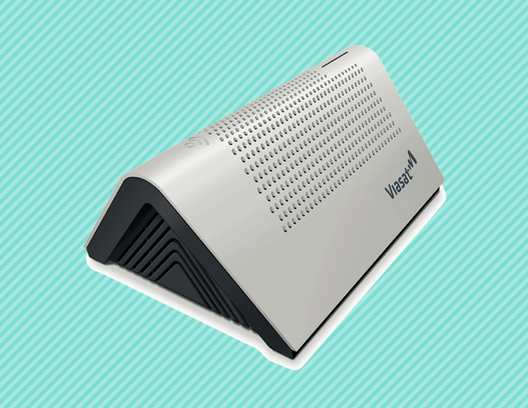 Viasat's WiFi Gateway, with its unique triangular shape, is one of the products Daniel Monahan had a hand in developing.

“Their lead sculptor on all their products injured his hand, and they were in dire need of somebody that could do not only the physical but digital sculpting,” Monahan said.

In addition to creating toys sold in conjunction with movies, Monahan sculpted some of the large characters on Disney theme parks, including the Snow White ride and The World of Avatar. On the side, he developed and patented children’s items.

“I always had a side hustle,” he said. “It was always about balancing paying the bills with this kind of work while doing a variety of other projects – products that were my own invention.”

One of them, an educational toy used with an iPad called the App Crayon, was sold at Target stores nationwide and can still be found online. For Monahan, seeing his own products in stores was only briefly thrilling.

“My family gets more excited about it than I do; the novelty wore off on me pretty young,” he said. “I’m more looking at how people are reacting to the thing I made, so it’s sometimes stressful.”

Along with that novelty, the satisfaction of self-employment and juggling clients also dimmed. When Disney asked Monahan to take over its “Star Wars” line of toys and products, he declined.

Instead, he accepted a new position with Viasat – one that’s let him continue his creative design work. Monahan’s work is to improve the customers’ interaction with the company – a broad description that included physical hardware, software and service.

“Nobody had ever really tackled this issue; it was a blank slate,” he said. “I’ve worked on everything from modems to software and other hardware products.”

To be closer to the residential internet processes, Monahan moved to Denver. Recently, he returned to his home state to work at the Carlsbad, Calif. campus.

Married to a former high school classmate and the father of two girls, Monahan finds his greatest joy at home.

“Being a dad is the best part of my life,” he said. “It’s great fun. I like getting involved in their interests – that’s a lot of baking, crafts and being outside together. And Viasat provides a great work/life balance.”

Monahan is grateful for a job that allows him to pursue his creative passion in several directions.

“Each business unit has a vastly different set of opportunities and that’s really exciting,” he said. “You can hop from the airline industry to the international market to the consumer, really in the same day. I’ve got projects ping-ponging around the company.