By working directly with warfighters, he's part of a team improving communications technology 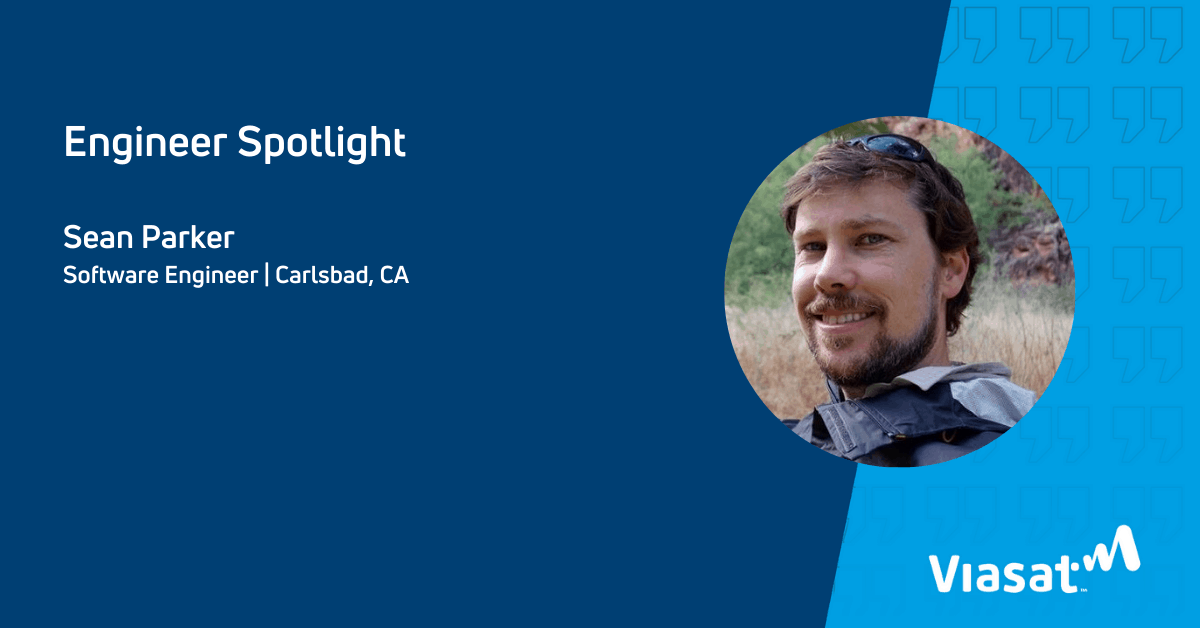 “I’m building something that’s being used to keep people safe, which is a nice feeling,” he said.

The 12-year Viasat employee, who works in the company’s Carlsbad, CA headquarters, came directly to Viasat from California Polytechnic State University. Even before he graduated, Parker was interested in working in the defense industry.

Viasat recruited Parker out of college and he can already see the positive impact he’s making.

“Sometimes an individual software engineer in a big organization can get lost; most of the time, they’re very far away from how a product actually gets employed,” Parker said. “At Viasat, we’re interacting directly with pilots, people on the ground, and several different integrators to do the field testing. It’s been really cool to have that connection to these guys to see what actually impacts them.

“We hear direct stories from a lot of the guys out there saying this technology is a game changer. It helps keep our warfighters safe so we don’t accidentally engage the wrong people. That’s really rewarding.”

“The fun for me is getting to see this technology directly in use,” he said. “We can plan all of this on paper, but once they use a BATS-D radio, we can see which features are actually important. Sometimes those are features we thought were add-ons, but that close customer interaction helps us understand that maybe we need to change our focus.”

A talent for tech

Parker is a northern California native who discovered a talent for tech during a high school industrial engineering and technology class. That led him to a computer engineering major, and eventually to Viasat.

In addition to the impactful projects he gets to work on, Parker appreciates his work team.

“We’ve had this core group of people for about eight years now,” he said. “It’s a pretty stable team. We all get along together really well and we have the same focus.”

Parker’s also enjoyed the ability to grow his career in the direction that seems best suited to his talents.

“I like that I’ve gotten to evolve my role and focus on the stuff that interests me,” he said. “I also like that our leadership really listens to the engineers when we express certain issues, or feel strongly that something is going to work or not. They put a lot of faith in us, which I appreciate.”

He also cites a good work/life balance, one that lets Parker and his wife enjoy the southern California outdoors and a good quality of life. The couple is expecting their first child in May.