Focus on West Virginia: mountainous terrain, rich natural resources – but falling behind in the digital age

With many of its residents in rural areas, the best digital inclusion solution for many homes and businesses is satellite broadband. 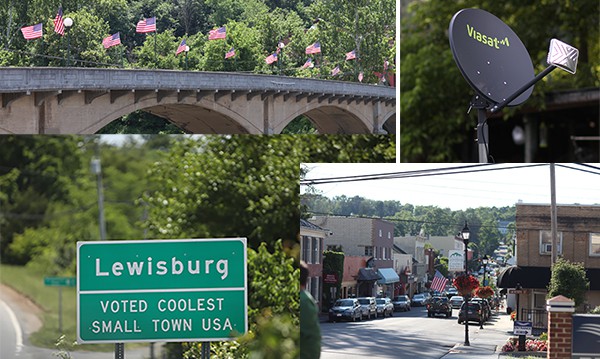 West Virginia is known for its mountainous terrain and rolling hills, the richness of its natural resources and a challenged coal mining industry. Located in the Appalachian Mountain range, this state is the home to many historical battles, the New River Gorge Bridge – a monument to American engineering — and substandard broadband connectivity in many areas.

While its larger cities enjoy fast Wi-Fi, 25 percent of West Virginia’s population still lacks access to broadband internet – leaving them on the wrong side of the digital divide. The combination of mountainous terrain, rolling hills and long winding roads makes it challenging for cable and terrestrial wireless broadband services to build out the infrastructure that will reach the many thousands of residents living in rural West Virginia.

Connection to broadband internet is critical to the economic well-being of communities – rural communities especially. West Virginians are being left behind – small businesses are unable to grow, students cannot access the same resources as city kids, and telehealth services are unutilized. West Virginian’s have lacked access to affordable and reliable broadband — until now.

Viasat Internet is bringing high-speed satellite internet anywhere – including the hardest-to-reach places in West Virginia. To continue to service the state of West Virginia, partnering with government state officials and the international regulatory bodies is critical so, satellite internet can gain access to the much-needed spectrum to connect the unconnected nationwide and across the globe.

In the next few days on the Inside Viasat blog, we’ll feature the stories of several West Virginia families who were able to finally get online with the help of satellite internet from Viasat.