Five amazing facts about satellites and their orbits

From cannonballs to 'zombies,' there's a lot more to satellites than meets the eye 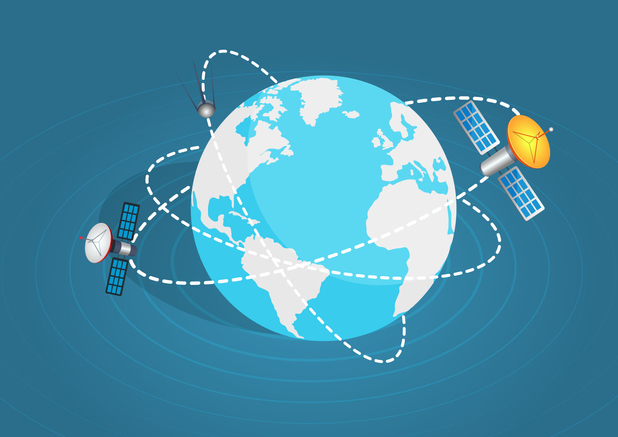 In celebration of Global Astronomy Month, we’re posting a few articles about the satellite side of things. How much do you really know about satellites and the orbits they call home? Here are five interesting facts about satellites that just might surprise you.

First proposed by Newton in 1687, the first law of physics states that an object in motion remains in motion unless acted upon by another force. For a satellite in orbit, this makes life a constant balancing act between momentum (which wants to keep the satellite moving) and gravity (which wants to drag it down). Newton used a thought experiment involving cannonballs to describe how his first law applied to orbits.

A cannonball shot with a small amount of gunpowder will travel a short distance before gravity takes over and brings it back to the ground. Use too much gunpowder and your ball goes flying off into space. But use just the right amount of gunpowder and you can overcome the force of gravity and send your cannonball into an orbit. Safety notice: Don’t try to prove Newton’s first law at home.

2: There are three common types of orbits for satellites.

These range from around 300 miles above the Earth’s surface to exactly 22,236 miles up, and satellite operators rely on different orbits for payloads with different purposes. In low-Earth orbit (LEO), satellites are generally smaller and less complex than the larger satellites in higher orbits. Getting satellites to this orbit at only 500–1,500 km (300–900 miles) is easier than attaining those higher orbits, and often a single rocket launch will carry multiple LEOs.

Finally, geostationary orbit (GEO) is at a precise altitude of 35,786 km (22,236 miles), directly above the equator. This altitude allows satellites to cover very large portions of the earth, and just three can cover most of the globe (as our ViaSat-3 constellation is planned to do). The other great thing about GEO satellites is that, because they orbit at exactly the same speed as the Earth’s rotation, they appear stationary in the sky. This allows them to cover a fixed position on the ground with a relatively simple antenna.

3: New satellites in upper orbits need to stay in very specific “slots” to avoid conflict with other satellites.

Because GEO satellites must be exactly over the equator at a specific altitude, the number of available orbital positions is somewhat limited. All new GEO satellites are given precise orbital “slots” assigned by the national space agency of the satellite operator and regulated by the International Telecommunications Union (ITU). The process takes years and there’s a lot of paperwork involved, but it’s all necessary to keep the peace in the geostationary neighborhood.

4: Satellites “wobble” slightly and need to be periodically flown back into their allocated slot in orbit.

The process of keeping geostationary satellites in their proper orbit is called “station keeping.” Left on its own, a geostationary satellite will drift north and south in a figure-8 pattern, losing its alignment with antennas on the ground and rendering it useless. GEO satellites are equipped with thrusters that allow operators to periodically correct for this drift. Relying on a constant stream of information flowing between satellites and ground networks, satellite operators engage these engines and carefully nudge the satellite back toward the center of its slot.

5: When satellites reach the end of their mission, they end their service life in different ways.

Satellites have widely varying lifespans — from just a couple years to many decades. But since there’s no requirement or incentive for satellite operators to retrieve them once their operating days are over, most decommissioned satellites are just left in orbit. Typically, an abandoned satellite in a lower orbit will lose its fight with gravity and burn up in the atmosphere within a few years.

For a GEO satellite at the end of its life, the operators use the last of the thruster fuel to push it up a few hundred kilometers into what’s called a “graveyard orbit.” This keeps it out of the way of other satellites, and there it stays for likely millions of years!

But sometimes, satellites assumed to be washed up have a little surprise left for their operators. So-called “zombie satellites” have been known to spontaneously begin transmitting again decades after being declared “dead.” The phenomenon first gained attention in 2013, when British amateur radio astronomer Phil Williams received a signal from LES-1, a United States Air Force communications satellite launched in 1965 and assumed lost in 1967. More recently, Canadian Scott Tilley made contact with experimental satellite LES-5 in a GEO graveyard orbit in 2020.

Looking for zombies in graveyards is sure to keep a lot of amateur astronomers up at night!