Robotics competition a springboard to STEM for students 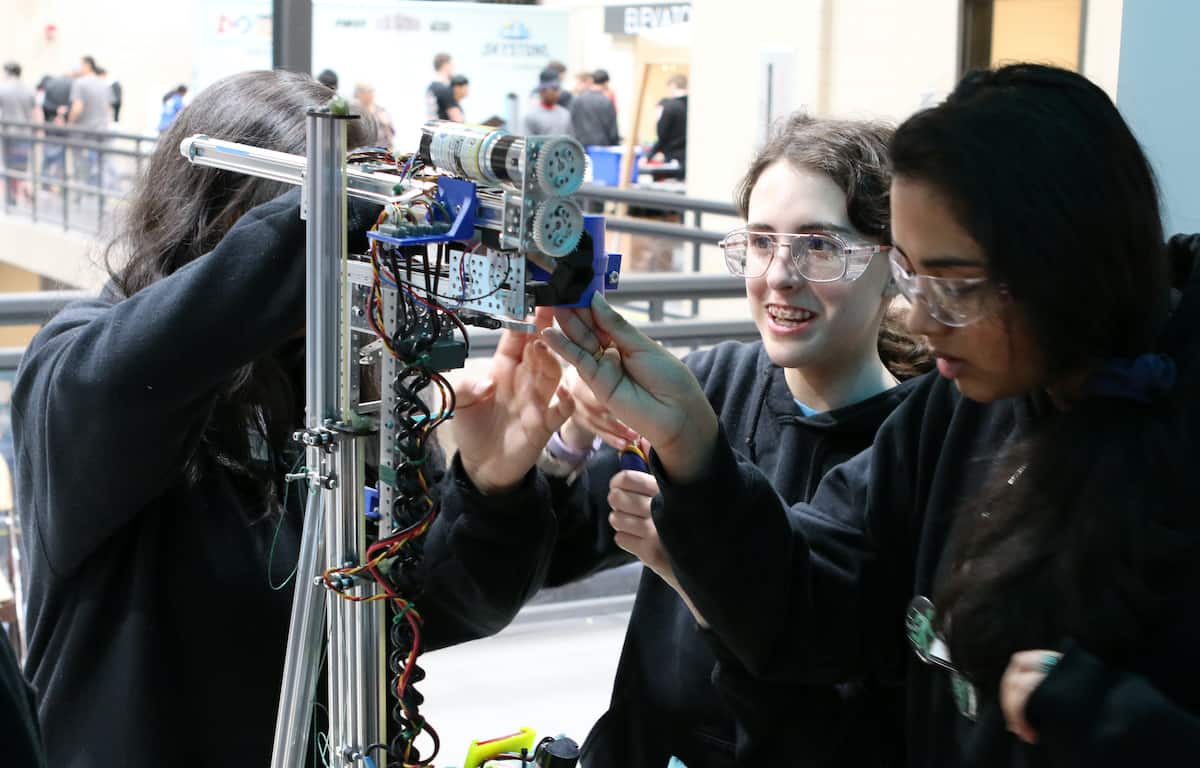 At 17, Christopher Caligiuri is working with scientists on research that could change the lives of people afflicted with a vast array of potentially devastating disorders. Christopher, son of Viasat Systems Design Engineer Meredith Caligiuri, built a robot controlled by brain waves. Called the “Neurobot,” it interacts with cerebral organoids – rudimentary “mini-brains” developed in a lab from stem cells.

Those interactions help University of California San Diego (UCSD) neuroscientists better understand the neural pathways that create the disorders. And that understanding could lead to the development of effective treatments.

Christopher, a senior at San Diego’s Canyon Crest Academy, attributes the inspiration for his Neurobot to FIRST Robotics, a team-based competition he first participated in back in fifth grade. Viasat sponsored his team that inaugural year, and has done so every year since. 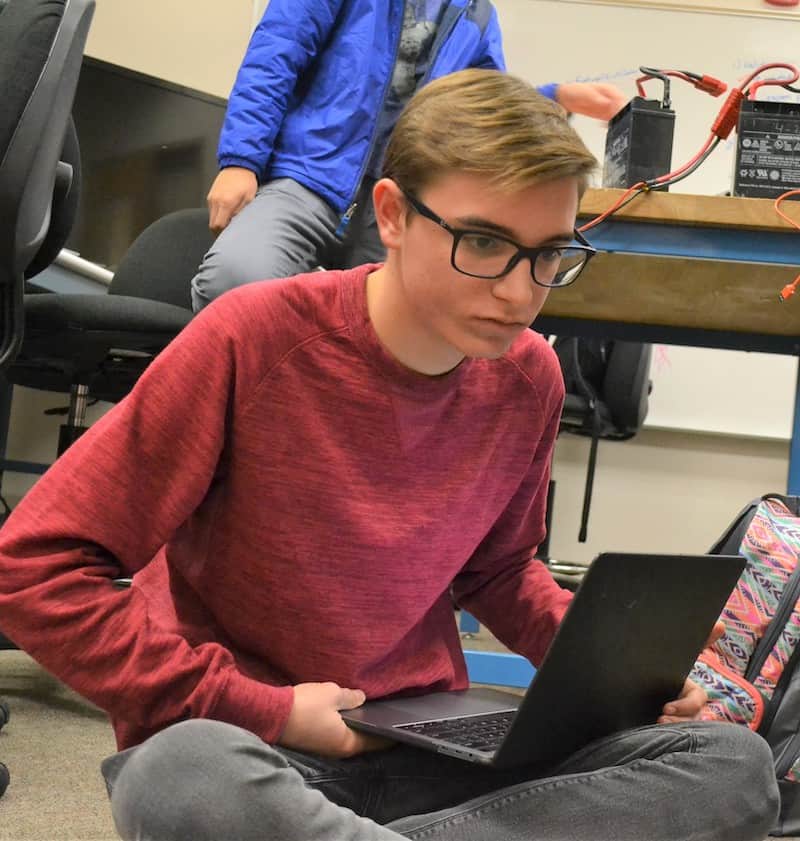 The annual competition requires teams to build and program industrial-size robots that then play a difficult field game against like-minded competitors.

“I would never have started in robotics at all without FIRST Robotics,” Christopher said. “That definitely fostered my engineering interest.”

As a high school freshman, his years of robotics competitions gave Christopher the confidence to reach out to UCSD and ask if he could incorporate robotics into their research. The robots and UCSD’s ground-breaking research have since been featured in multiple publications, including Discover, Science and Nature magazines.

For his part in that, Christopher credits FIRST Robotics and Viasat’s sponsorship.

For the 2019/20 season, Viasat sponsored 40 FIRST Robotics teams around the country. It also supports its employees who mentor and coach the teams.

For several years, that included Meredith Caligiuri, who acted as a coach and now supports Christopher’s team from the sidelines.

It also includes Joe Gerhardstein, an engineer based in Viasat’s Duluth, GA office. He’s acted as a mentor for both his son’s and daughter’s teams, and currently guides the all-girls FIRST Robotics team that includes daughter Mari Kate. For his daughter especially, Gerhardstein said the program has been life changing.

“My daughter is very introverted, and the team is a big part of her socialization,” he said. “She will talk about any topic under the sun with them because all these kids are so similar to her. It’s been great for her to realize she’s not alone in the world. Just because she doesn’t play a sport, she’s not excluded from having a community she belongs to.”

Meredith Caligiuri said the program had a similar impact on Christopher, who started with the organization’s introductory FIRST Lego League.

“Up until then, he didn’t have much of an interest in extracurricular activities,” she said. “FIRST Lego League was a catalyst to so much more. This has been his passion, and it led the way for a lot of opportunities.

“I constantly tell people the best thing my son ever got into was the robotics program. These programs have a profound influence on the students’ growth and maturity – regardless of their interest in robotics.”

A sport for the mind

Called the ultimate sport for the mind, FIRST Robotics competitions require far more than engineering know-how. Participants must fundraise to meet their goals, design a team brand, and work in cooperation with other teams, all under deadline pressure. The project season – each year featuring a different theme – must be completed in just a few months.

The coronavirus has thrown new challenges into this year’s program. Both Christopher’s and Mari Kate’s teams met remotely for a while. Now, by adhering to strict safety protocols, they’re meeting in person. That’s important because, for Mari Kate, the competition is just weeks away.

“The pressure’s started,” said Mari Kate, adding that her team is developing a robot that will, for the first time in her involvement with the program, lift, place and throw items. It’s an additional set of challenges on which she thrives.

Gerhardstein said he is repeatedly impressed by how the teams manage their projects and the real-world experience it brings. He sees clearly the parallels between their work and his experiences at Viasat.

“Some of these teams may have budgets of $100,000 a year,” Gerhardstein said. “They’re using all these skills – budgeting, finance, planning — and it’s a short time frame. There’s a huge project management aspect you don’t even think about."

The nonprofit FIRST offers programs for children around the world from ages 4 to 18. FIRST Robotics, aimed at high school students, is its most challenging program.

But the participants’ words paint an even more vivid picture.

“I love it so much,” said Mari Kate Gerhardstein. “I think FIRST Robotics has made me more comfortable in presenting – at competitions and in school. It helps build my confidence.

“I’m really lucky to be in something as fun as this. I really enjoy sitting down and working on a big project for several hours at a time at the end of the day. And then being able to compete with it.”

Mari Kate specializes in integration, but also knows how to code and program. It’s an interest that began in childhood but grew rapidly when she became involved with FIRST.

“Now I know I’m interested in a lot of different styles of engineering – mechanical, architectural, software,” she said. “It’s going to be hard to pick one; they’re all so fun.”

Christopher Caligiuri plans to study electrical engineering in college. But he also wants to incorporate the passion for research his UCSD experience helped awaken.

“I want to develop products that can change people’s lives,” he said.