Finessing the laws of physics with Link 16 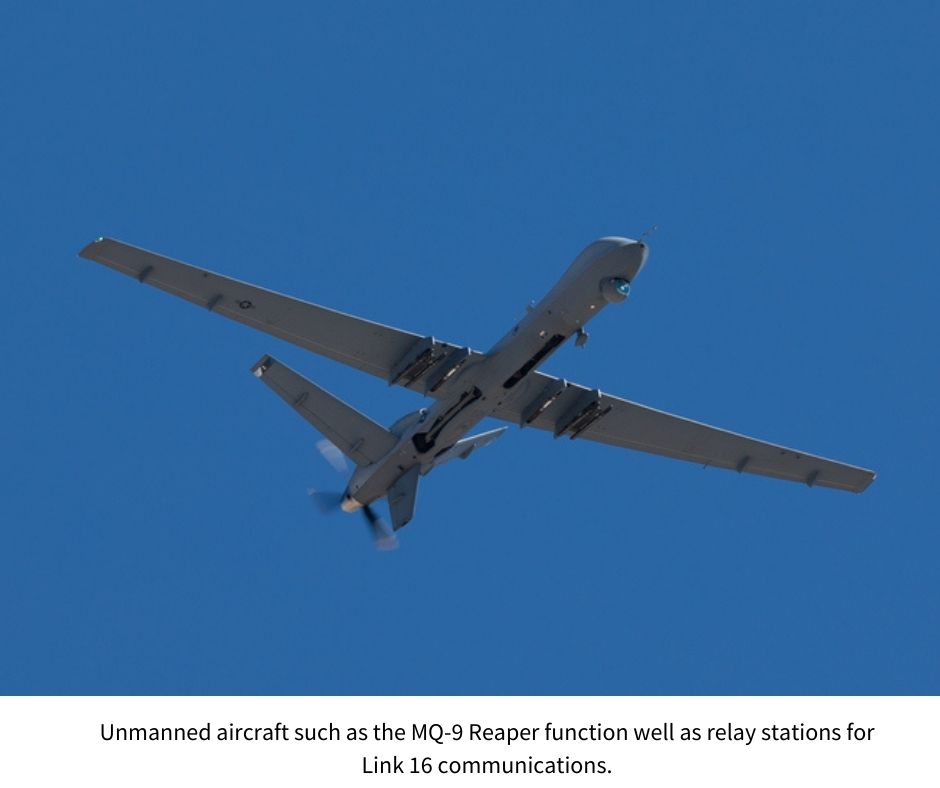 How much easier radio communications would be — if only the earth were flat.

Radio waves wouldn’t be blocked by mountains, or the curvature of the planet. Sending a signal from one side of the planet to the other would be as easy as talking to someone in the next room.

But the laws of physics rule otherwise. That’s a problem for today’s highly dispersed warfare, which relies on tactical data links to instantly connect weapons and sensors that may be thousands of miles apart. But these data links, such as the widely used Link 16 system, require a clear line of sight between transmitter and receiver.

Fortunately, while the laws of physics can’t be ignored, they can be finessed.

“We can't go through the earth with our transmissions, but we can use relays and gateways to go around it,” said Pete Camana, Viasat’s chief technology officer for tactical data links. Camana was speaking at the company’s annual Data Links Working Group, held online this year in early March.

There is no magic here, no “subspace radio” or faster-than-light communications found in science fiction — just engineers using a toolset of clever techniques to solve problems. For example, the round, bumpy earth presents line-of-sight challenges for aircraft.

“To get a transmission out to 300 miles from a ground user means we have to fly at 65,000 feet,” Camana said. That’s an altitude that would tax even the most modern military aircraft.

Merely transmitting a more powerful signal isn’t the answer: Adversaries will seek to destroy or jam any communications nodes they can detect, which means a stronger signal will only make the transmitter more vulnerable.

“Our platforms must be able to stay hidden until they strike,” Camana said. “That means coming in at low altitudes, using deceptive routing and employing diversionary, stealth operations. All of that requires communications at much longer distances than ever before.”

Viasat’s solution is to use relays and gateways to send data short distances from node to node, all the way until the message reaches its final destination.

“All of the terminals that we build include the relay functions,” Camana said. This includes Viasat’s tactical gateway products, including the Move Out and Jump Off (MOJO) system that can be placed, for example, on high ground to act as relays.

Because aircraft enjoy the advantages of range and altitude, they make ideal relay stations. Viasat has already used U-2 surveillance aircraft as relays and is working on placing Link 16 terminals on unmanned aircraft, including the MQ-1 Predator, MQ-1C Gray Eagle, MQ-9 Reaper and the MQ-8 Fire Scout. Using drones as robotic relay stations significantly reduces risk in terms of cost and safety when compared to manned aircraft. Even balloons can relay Link 16 signals.

“We've been experimenting with Link 16 small tactical terminals on stratospheric balloons flying in an area of operations,” Camana said. “We've even had multiple balloons in a daisy chain to further extend the range of Link 16 communications.”

Nonetheless, operating within the Earth’s atmosphere will inevitably run into line-of-sight issues. So why not operate above the atmosphere? The Viasat XVI program, in conjunction with the U.S. Air Force Research Laboratory, aims to deploy a trial satellite to test Link 16 connectivity from space — eventually leading to a constellation of Link 16-capable satellites in low-Earth orbit (LEO). Unlike traditional communications satellites, which are too high for terrestrial Link 16 terminals to reach, LEO satellites would enable Beyond Line of Sight (BLOS) connectivity.

This will enable Link 16 users, out of range or line of sight with each other, to exchange data through the satellites. Consider a long-range missile launched at a target thousands of miles away, based on data provided by a sensor located near the target. If the target moves, and the sensor can transmit updated coordinates through Link 16-capable LEO satellites, then the missile can be redirected mid-flight.

There are challenges to this approach, Camana said. The LEO satellites would have to be capable of connecting with Link 16 terminals for a variety of users and platforms, from low-powered handheld radios, to aircraft, to high-powered transmitters on ships. But if successful — the first test launch is scheduled for September 2021 — the benefits will be enormous.

“We continue to grow the capabilities for Link 16 for the battlefield environment,” Camana said. “Best of all, doing that doesn’t require new equipment. These upgraded capabilities are completely compatible with the thousands of Link 16 devices already in the field.”