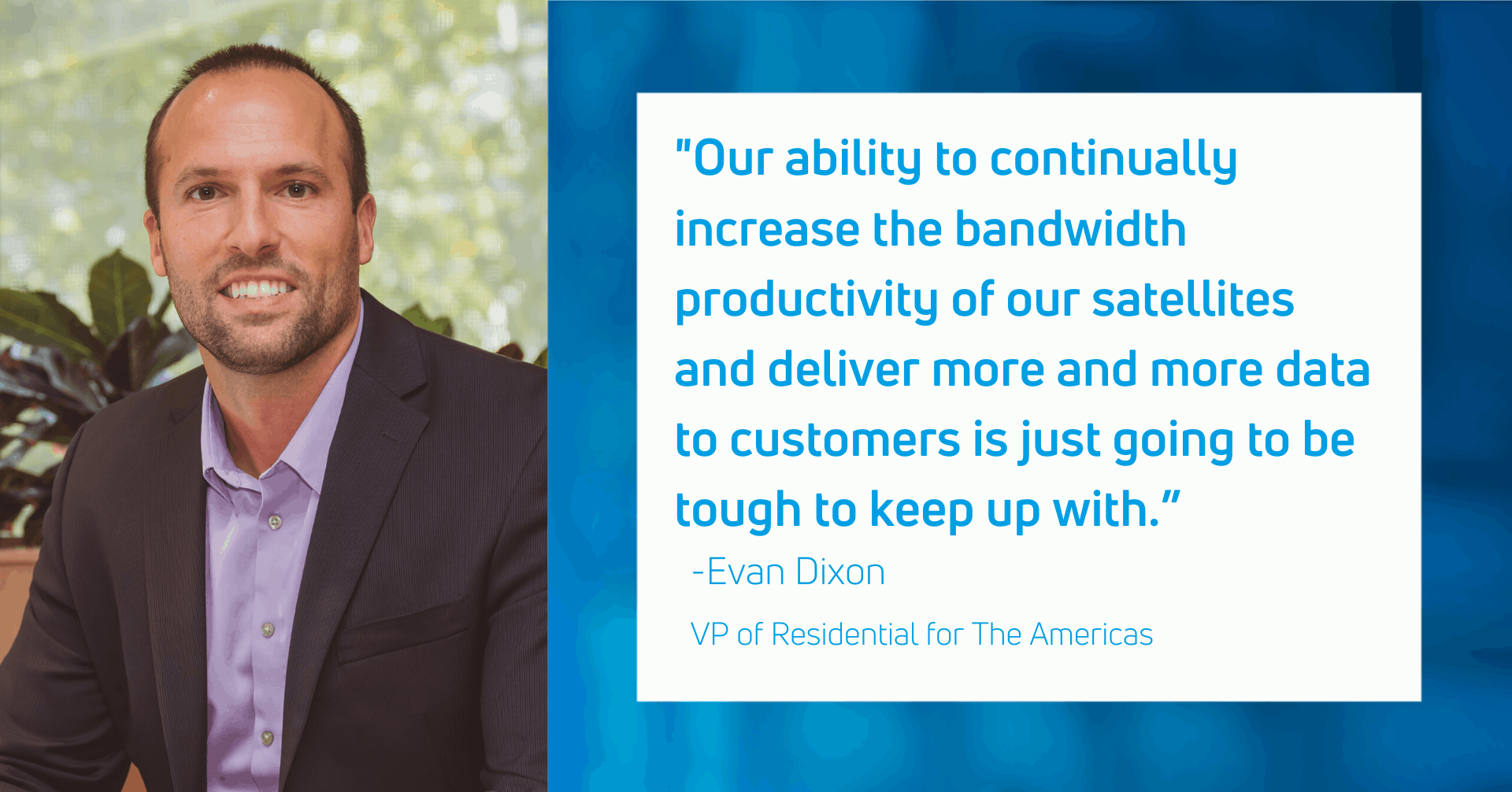 Evan Dixon has traveled and lived around the world, but his recent move to Vice President of Residential for the Americas brought him home to Southern California. In March, the five-year Viasat employee and his family moved back to the U.S. after a three-year stint in Switzerland and Ireland, where he worked as Vice President and General Manager for Europe.

“The international experience has made me exceptionally bullish on Viasat,” he said. “Having seen firsthand the enormous opportunity to serve the unconnected, unserved and underserved populations in markets around the world, I don’t see another solution that can connect them in as efficient, effective and economical way as Viasat can.”

Dixon has significant education, work and life experience on which to draw that conclusion.

While he was born in Orange County, Dixon’s family didn’t spend much time there. His father worked in the pharmaceutical business and, with each promotion he received, the family made another move. Dixon and two brothers grew up in seven different states.

“Always being the new kid in school wasn’t easy, but in hindsight it was a really positive experience,” he said. “Not only did our family become very close, but you get pretty good at walking into uncomfortable situations, talking to new people and making friends. There’s a character-building aspect that I believe shapes you as an adult.”

Boulder to Malibu to Prague

In addition to his family, Dixon had one other constant throughout his childhood – tennis. He played wherever his family lived, and said the consistency of it in an otherwise often-changing life was comforting. It also proved to be rewarding.

Dixon attended the University of Colorado-Boulder on a tennis scholarship. Inspired by his father, he majored in business, then earned an MBA at California’s Pepperdine Graziadio Business School.

Those two mutual passions – tennis and business – put Dixon on the road to his future.

“After school, I played what would be the equivalent of ‘minor league’ professional tennis in Europe and fell in love with the multicultural aspects,” he said. “As the tennis dream began to fade, the idea of going into international business became increasingly interesting to me.”

Dixon moved to Prague, where he got a job as a marketing manager with a software company in the mobile and wireless industry.

“I immersed myself in the local culture, learned to speak the language, and went straight into a job dealing with new-market entry throughout Europe.

“I’ve been interested in international work and telecommunications to this day.”

He later returned to the U.S. to work in broadband management positions at DIRECTV. During those five years, he built and managed partnerships with all the major ISPs across America.

“Out of all of them, I really liked the folks I was dealing with at Viasat,” he said. “I liked the company, the product and what they were trying to do. It just stood out for me.

“I considered myself part of the Viasat family, even when I was at DIRECTV.”

When Viasat approached him with a position in Europe, he didn’t hesitate. Dixon joined the company at its Lausanne, Switzerland office in 2015, as deputy CEO and chief marketing officer for a joint venture Viasat entered with Eutelsat.

“The joint venture was an incredible learning experience and an opportunity I was not going to get in the U.S.,” Dixon said. “We were trying to build a retail business from scratch across Europe. This forced me to understand every angle of the business and the markets we were entering.”

In 2018, he was named vice president and general manager for Viasat Europe.

Dixon’s years of international experience align well with Viasat’s plans for the future.

ViaSat-3, a constellation of three satellites set to launch in the next few years, is expected to make the company the first truly global internet service provider.

The first ViaSat-3 satellite will expand the company’s service throughout the Americas. That means not only more comprehensive coverage in the U.S., but further expansion into Central and South America.

“Our growth is going to come from international,” Dixon said. “Over the next three or four years, we’re going to be entering into dozens of countries. Having done that for the last several years in Europe has been great preparation.”

And while three or four years may sound like a long time, Dixon said the company needs every bit of that time to prepare for its global debut.

Dixon said he’s excited about the company’s expansion and the technology that will make it possible.

“I’m not seeing any other satellite ISP that can compete in terms of the technology we’re bringing, the capacity we’re delivering, and the cost per gigabyte,” he said. “Other companies have some very interesting ideas, but none I see that can compete with Viasat’s next generation of satellites. Our ability to continually increase the bandwidth productivity of our satellites and deliver more and more data to customers is just going to be tough to keep up with.”