Participants of the university's ENLACE program complemented their cross-border research program with Viasat's insight into the satellite industry. 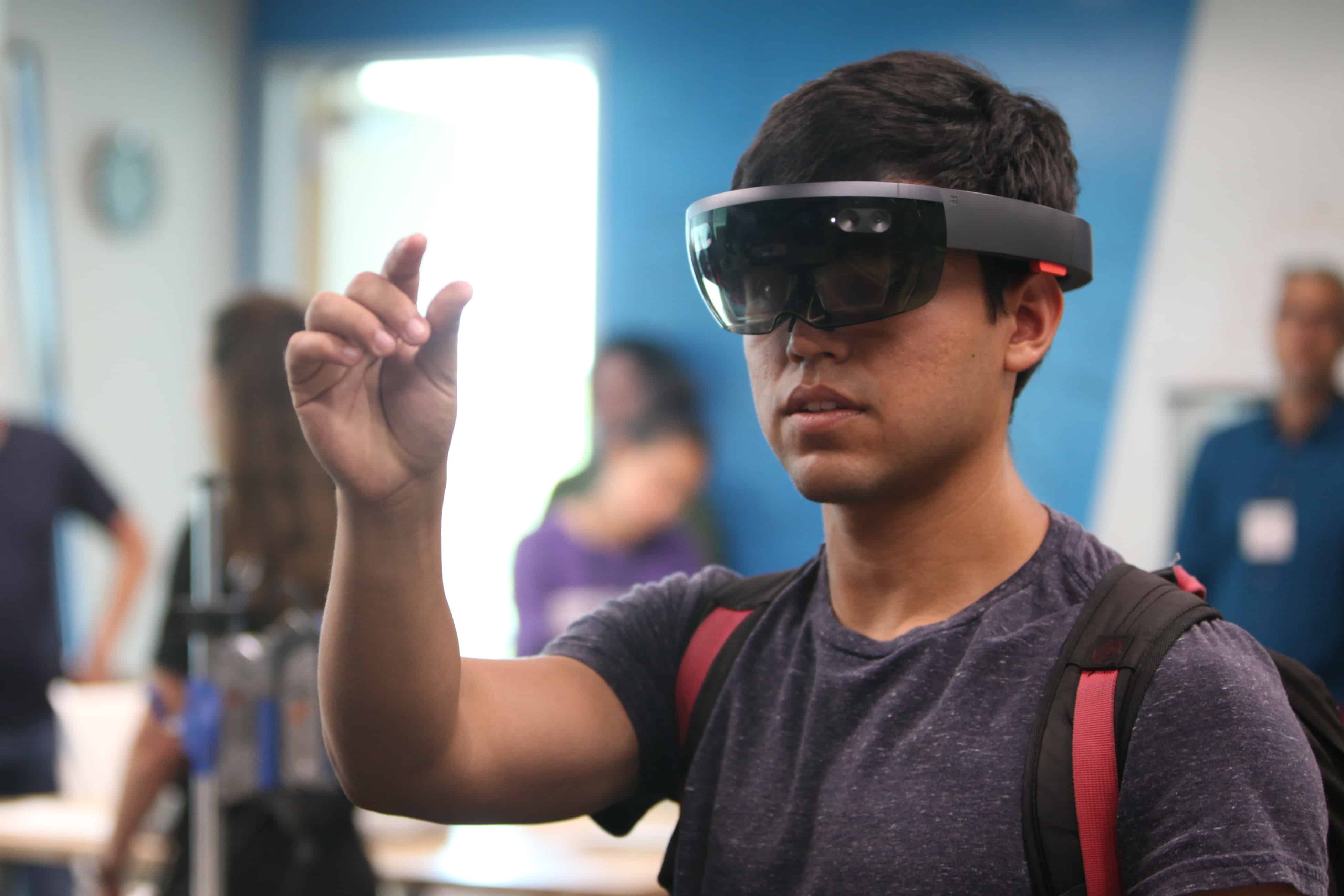 Lilia Vazquez Badillo, a university student who is studying medicine at Universidad Autónoma de Baja California, was born in the south end of the Mexican state of Baja California, where she lived without internet for the first years of her life. Her father worked in the seafood/fishing industry, so he did business in rural communities that often had no phones or internet.

Eventually, the family moved to the northern part of the state, so that Badillo could go to school in a place with better connectivity.

“I couldn’t imagine growing up there,” she said. “Phones are such a necessary part of life. But my father still goes to those communities for his job, and I remember it was great news for them when the Wi-Fi came.”

Badillo is one of the 120 Mexican high school and university students participating in the University of California San Diego’s ENLACE summer research program this year. The university initiative encourages STEM research and study between Mexico and California.

The program, started in 2013 by UCSD’s Professor Olivia Graeve, is mostly focused on conducting research projects in labs. However, Graeve complements their research with other activities. The students go on field trips to iconic San Diego landmarks and participate in college preparatory workshops. They also attend weekly “science and society” lectures, where they listen to speakers who help shape their scientific conscience.

“We have these lectures because I believe the growth of a scientist cannot just involve science,” Graeve said. “It has to have human aspects.”

Tracie Davee from Viasat’s University Relations and Recruiting team was thrilled when she discovered the ENLACE program. The program’s initiatives aligned perfectly with Viasat’s own mission to close the digital divide and empower the next generation of STEAM leaders. As Viasat expands into Mexico, striving to connect the community through its Community Wi-Fi service, investing in the education of Mexicans is a critical part of the company's mission as well. A collaboration between Viasat and ENLACE sounded like a perfect idea.

This year, Viasat was a title sponsor of the program, which means the company funded ENLACE’s research symposium and closing ceremony. Viasat wanted to provide a lens into how STEAM education is applied within the industry, so it hosted a day for interested university students to learn more about Viasat.

“I think that this was an opportunity for us to demonstrate our mantra of doing the right thing, and that the technology that we have can really make a significant impact,” Davee said. “It’s programs like this that help bring that to life.”

Viasat’s interest in connecting people from both sides of the border made Graeve feel the company was the right partner for the program, she said.

Graeve grew up in Tijuana and then went to the University of California San Diego for her undergraduate degree. She is also the director of the CaliBaja Center for Resilient Materials and Systems, which includes researchers from both the U.S. and Mexico. Because of her experiences, Graeve sees immense value in people coming together “in good conscience” to solve the problems of the world.

“I think that if we are trying to solve problems for our region, everyone in the region needs to be involved,” she said.

On July 26, 27 ENLACE students visited Viasat’s headquarters in Carlsbad, CA. The students were invited to participate in hands-on demos across the campus to familiarize themselves with Viasat’s services and experience the company’s collaborative work culture.

The afternoon began with a welcoming ceremony, conducted in Spanish by Gabby Langley, a member of Viasat’s Hispanic/Latino Leadership Alliance (HOLA). The employee resource group was particularly excited about hosting the students for the day. After the warm welcome, Congressman Luis Alegre Salazar stepped up to speak – also in Spanish – about his own background in the satellite industry.

Salazar was invited to the event by Ryan Johnson, Viasat’s Government Affairs Manager for Latin America and the Caribbean.

“We want to give the students a chance to see what’s out there and how there’s an ecosystem supporting applied sciences and engineering,” Johnson said. “So they know that what they’re studying has real-world impact, and there are many viable career paths available to them.”

Salazar has worked in Mexico’s Secretariat of Communications and Transportation. His family also runs the largest broadcaster in Mexico’s Yucatan area, and he is currently serving his first term in the Mexican Congress, Johnson added.

“We’ve done other events with the congressman before,” Johnson said. “He’s a champion of education and connectivity for all of Mexico, and he wants to be involved in promoting innovative solutions for groups that have digital divides. So we have a lot in common.”

From exploring to innovating

After the ceremony, the students were given a campus tour. They visited Viasat’s commercial air/travel experience center to learn about Viasat’s achievements with in-flight connectivity, and they familiarized themselves with Viasat Connect, a chatting application that the company is currently developing.

ENLACE participants also tinkered around Viasat’s Innovation Lab, managed by Deborah Chandran. The lab offers out-of-the-box technology, including 3D printers and a Microsoft HoloLens. Chandran calls the lab Viasat’s “high-tech sandbox”— any employee can come in and explore the available products, whether it’s for their work or for personal use.

“My view of innovation is that it’s about people, not about gadgets – even though we have a lot of those,” Chandran said. “People are the ones who have problems, think of solutions, build it, market it, sell it, buy it and use it.”

Company employees have often come into the lab to experiment with the technology, and later implemented the things they learned, Chandran added.

“The message I try to convey from the innovation lab is that when you play with tech you’re learning about it, and eventually you master it — and it becomes a tool,” she said.

Chandran said seeing people have fun with the technology is her favorite part of her job, and said she hopes the students always remember to play to help them continue learning and growing.

At the end of the day, the students joined current Viasat employees and interns in a networking session. Many of the students were enthusiastic about Viasat's collaboration in addressing regional connectivity problems; some of them even noted that they could see themselves working for a company that sold Community Wi-Fi.

“I was so impressed,” said student Aranza Martinez Lopez, “I didn’t know Viasat existed, and it was so exciting to see everything they do for Mexicans, who are our family. I really like that they are providing new opportunities for our people.”