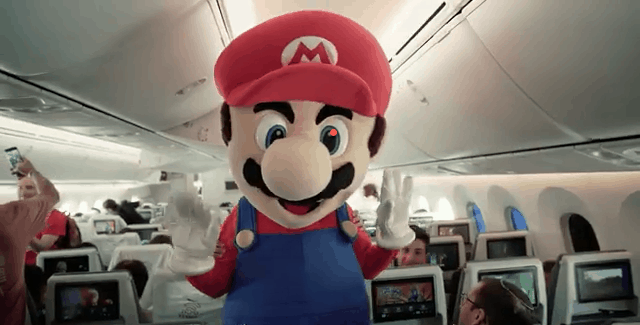 Leading gamers and YouTube influencers boarded the El AL Dreamliner alongside classic character mascots from the Nintendo franchise. Six passengers also earned themselves a spot in the tournament by competing in a preliminary competition.

Gamers competed using Nintendo consoles, and live coverage of the event was streamed via Viasat’s high-speed satellite network to tens of thousands of viewers on YouTube and popular gaming sites. Fellow passengers on board the flight watched watch the live stream on their mobile devices.

El AL began partnering with Viasat in 2014, making them the first European airline to provide Viasat connectivity to passengers.

Watch a video of the event

As the Customer Engagement Marketing Manager at Viasat, Kelsey Goodman partners with commercial airline customers to highlight how they are evolving the aviation industry through connectivity.