With some contract issues now settled, Viasat and Telebras are busy connecting the unconnected 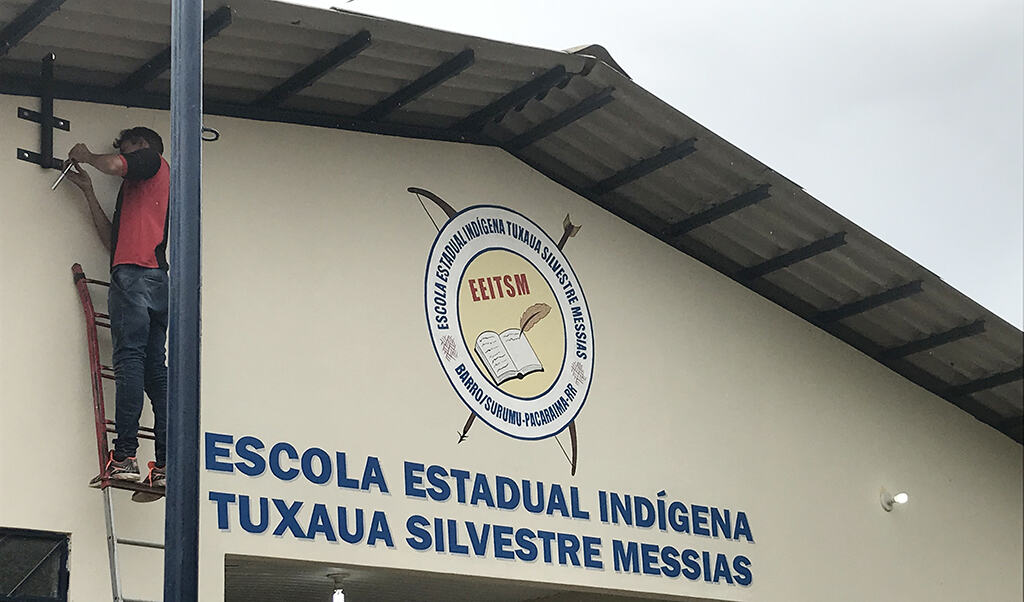 With some contract issues now settled, Viasat and Telebras are busy connecting the unconnected

Since the fall of 2018, Viasat and Telebras have installed more than 4,500 broadband access sites in Brazil as part of the GESAC program. Most of those are schools in remote areas, where the high-speed broadband from the Telebras-Viasat partnership has enabled students and teachers who previously had very slow or no internet connection better access to the world.

The partnership began earlier in 2018, when Telebras — a Brazilian telecommunications company — was looking for a partner to supply a ground system for its new SGDC satellite. Viasat was a logical partner, since the company has a long history building satellite communications systems and recently served in a similar capacity with the Australian government’s satellite broadband program.

Having secured the contract, Viasat put a ground network in place, and installations of service began with schools along with health facilities and other government sites — such as border processing centers helping Venezuelan refugees. Viasat had installed more than 4,500 sites as of mid-May 2019.

The second part of the partnership will allow Viasat to offer other types of satellite broadband services ranging from residential to in-flight Wi-Fi for airplanes. The company also plans to make available its Community Wi-Fi service — a low-cost hotspot solution that helps connect remote populations and which has become increasingly popular in Mexico.

In Brazil, contracts with government-owned companies such as Telebras are required to obtain approval from a special federal court called TCU. The TCU approved the Viasat contract on May 22, 2019. This ruling allows Viasat to proceed with launching commercial service.

“We’re all elated,” said Lisa Scalpone, vice president and general manager, Viasat Brasil. “The benefits that we’re already seeing with students across the country are enormous.”

Scalpone said Telebras has estimated that more than 1.2 million students are now connected to the satellite service.

“How do you measure the impact of our service?” she said. “One way to create the biggest impact is to make sure schoolchildren learn internet fluency and how to maximize the internet and its educational opportunities at an early age. It’s putting the focus on education and students first, and that’s exactly what the GESAC program has done.”

Some of the first GESAC sites were installed a year ago, with schools in the northern town of Pacaraima in the first group. As in many other places, those schools had legacy cell or satellite service that offered only about 1 Mbps download speed — if that. Those kinds of speeds aren’t adequate for applications like streaming educational videos or supporting more than one user at a time. With the 10 Mbps now in place enabled by Viasat and Telebras, students are better able to take advantage of the educational assets available online — such as the free online learning course from Kahn Academy.

“We can already see that the service is being heavily used, with a ton of streaming during the day for those kinds of educational videos,” Scalpone said.

As Viasat and Telebras look to make the most of the capacity on the SGDC satellite, Scalpone said Brazil has plenty of opportunities — and a few challenges. One of those is the terrain itself, with many of the locations in Brazil’s interior lacking roads.

“In a lot of areas, the only method of transportation is by boat,” she said. “And we often need more than one technician for installs due to the difficulty in getting to some of these areas. But our partner in Brazil, Visiontec, has been amazing.”

Another partner, Ruralweb, has a lot of that experience in the country and is on board as a wholesale partner.

Scalpone said Brazil has a lot of opportunity using different applications for the satellite bandwidth. The size of the country alone makes it ideal for satellite, with a chunk of the population spread throughout Brazil’s vast interior. In addition to government buildings like schools and hospitals, there’s a need for individual residential service and the Community Wi-Fi, along with business applications. As it does in other areas, Viasat also plans to use some of the capacity for in-flight Wi-Fi for aircraft over Brazil.

Today, Viasat has access to a little more than half of the capacity on SGDC. If that gets used up, the first ViaSat-3 satellite — targeted to launch in 2021 — will be able to supply more.