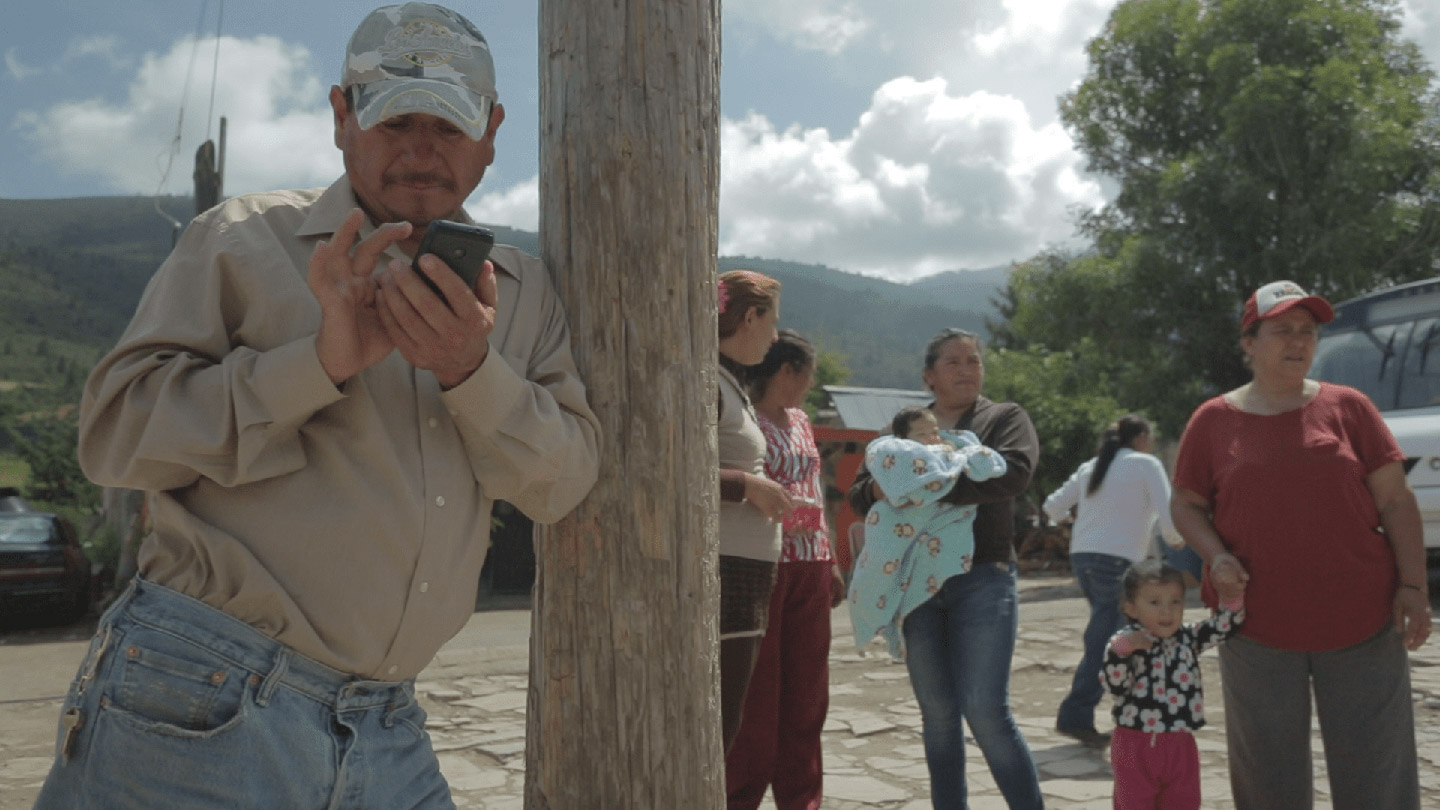 More than a million people in Mexico, who once had no or limited options for using the internet, now live within walking distance of a Viasat Community Wi-Fi hotspot.

For many of them, the service is opening doors they’re using to change their lives – saving time, enhancing finances and enriching their personal connections.

“What we’ve seen is that there are people who are using the internet for the first time in their communities,” said Kevin Cohen, Viasat’s Community Wi-Fi general manager. “They’re using it to talk to their relatives on video chat. But they’re also using it for so much more than just personal connections.”

The service, typically sold in small, affordable increments at local community stores, is available at over 2,000 sites, including all 31 Mexico states.

Although it will also be made available in urban areas, the initial customers for Community Wi-Fi are in remote villages, far from cell towers or traditional internet providers. These people often have limited access to medical care, education, e-commerce and transportation. Because the location typically means residents are also far from well-paying jobs, finances are limited while cash is king.

Viasat’s priced its service with that in mind.

“We’re charging people for bite-sized packages so they can do what they want with the service, even if all they want to do is chat on WhatsApp,” Cohen said. “Our pricing is as low as 50 cents (USD) an hour.”

Expanding to Central America, Haiti and beyond

With coverage enabled by the ViaSat-2 satellite launched in 2017, Community Wi-Fi service is also planned in the next few months in Honduras, and Haiti.

“It’s going to be fun to be able to go to these new countries and provide a service that’s absolutely needed,” Cohen said. “Haiti is among the most impoverished countries in the Americas. If we can make it work there, we can export this to Africa. They’re among the people most in need of connectivity.”

While negotiating and installing the service in thousands of villages, Cohen’s seen just how it’s improving everyday life. Farmers use the internet to determine where to buy livestock and the most profitable place to sell their crops. Construction workers order materials via WhatsApp – saving them hours of driving time. Similarly, medical patients use the internet to order prescriptions from a pharmacy so medicine is ready to pick up when they arrive, cutting wait times on top of the long travel times.

“It’s really fulfilling to connect people that were unconnected,” Cohen said. “We’re getting to the hardest-to-reach places with our innovative business model. There’s no other company providing it at this scale.

“Other companies want to get to them too, but no one’s taken the time and made the investment to figure out how to do it while also making it financially sustainable. While they’re piloting ideas, we’re the only one actually deploying the service to thousands of locations and pushing forward in multiple countries with multiple partners.”

Among the keys to Viasat’s success is the relative ease of a Community Wi-Fi installation. A terminal and Wi-Fi access point is installed at a centrally located store, business or residence. Customers typically pay cash to the business or store retailer owner in exchange for an online access code. The cost increases with the amount of internet time or data a user selects. The store owner often provides seating and sometimes a tablet for public use.

Viasat’s goal is to replicate the service around the world, an avenue that will open with its planned ViaSat-3 satellites. ViaSat-3 is a series of three satellites that will encircle the globe; each is designed to cover one-third of the planet. The first satellite is expected to launch in 2020.

“With ViaSat-3, we’re going to launch this same service in Africa and Asia,” Cohen said.

But Cohen and other Viasat leaders aren’t content to stop with internet service.

“As of August, we launched a VoIP (internet phone) service in the communities,” he said. “We have a bill-pay service where people can pay for electricity or satellite TV service. We’re developing a chat app to launch other value-added services as well: things like education, microfinancing, and micro-insurance.

“The goal is to connect millions and millions of people and provide them value beyond just connectivity.” 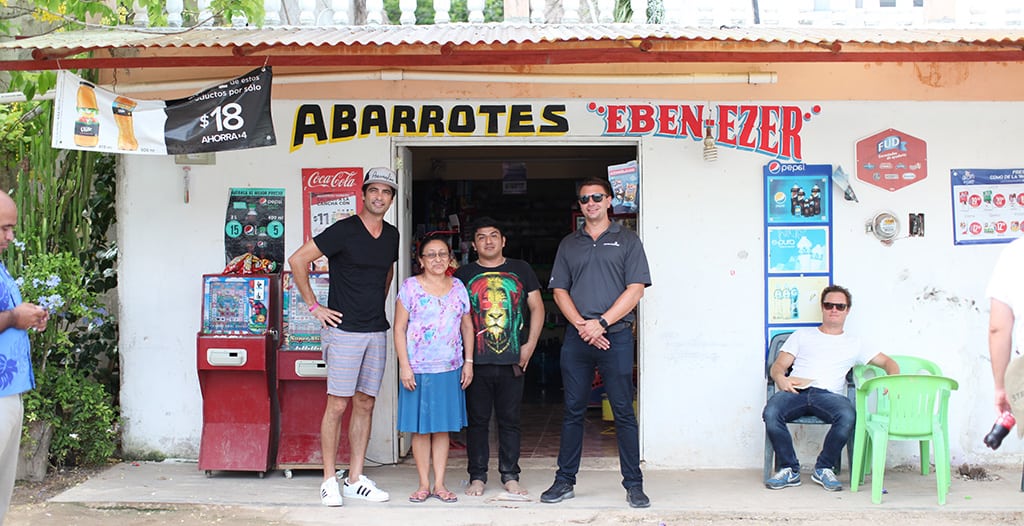 Viasat's Kevin Cohen outside a bodega in Mexico. The Community Wi-Fi service is often based in local markets like this.