Viasat’s current employment roster includes more than 400 “boomerang” employees – people who left the company and later returned. And while each story is different, the three we feature here share one striking commonality: Each returned with a renewed vigor that has yet to fade. 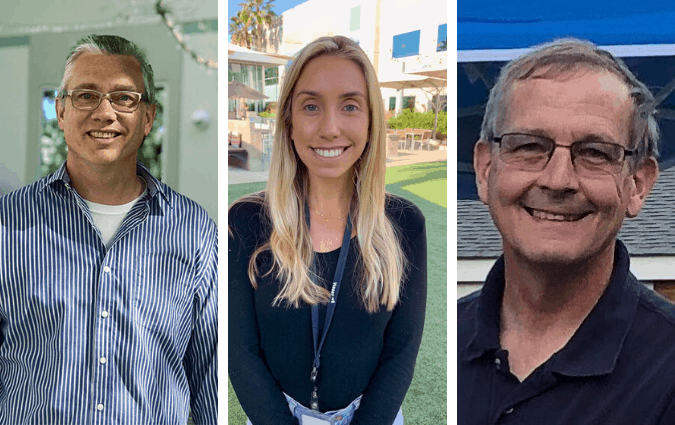 They left, then they came back – here are a few of their stories

When system engineer Mike Mulligan joined Viasat in 1994, his children hadn’t even started kindergarten. Viasat, then just eight years old, was a privately held company with a total of about 200 employees. It would not enter the satellite internet business for another 15 years.

Mulligan was the second employee hired at the company’s Massachusetts office – located 3,000 miles from the company’s Carlsbad, CA headquarters.

“Back then, since our office was so small, often there would be only one person left in the office to hold down the fort,” Mulligan said. “I thought it was a great company. The technological challenges, the energy, attitude and spirit were what attracted me to the company back then. And those things are also what brought me back.”

“I was excited to come back and be part of a team that’s pushing the technology envelope.”  --Mike Mulligan 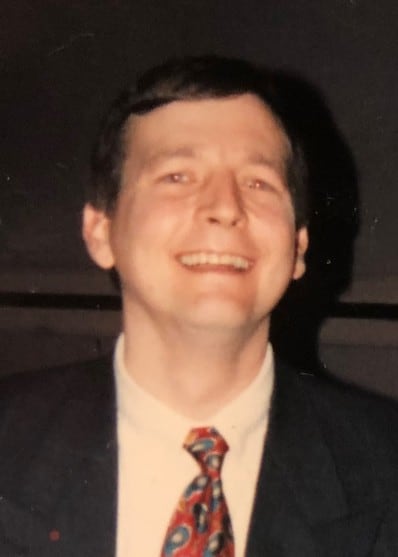 Mike Mulligan during his first stint at Viasat

Mulligan left Viasat in 1997 for a position at Massachusetts-based software company MathWorks, where he stayed for the next 19 years.

“At that point in my career, it felt like moving to California was the thing to do if I really wanted to grow with Viasat,” he said. “My kids were small and our family and support network is in the Northeast, so we did not want to be that far away.”

His career with MathWorks was rewarding, but Viasat never completely left Mulligan’s mind.

In 2016, Mulligan and another MathWorks coworker met with Viasat staff on a joint project. Mulligan re-established some old connections, and what he saw impressed him.

“It seemed like they still had that same energy, that same drive and vision,” he said. “I was excited to come back and be part of a team that’s pushing the technology envelope.”

In early 2017, Mulligan returned to Viasat, where he’s helping design algorithms necessary for bringing the next generation of Viasat service to homes. And though he and his wife are now empty-nesters, they’ve chosen to stay in Massachusetts.

“Videoconferencing and WebEx has made it a lot easier,” he said.

Despite dramatic growth and technological advances, Mulligan said the most important things about Viasat are unchanged.

“I am honestly amazed at how true to its original spirit Viasat has stayed,” he said. “It is a much bigger company, but I think that just translates to so many more people who are aligned with the same goals and vision. And I think that’s probably a tribute to the founders staying active and giving guidance all along the way.”

Mulligan said his second career with Viasat has felt “absolutely great.” So much so that like many long-time employees, he has no immediate plans to retire. The other four Massachusetts employees Mike worked with back then are also still with the company.

“I’m 61 and I often run into friends from college and high school who have retired or are about to,” he said. “I’m vaguely thinking when I turn 70, maybe. But right now, I’m having too much fun. I enjoy the people I’m working with, the people I’ve reconnected with and the challenges.”

Mulligan singled out CEO Mark Dankberg’s passion as one of the many reasons he stays so excited about his work.

“That sort of enthusiasm is infectious,” he said.

Viasat event coordinator Margaux Parizeau left Viasat for less than a year, a stretch of time she remembers as “the longest nine months of my life.”

Parizeau started with Viasat in 2015 as a marketing project manager. The company felt right, she said, but her position at the time didn’t. That plus a long commute prompted her to seek a position with another company.

“I found a job I thought was going to be great, but as soon as I walked into the building, I could feel the vibe was so different," Parizeau said. “Everyone was going to work and just working, but not really being themselves.”

“I’d much rather drive 45 minute each way here than work someplace close that I don’t like,” she said. “I love coming into work.” --Margaux Parizeau

Parizeau started keeping an eye on open positions at Viasat and eventually secured her current job, working in the government segment – a position Parizeau finds is a perfect match for her skills. And while those nine months were difficult, Parizeau doesn’t regret them.

“Now I really understand how good we have it at Viasat – the culture, the campus, and my team is amazing,” she said. “I feel like everyone at Viasat has the opportunity to show up as themselves, and I think there’s so much value in people being who they are. For me, it was good to get some perspective.”

Viasat encourages employees to chart their own path and explore different positions within the company rather than feel locked into one area of interest. Having lived it, Parizeau said that idea resonates more deeply with her now. It’s yet another aspect of the company culture that Parizeau appreciates.

“Viasat is a great company,” she said. “It’s ever evolving. As soon as you’re done being impressed with something the company’s done, Viasat does something new and impresses you again.”

The commute to work is just as long as before she left, but for Parizeau, it feels different now.

“I’d much rather drive 45 minute each way here than work someplace close that I don’t like,” she said. “I love coming into work.”

In 2006, Viasat’s Phil Lampe hit a career wall. The program management post he’d once loved no longer felt exciting to him. For Lampe, then a 12-year employee, a change was in order. A skilled, longtime home remodeler, he left the company to start his own business building concrete countertops.

“I was just really burnt out on engineering; I needed a change and wanted to do something very different – something creative and hands-on,” he said.

Self-employment was fulfilling, but Lampe found he missed working with a variety of people. His timing was also off, he said, citing the 2008 economic crisis.

“We built a whole ground system from scratch. From an engineer’s perspective, it doesn’t get any better than that.” --Phil Lampe

“I ended up closing after two years with somewhat mixed emotions,” he said. “But I missed engineering and I was ready to go back.”

Today, Lampe is director of global operations, a position unique from any he’s held before and one he thoroughly enjoys.

“From the day I came back, I was really motivated again, excited about engineering and enjoying what I was doing,” he said. “The two-year break – getting away and getting a fresh perspective – was probably just what I needed.”

Not only had Lampe changed in those two years, Viasat had, too. The company was developing ViaSat-1, which launched in late 2011, and Lampe was asked to take a leading role as project engineer.

“We built a whole ground system from scratch,” he said. “From an engineer’s perspective, it doesn’t get any better than that.”

He then advanced to be the ViaSat-2 program director, and now has shifted into global operations. Each change has come with new challenges and rewards, and deep career satisfaction.

“One of the things that stint away taught me was you need to change things up to keep it interesting,” he said.

Because he believes so firmly in that, Lampe said he never discourages anyone who tells him they’re pondering a change – either within the company or elsewhere.

“I always had a desire to start my own company, so I think I needed to experience that,” he said. “And while I enjoyed it, for me, it makes more sense to work for a place like Viasat.”

And for now, Viasat is home.

“The work, the people, the leadership – as an engineer, there aren’t a lot of better places to work,” Lampe said. “Listening to CEO Mark Dankberg speak is just inspiring. It not only helps you realize why we’re doing what we’re doing, his enthusiasm is infectious. Everybody else seems to share that attitude, too, and that makes working here fun.”